Akhimullah Anuar broke his duck as Malaysia finished third in the 9th edition of the Sultan of Johor Cup Under-21 Invitational Tournament with 3-2 win over Japan in the playoff at the Taman Daya Hockey Stadium in Johor Bahru on Saturday.

The victory would not have come at better for the Malaysians whose last podium finish was in 2015 also with a third-place finish in the six-nation tournament. Malaysia was the inaugural champions in 2011.

On Saturday the Malaysians took a 2-0 lead after 18 minutes but it was never smooth going for the host nation as Japan once again showed grit and determination and it was a torrid time for the Malaysians.

Akhimullah finally showed his hockey skills by whipping in an unstoppable on 14 minutes much to the delight of the home fans who had packed the stadium an hour before the match.

It was 2-0 for Malaysia four minutes later and this time Melaka lad Adam Aiman Mamat added his name to the scoresheet. Malaysia seemed in cruise mode but Japan jolted the host on 23 minutes with Riku Tamura on target from a penalty corner.

Leading 2-1 at halftime, Malaysia had to work overtime to cut Japan’s strong challenge. However, Malaysia found the rhythm again in the 37th minute to stretch the lead to 3-1 when Syafiq Hassan scored.

Japan once again reduced the deficit and this came in the 57th minute when their ace penalty corner hope Keigo Tamura hit home to make it 3-2 for Malaysia.

There were anxious moments at the last minute when Japan earned another penalty corner but the Malaysians cleared the danger.

“We are happy to have won. It is an achievement we deserve as the team showed improvement as the tournament progressed. We had our ups and downs but we managed to get a podium finish. 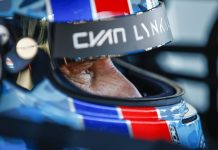