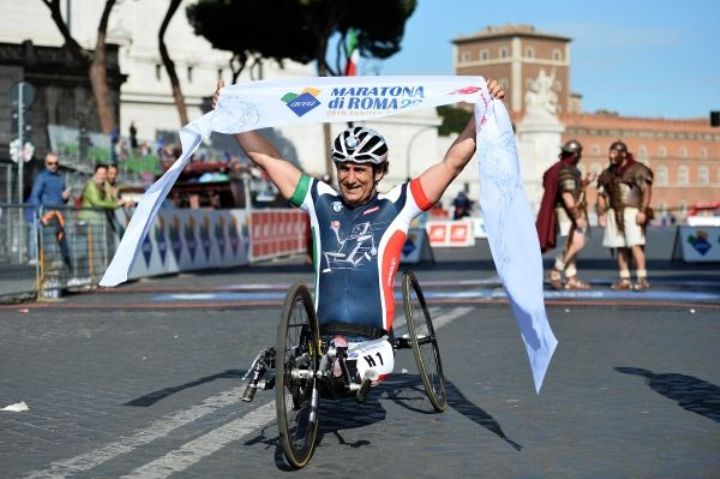 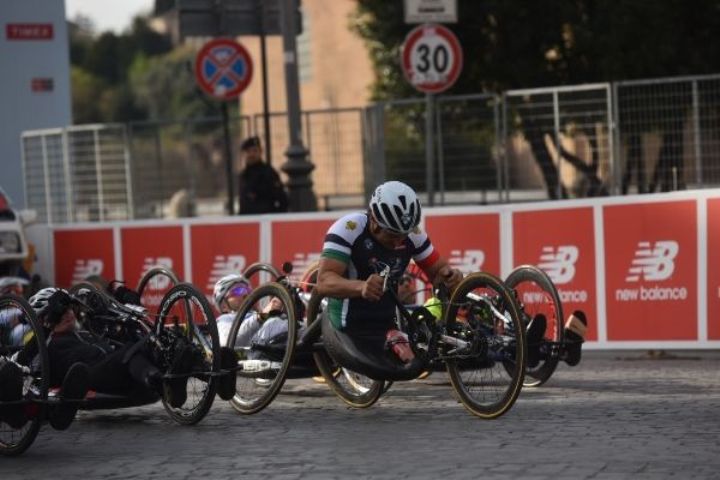 BMW Brand Ambassador Alessandro Zanardi (IT) has started his 2016 para-cycling season with a win and a new race record: this Sunday, the 49-year old celebrated his fifth victory at the prestigious Rome Marathon (IT). On this occasion, the BMW works driver also bettered the outright race record he set in 2012 by two and a half minutes.

This year Zanardi has no motorsport racing on his schedule, and is fully focusing on his para-cycling competitions.

The Rome Marathon’s 42 kilometre long route started and finished in front of the famous Colosseum and went through the Italian capital’s historic centre, passing numerous landmarks. The event dates back to 1995, and, with over 13,500 participants, is one of the biggest marathon events in Europe.

Zanardi contested the race on his handcycle with which he has already won eight world championship titles and two Paralympic gold medals. He completed the distance in the new record time of 1:09:15 hours. At the finish line he had an advantage of over six and a half minutes over second placed Mauro Cratassa (IT).

“It was a great day. The weather was nice and sunny, it is one of the best marathons in the world and I went there knowing that I could do well, as I knew how much I had prepared up to this point,” Zanardi commented. “It was interesting for me to see how my performance would be in comparison to my previous starts here in Rome. I was two and a half minutes faster than in 2012, when I set my previous record and was in full swing preparing for the Paralympics in London. So I am really happy because I performed very, very well.”

“The time of 1:09.15 hours is pretty good regarding how difficult the course is. The route goes through the centre of the city. A third of the course consists of cobblestone streets, overall it is very bumpy and you have a lot of tight turns. So it is not a circuit that you could call smooth and fast,” Zanardi added with a twinkle in his eye.

Next weekend, Zanardi will compete on his handcycle again at a para-cycling event at Marina di Massa (IT) in Tuscanny, with a time trial and a road race. He will use this event as a part of his training programme.