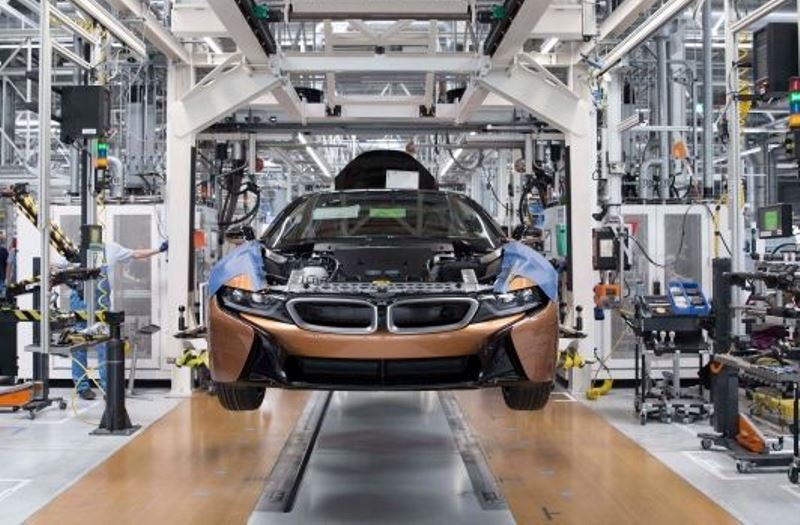 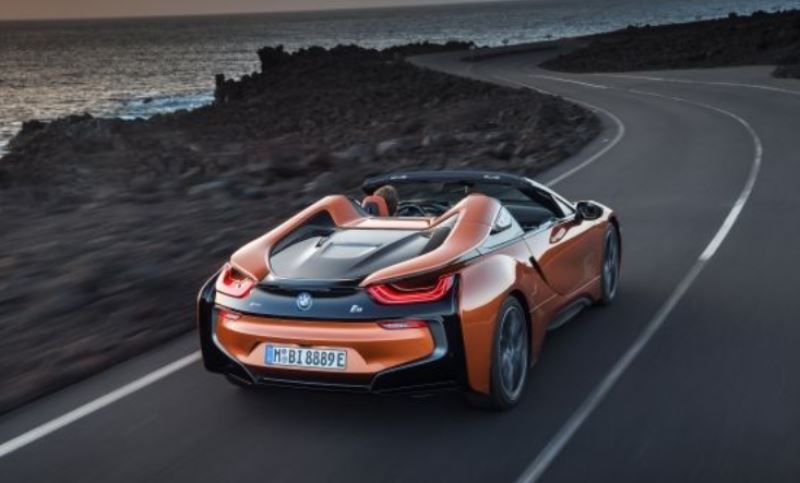 The BMW i8 Roadster oozes all the freedom of open-top motoring for two with an electrically operated soft-top; while the new BMW i8 Coupe stands out as an extremely sporty 2+2 seater. The familiar lightweight design measures used for previous BMW i models have been meticulously adapted to the specific requirements of the i8 Roadster. It comes with newly designed frameless gullwing doors made from CFRP with an aluminium outer shell.

Underpinning this new level of electric driving experience is an updated version of the lithium-ion battery developed for the BMW i8. The high-voltage unit is located centrally in the car’s underbody. Its cell capacity is up from 20 to 34 Ah and gross energy capacity rises from 7.1 to 11.6 kWh (net: 9.4 kWh). The electric range of the new BMW i8 Coupe in the NEDC test cycle has increased to 55 kilometres (34 miles)* and the new BMW i8 Roadster posts a figure of 53 kilometres (33 miles)*.

Plant Director Hans-Peter Kemser is pleased to welcome the latest addition to the BMW i family at BMW Group Plant Leipzig: “We are proud to produce another top-notch product at our plant. An important factor for that is the know-how and long-time experience of our employees in Leipzig with the production of electric vehicles. “ 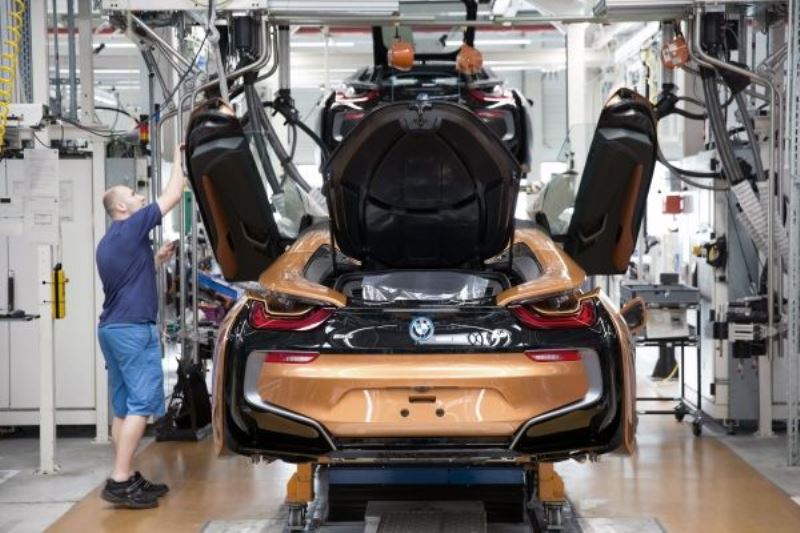 Since its launch in 2014 the BMW i8 is the world’s highest-selling plug-in hybrid sports car. Since 2013 the BMW i3 and since 2017 the sports version BMW i3s are built in the BMW i production in Leipzig. In total, 130 BMW i models are produced at the plant per day. The market launch of the BMW i8 Coupe and the BMW i8 Roadster starts in May 2018.

*The fuel consumption, CO2 emissions, power consumption and operating range figures were determined according to the European Regulation (EC) 715/2007 in the version applicable. The figures refer to a vehicle with basic configuration in Germany and the range shown considers the different sizes of the selected wheels/tyres and the selected items of optional equipment.

The values are already based on the new WLTP test cycle and are translated back into NEDC-equivalent values in order to ensure comparability between the vehicles. [With respect to these vehicles, for vehicle-related taxes or other duties based (at least inter alia) on CO2 emissions, the CO2 values may differ from the values stated here (depending on national legislation).]

The CO2 efficiency specifications are determined according to Directive 1999/94/EC and the latest version of the Pkw-EnVKV, and based (for classification) on the fuel consumption and CO2 values as per the NEDC cycle.