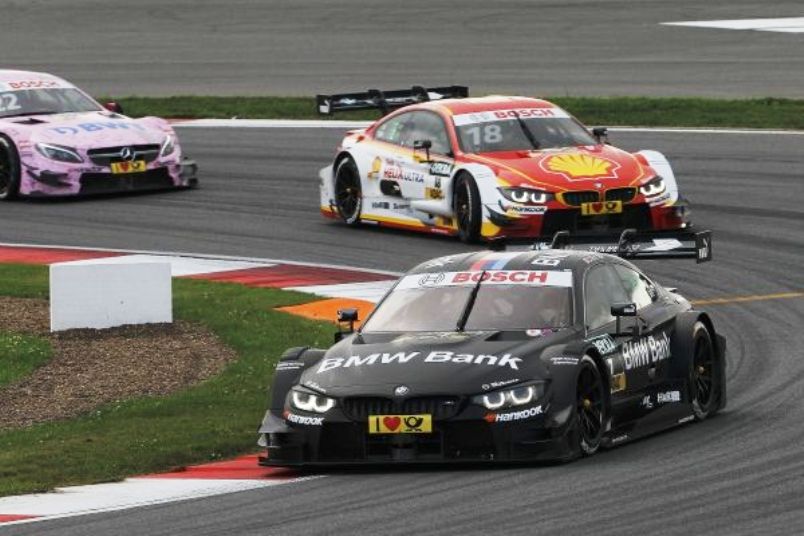 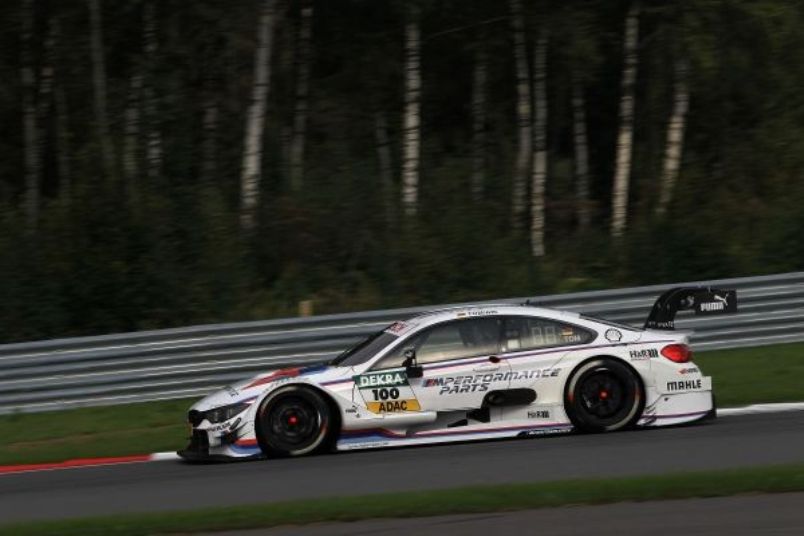 Four BMW teams will be competing on a track steeped in history at the 13th and 14th races of the 2016 DTM season: for decades, the Nürburgring (DE) has been the home of racing for BMW and the DTM. The upcoming weekend marks the 50th occasion since 1984 that a DTM race has taken place in the Eifel region.

In this period, BMW drivers have reached the podium 11 times in DTM races at the Nürburgring. In addition, there have been 19 overall wins for BMW in the legendary 24-hour race. The BMW M Performance Parts M4 DTM, driven by Martin Tomczyk (DE), will compete in a special anniversary design to commemorate this proud history, and to mark the 100th birthday of the BMW Group.

Ahead of the weekend’s races, BMW is currently top of all three DTM championship standings. Marco Wittmann (DE) has 130 points in the drivers’ championship after his second win of the season in the Sunday race at the “Moscow Raceway” and is 12 points ahead of his nearest challenger, Robert Wickens (CA, Mercedes). In the manufacturers’ championship, BMW is in first place with 436 points.

BMW Team RMG leads the team championship with 178 points. Stefan Reinhold’s (DE) team will enjoy home advantage on the 3.629-kilometre circuit. The team headquarters in Andernach (DE) are just a few kilometres from the Nürburgring.

From a sporting point of view, recent performances in front of their home crowd have been very successful for BMW Team RMG. In 2014, Wittmann claimed victory in the race to take a decisive step towards his title win. He also set a lap record of 1:23.175 minutes in the race, a record which still stands today. Last year, Maxime Martin (BE) triumphed for Reinhold’s team in the Saturday race.

Quotes ahead of the seventh race weekend of 2016 at the Nürburgring.

“Every year, the DTM event at the Nürburgring is one of the highlights of the whole season. BMW and the DTM share a long and successful history at this racetrack. We would also like to express our congratulations and celebrate the 50th DTM race weekend. We have also celebrated some great successes in the Eifel in recent years: in 2014 we had the win for Marco Wittmann, and then Maxime Martin won in 2015. We are now leading all three DTM championships as we arrive at the Nürburgring, but we know that it will not be easy for us there. Everything is so tight that every point counts in the last third of the season. I am very curious to see the special design the BMW M Performance Parts M4 DTM will be sporting this weekend. It is sure to be an eye-catcher in the race, celebrating the 100th birthday of the BMW Group.”

Stefan Reinhold (Team Principal, BMW Team RMG):
“The season has required a high level of concentration, and we have worked with BMW to make the best of it together. The whole team, and the drivers are extra motivated for our home race. In the past we have been able to celebrate some great successes at the Nürburgring, which were very emotional for us. We will do everything we can to be the best at the Ring this year too. We will also enjoy extra support from families and friends here, so we want to deliver our best performance for them too.”

“Moscow was a great success for us, with third and fourth in Sunday’s race, and finally rewarded the whole team for its hard work over the previous months. We want to take this positive feeling to the Nürburgring. Our goal is to progress from last year’s good results, when Bruno Spengler reached the podium in the Sunday race.

“With the exception of Zandvoort, no DTM circuit is closer to our headquarters in Belgium than the Nürburgring. So we feel right at home in the Eifel. Maxime Martin won there last year, and Tom Blomqvist performed well too. We will give our all to record some good results this year too.”

“The Nürburgring is legendary and has a proud history. So it is always special for us to compete there. The decisive phase of the 2016 DTM season is starting now. Our engineers, mechanics and drivers will do their best – hopefully they will be rewarded at the Nürburgring for their hard work over recent months, and also be able to contribute to BMW’s battle for the manufacturers’ title. We know that our loyal BMW fans will provide great support in the Eifel.”

“The Nürburgring is always worth a visit – and that is true for drivers too. It is like a second home race for me, as BMW Team RMG has its headquarters nearby. We have had very good results here up to now. I was able to win in 2014 and then Maxime did it in 2015. Especially after winning in Moscow, that is why I have a positive feeling about the race weekend at the Nürburgring.”

“I always really look forward to the Nürburgring, as we have had pretty good results here. Of course we hope the weather stays good. BMW Team RMG has always delivered good performances in sunny and dry conditions. The circuit is great too. I hope I have a bit more luck in these two races than I did in Moscow, and that we are rewarded for our hard work.”

“The Nürburgring really is a unique circuit. The atmosphere is very special and the fans are very enthusiastic. Of course the weather plays a big part, as you never know what it is going to be like. In the past we have had some good results on this circuit, so I am really looking forward to the weekend.”

“The Nürburgring is a special place in motorsport. Everything about it is really cool: the circuit, the place itself, the fans. I hope we have good weather – and hopefully we can also put on a good performance. Things have always gone well for me there. I can hardly wait to get to the Nürburgring.”

“I think we are well set for our trip to the Nürburgring. Last year I managed to get to fourth place in the second race and now I know the circuit a bit better. I do pretty well there. Of course it is a very different circuit to the one in Moscow. But I really like this variety.”

“The Nürburgring is very close to my home country, Belgium, and I managed to win the Saturday race last year. So, of course, it is nice to be going back there. I will do my best to get good results again, after not doing so well in Moscow.”

“This really is one of my favourite circuits – and always has been. I have recorded some pretty good results throughout my career at the Nürburgring. I would like to continue in that vein in the DTM. The whole team will give everything to be successful after some difficult recent races.”

“I always like coming to the Nürburgring. It is a great circuit and BMW has been able to celebrate a lot of wins there. The track is one of my favourite circuits, and I have reached the podium there a few times. So I am hoping to find some form again at this circuit. However the weekend goes: it will be a great weekend for BMW, as the brand is closely linked to the Nürburgring. I hope the fans like the anniversary design for my car as much as I do.”