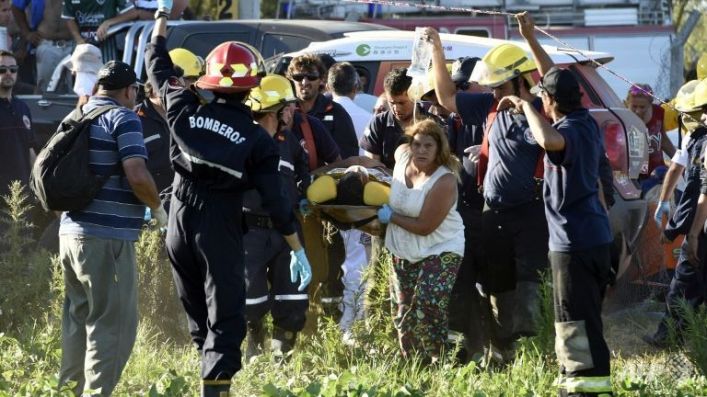 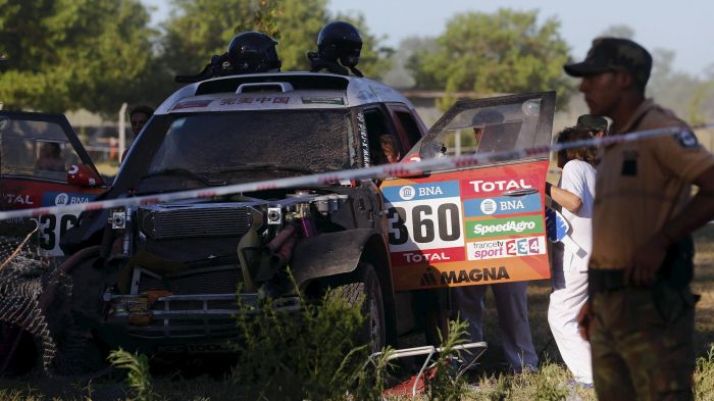 A ten-year-old boy and his father were seriously injured when a speeding car smashed into spectators during the prologue of the Dakar Rally on Saturday.

In total ten people — all spectators — were hurt in the accident on the first day of the endurance race, with eight others suffering less serious injuries.

“The joint resources of the organization and local forces have taken over and evacuated four injured, including two seriously affected,” organisers said in a statement early Sunday.

“Police have indicated that six more lightly injured have been transferred to hospital.”

The incident, which involved the Mini of Chinese driver Guo Meiling, saw the prologue — which takes place before the first stage Sunday — “neutralised” and immediately suspended in horrific scenes, race organisers said.

Guo’s car veered off the course at the 6.6-kilometer mark of the 11-kilometer prologue on a stretch of straight country road near Arrecifes, a small town 200 kilometers (120 miles) from the Argentine capital Buenos Aires.

A 34-year-old man and his son aged 10 were the two most serious cases and had to be rushed to hospital with one suffering head injuries and the other chest trauma, said race director Etienne Lavigne.

The injured were brought to hospital at Arrecifes, with the two more seriously injured later transferred to a hospital at Pilar, 50km from Buenos Aires.

“In total, we had 10 patients, including four children and one pregnant woman, who is ok,” said Daniel Modesto, head of the local hospital.

The accident left Guo’s car battered, its bonnet strewn on the ground, as emergency workers carted the injured off on stretchers.

An inquiry has been opened by local authorities with the Chinese team to be questioned by police shortly.

In 2015, Polish motorbike rider Michal Hernik died at the end of a stage, but the last accident involving spectators at the Dakar Rally was in 2011, when one person was killed.

Nine-time world rally champion Sebastien Loeb had safely negotiated the prologue in his debut on the Dakar Rally.

Frenchman Loeb is seeking to follow in the footsteps of Ari Vatanen, who won the Dakar in his first attempt in 1987, back when it was raced in Africa.

“It was important to clear the prologue and avoid any mistakes on the first day,” said Loeb, driving a Peugeot 2008 DKR, having raced almost exclusively for another French manufacturer, Citroen.

Sunday’s first stage is between Rosario and Villa Carlos Paz with rain expected during the day. – Agence France-Presse