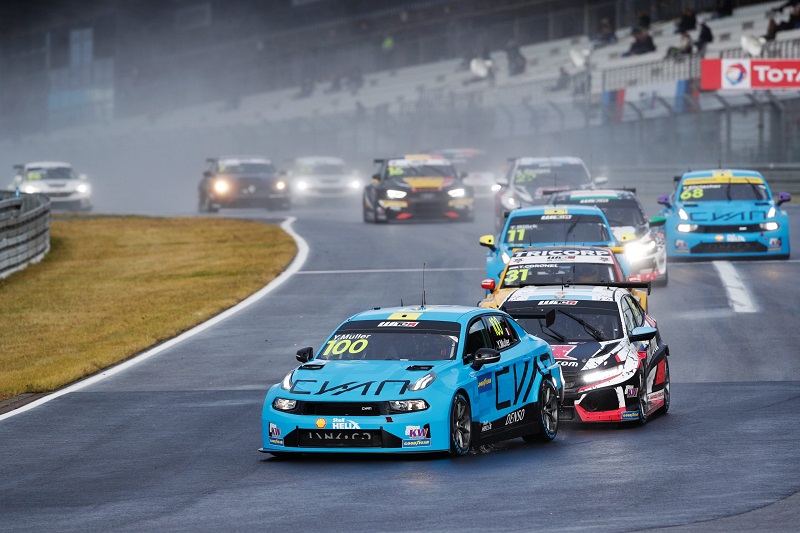 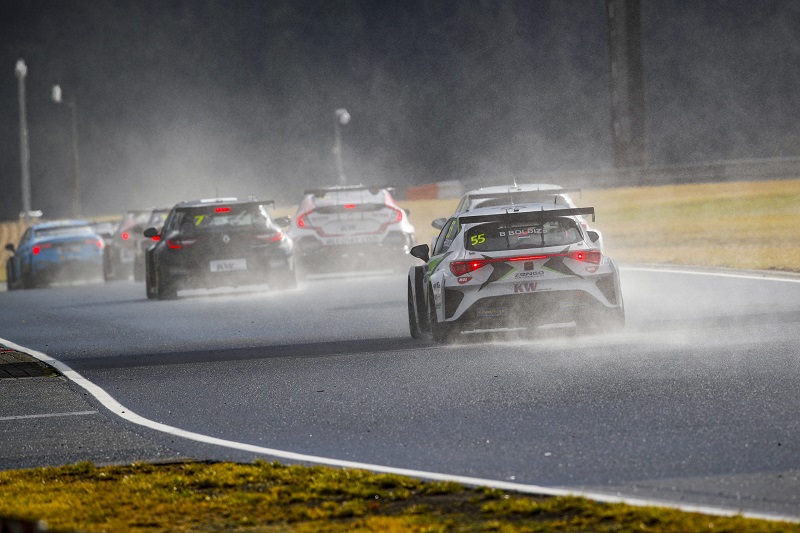 Esteban Guerrieri pulled off a brilliant pass on Yvan Muller to win Race 1 at WTCR Race of Germany in tricky conditions on the Nürburgring Nordschleife that required the use of Goodyear’s wet-weather tyres for the first time in 2020.

Then at the Aremberg right-hander Guerrieri made a brave move for the lead on the outside line, on a slippery track surface. The pair rubbed doors through the turn, but Guerrieri had the inside line for the following left hander and was through.

Guerrieri opened up a convincing lead to win the three-lap reverse-grid encounter on the 25.378-kilometre track ahead of a Lynk & Co two-three-four, as Muller headed his nephew, Goodyear #FollowTheLeader Yann Ehrlacher, and Thed Björk.

“The passing move was risky, but when you race an experienced driver like Yvan you can make it,” said Guerrieri, whose victory has kickstarted his 2020 WTCR campaign. “There was more grip on the outside. But I was on the grass twice on the first lap. I still made a gap and knew where the grip was from memories from last year. I’m very happy to be back on the podium again.”

Ehrlacher passed Björk late in the race to score a podium finish. “Sixth on the grid to third!” he said. “Those are important points in the bag. But we’re missing the fans here at the track.”

Tom Coronel clung on to fifth despite reporting a mechanical problem on his Comtoyou DHL Team Audi Sport Audi RS 3 LMS. The Dutchman started third on the grid and looked to challenge Muller for second on lap one, before slipping back into the clutches of Björk and Ehrlacher. Björk made a decisive move at the start of the third lap, taking the outside line at Turn 1 which gave him the inside route for Turn 2. The pair made contact, and Ehrlacher was able to take advantage and also slip past Coronel.

Among those to hit trouble at the Nordschleife included Nathanaël Berthon, who was forced to start late from the pitlane in his Comtoyou DHL Team Audi Sport entry. The Frenchman was still able to finish in P12, behind Gábor Kismarty-Lechner’s CUPRA.

Santiago Urrutia’s Lynk & Co and Attila Tassi’s Honda failed to make the finish following contact, as did Mikel Azcona, who retired his Zengő Motorsport CUPRA at the Karussell on lap one. Jack Young sustained heavy damage to the right front corner of his Vuković Motorsport Renault Mégane RS TCR and was also forced out.