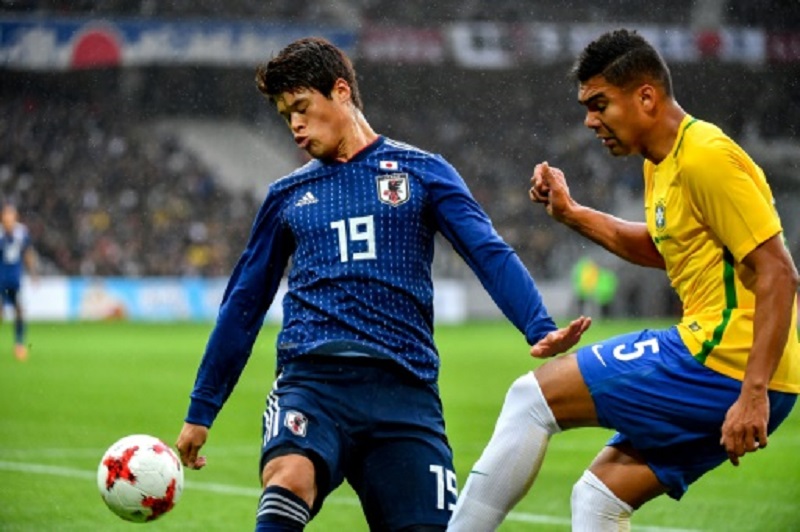 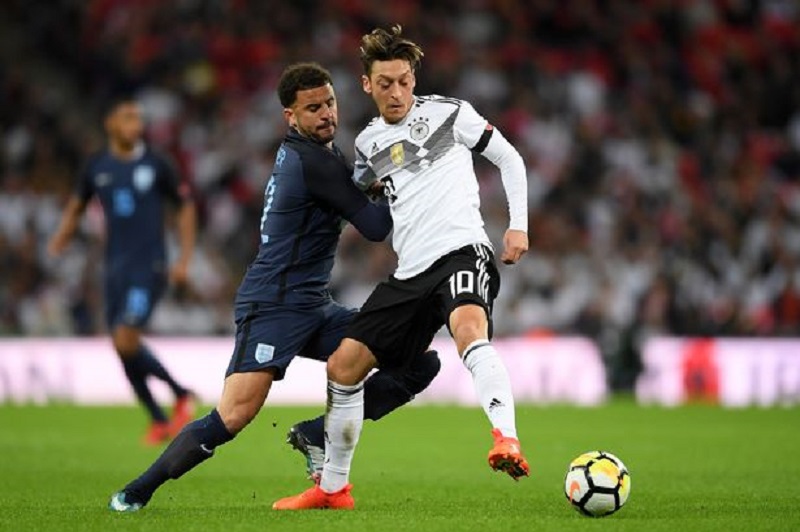 Neymar starred as Brazil ramped up their World Cup preparations with a 3-1 win over Japan on Friday, while France saw off Wales 2-0 in Paris and a new-look England held Germany 0-0 at Wembley.

In Lille, Neymar scored a penalty and missed another as Brazil outclassed Japan.

Neymar rolled in a 10th-minute spot-kick following consultation with the video assistant referee, although Neymar saw a second penalty saved shortly after by Eiji Kawashima.

Marcelo rifled in a magnificent second as Brazil doubled their lead on 17 minutes, with Manchester City’s Gabriel Jesus rounding off a clinical counter-attack before half-time to make it 3-0.

Tomoaki Makino nodded in a consolation from a corner on 62 minutes but Japan remain winless against Brazil, losing for the 10th time in 12 meetings.

“I’m really happy with what’s happening with the national team and (coach) Tite, we feel confident with him and believe in him,” said Neymar.

“I don’t know what was happening in their heads in the first half,” said Halilhodzic whose team has also qualified for the finals in Russia.

At the Stade de France in Paris, Antoine Griezmann rediscovered his goal-scoring touch with the first goal in a 2-0 victory against Wales.

Griezmann had scored only three times in 13 appearances for Atletico Madrid this term and was without a goal for his club since netting a penalty against Chelsea in the Champions League in September.

But he ended his drought by opening the scoring in the 18th minute on Friday, converting a pass from Corentin Tolisso.

Arsenal’s Olivier Giroud hit his 29th international goal in the second half to complete the win.

At Wembley, England debutants Jordan Pickford and Ruben Loftus-Cheek caught the eye as Gareth Southgate’s injured-ravaged side played out a 0-0 draw with world champions Germany.

Everton goalkeeper Pickford, 23, made a number of smart saves, while 21-year-old Chelsea midfielder Loftus-Cheek, who is on loan at Crystal Palace, produced an assured display in the number 10 shirt.

“We posed our own questions and I thought we used the ball well,” said Southgate.

Joachim Loew’s Germany came closest to scoring when winger Leroy Sane rattled the crossbar midway through the first half.

The Confederations Cup winners missed out on an eighth successive win, but they have now gone 20 games unbeaten ahead of their year-ending home game with France — the last team to beat them — on Tuesday.

“Both teams were very good and played well defensively. There weren’t many counter-attacks,” said Loew.

Missing star striker Robert Lewandowski, Poland drew 0-0 with Uruguay who were without Luis Sanchez in Warsaw.