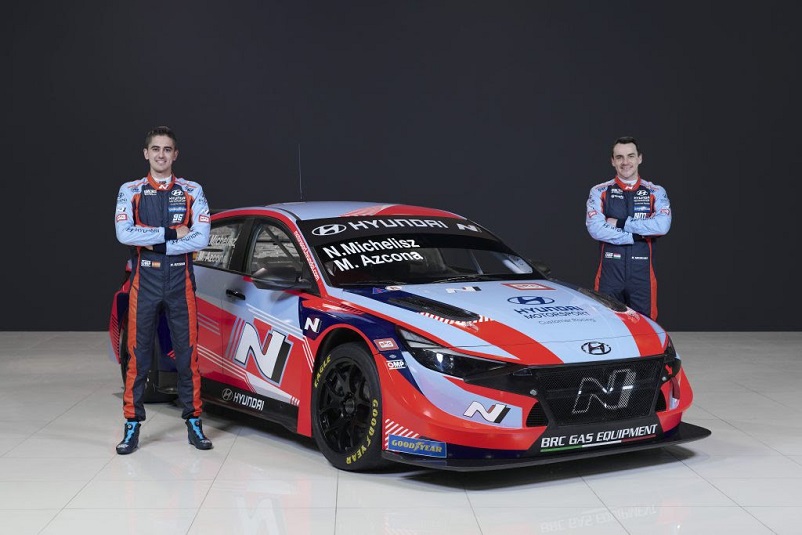 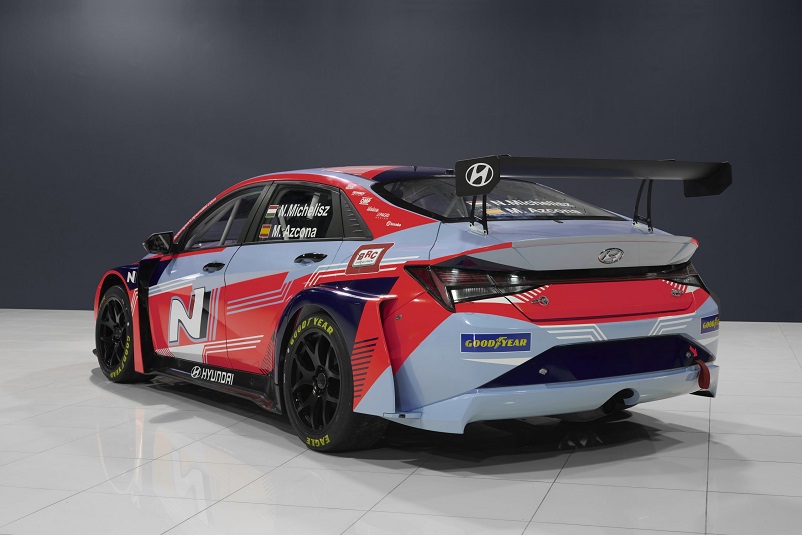 Hyundai Motorsport Customer Racing’s representative in the 2022 WTCR − FIA World Touring Car Cup used an online launch close to its headquarters in Cherasco, northern Italy, to show the striking design that will flank its pair of Goodyear-equipped Hyundai Elantra N TCR cars in 2022.

“The tests are going very well and there are some more planned for the next weeks,” said BRC Hyundai N Squadra Corse Team Principal Gabriele Rizzo. “As usual great results during the season come with good preparation and this year is more important than ever because we have a new driver, Mikel, joining the team. Honestly, we are happy and impressed how fast he was able to get speed in the car, the way he joined the team and the good cooperation he had with Norbi since the first test. It’s all very promising for the season ahead.”

Hyundai Motorsport Deputy Team Principal Julien Moncet said: “The live event in Cherasco was a great way to officially launch our customer’s WTCR season. Being part of the event was a great opportunity to meet with Gabriele Rizzo and the rest of the team as they continue their preparations for the season. With our Customer Racing support engineers, they have been able to complete some all-important testing in the last few months which will be invaluable when the racing starts.

“The WTCR grid is always incredibly close and the margins of victory are very tight. The extra work the team and drivers have done, together with the added year of experience with the Elantra N TCR after 2021, will hopefully put Hyundai cars at the front of the pack when the racing gets underway.”

Drivers pick their traditional numbers and look ahead to WTCR 2022
Mikel Azcona will use the same number #96 he’s carried since his race-winning debut WTCR season in 2019, while Norbert Michlesiz continues with his famous #5, his first campaign as a Hyundai-powered driver without long-term team-mate Gabriele Tarquini by his side following the Italian’s retirement. Both have high hopes for upcoming WTCR title chase.

“It will be my first [WTCR season] with Hyundai as the more experienced driver in the team which is exciting for me, even though it’s not a situation I’ve been in often before as I always feel I perform better when I have more responsibility and more pressure on me,” the 37-year-old Hungarian said. “Certainly Gabriele’s driving will be missed at the team, but I think Mikel is one of the best TCR drivers around. Even though our partnership as team-mates is still very new I am sure it will become just as successful as mine and Gabriele’s has been in previous seasons. For me winning the WTCR title for a second time has to be the goal. The Hyundai Elantra N TCR is a great car − we know that from last year − so there is no reason not to believe I can achieve that.”

Spaniard Azcona, 25, said: “The last few months have been very busy. Obviously my announcement as a Hyundai Motorsport Customer Racing driver created a lot of interest from people, but for me it was important to stay focused on my first tests with the Hyundai Elantra N TCR. When I got into the car in Aragón immediately I was very comfortable with the balance of the chassis, and able to work well with Norbi and the team. After racing against Hyundai cars for some many years I have high expectations, but everything so far has been great. We’ve been able to do quite a lot of testing – which I’ve not had the opportunity to do for the last few years − so I feel like I’m in a very strong position to the start the WTCR − FIA World Touring Car Cup season at Pau in early May.”