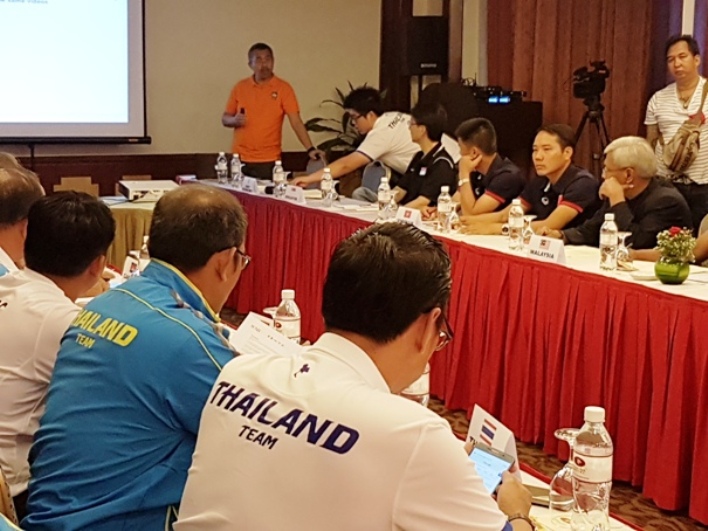 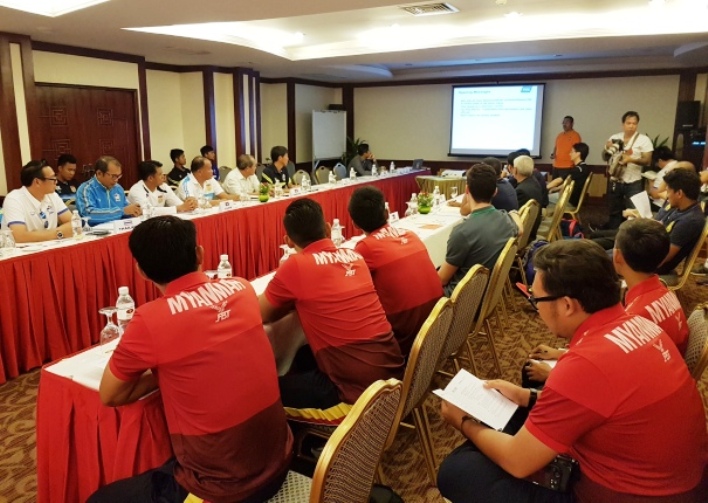 Following the recent series of updated Laws of the Game by the International Football Association Board (IFAB), a briefing was conducted this morning for the players, coaches and media ahead of the AFF Smart Under-16 Championship which kicks off tomorrow.

All 11 representatives from the participating teams were present alongside the media where they were briefed by Rodzali Yaacob, FIFA’s Refereeing Development Officer in Kuala Lumpur.

Pertinent to the tournament participants, a summary of law changes were explained which included Denial of an Obvious Goal Scoring Opportunity (DOGSO), equipment, fouls off the field, interference with play by a substitute or team official and penalties.

The participants were also reminded on the sending off offences, substitutions and the treatment of injuries.