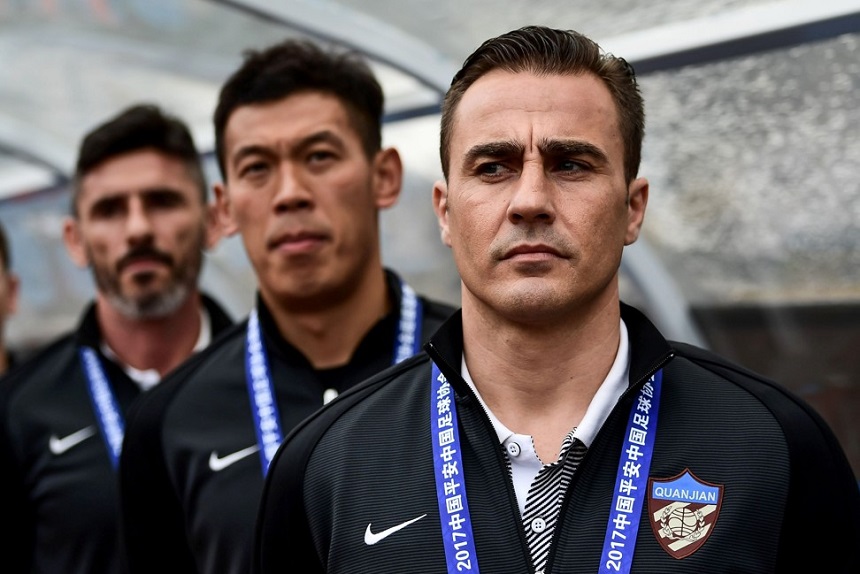 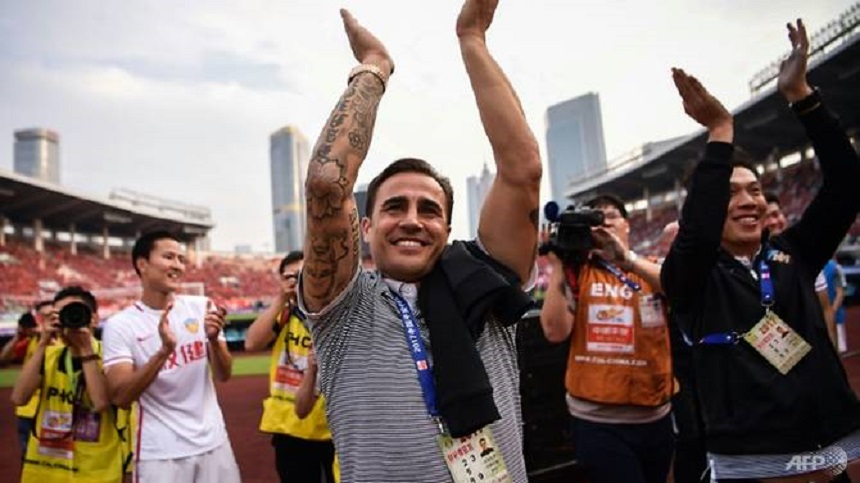 Fabio Cannavaro has resigned as coach of Tianjin Quanjian, the club announced Monday, just days after steering them to an AFC Champions League berth and with rumours swirling he will return to seven-time Chinese champions Guangzhou Evergrande.

The Italian World Cup winner, who engineered the club’s promotion to the Chinese Super League (CSL) last year and a third-place finish in the top tier this year, will be succeeded by former Portuguese international Paulo Sousa, the club said.

A brief statement by Tianjin said Cannavaro’s departure came after “friendly discussions” with the club, which praised the coach for his successful time at the helm.

Neither Tianjin nor Cannavaro gave any immediate indication of his plans, but the 44-year-old Italian, world player of the year in 2006, has been linked to a possible move back to Guangzhou Evergrande.

Cannavaro coached Evergrande briefly in 2014-2015 and the job is open again after Brazilian coach Luiz Felipe Scolari confirmed at the weekend that he was leaving after wrapping up the club’s seventh straight CSL title.

“It hurts me to leave Guangzhou, this group, but that’s life,” Scolari, 68, told reporters.

“We all came out of this happy: me, Guangzhou, the players, and I hope I didn’t disappoint you,” he said in a video clip uploaded to Chinese social media.

Scolari did not rule out coaching another Chinese club in future.

Scolari’s side were beaten in the season’s final game on Saturday by Cannavaro’s Tianjin.

Tianjin’s 2-1 victory, coupled with a loss by Hebei China Fortune, propelled them into third place in the CSL, meaning they will contest the AFC Champions League playoffs next season.

Sousa, a defensive midfielder for such iconic European teams as Benfica, Inter Milan and Juventus, has spent more than a decade as a coach, most recently with Serie A side Fiorentina.

Sousa told reporters he was lured to Tianjin by the ambitions of the club and its chairman, cosmetics and healthcare tycoon Shu Yuhui.

“Mr. Shu is investing in football and he wants to keep progressing. He showed me his desire, his ambition and is looking for my support,” Sousa told reporters.

Tianjin said it “fully hopes that Mr. Paulo Sousa can lead Tianjin FC to new heights in the new season and bring joy to football fans”.

Cannavaro is popular among Tianjin fans due to his winning ways but also his penchant for mischievous posts on Chinese social media that made light-hearted fun of players, such as taking pictures of them sleeping on team buses.

“STAY! DONT LEAVE US! If you must leave, we also wish you (well) and please remember Tianjin fans love you,” said one fan on Weibo, China’s Twitter-like platform.

Another wrote: “Wherever you go, we will continue to bless you. Tianjin Quanjian is established with your wisdom, your perspiration, and your efforts.”-Agence France-Presse