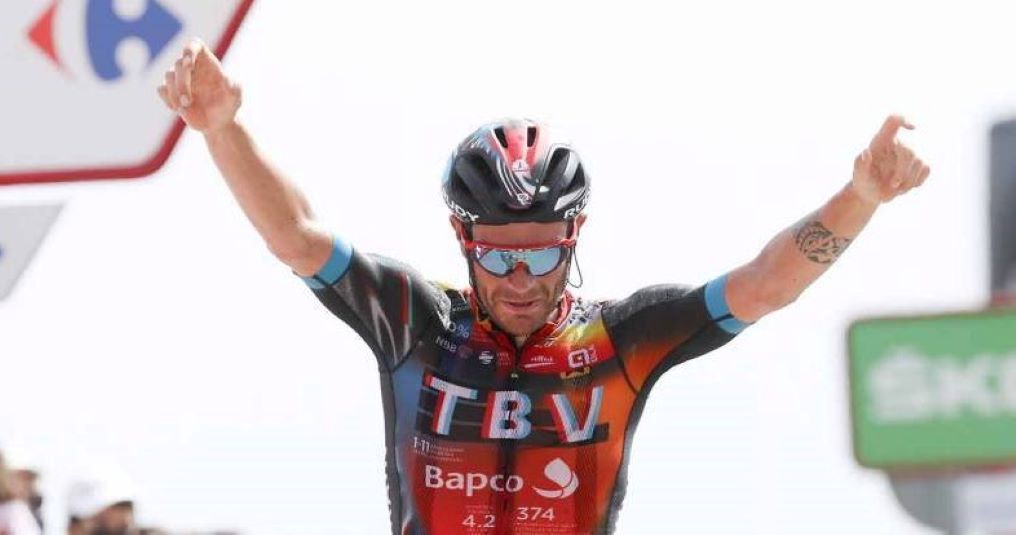 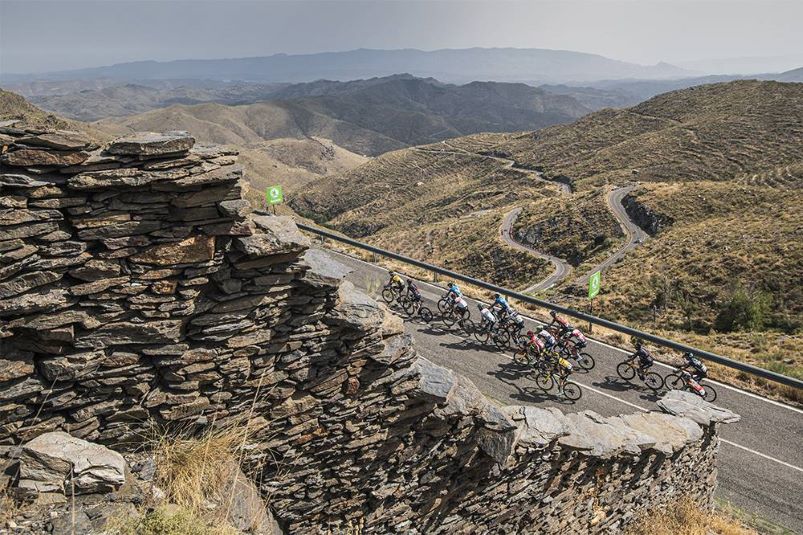 Damiano Caruso (Bahrain Victorious) claimed an impressive stage win atop the Alto de Velefique, on stage 9 of La Vuelta 21, after an action-packed day in the Andalusian mountains. The Italian climber was part of the breakaway that only emerged after 90km of battle.

And he went solo on the slopes of the Alto Collado Venta Luisa with 71km to eventually fend off the GC contenders on the final climb of the day. Second of the stage, Primoz Roglic (Jumbo-Visma) tightened his grip on La Roja ahead of Enric Mas (Movistar Team) on the eve of the rest day. Egan Bernal (Ineos Grenadiers) and Mikel Landa (Bahrain Victorious) struggled on the Andalusian climb.

There are 175 riders left in the peloton of La Vuelta 21 as they roll from Puerto Lumbreras to face a brutal mountain stage on the eve of the first rest day: more than 4.500m of elevation to reach the summit finish at Alto de Velefique. And these mountains inspire the most combative riders, as it takes 90km of attacks and counter-attacks for the break to get away after two hours of battle!

Caruso decides to accelerate 14km away from the summit and nobody can keep up with him. Bardet, Tusveld, Majka and Amezqueta go over the top with a gap of 1’25’’. The rest of the attackers have been caught by a reduced GC group, now trailing by 1’55’’.

Damiano Caruso keeps pushing on the downhill and on the penultimate climb while Ineos Grenadiers stop chasing with 40km to go. Geoffrey Bouchard (AG2R-Citroën Team) makes the jump to the chasers while Tusveld is dropped. Bardet, Majka, Amezqueta and Bouchard trail by 2’30’’ into the last 20km, while the gap to the bunch is up to 4’50’’.

Ineos Grenadiers are back at the helm of the GC group on the final climb, While Caruso maintains a strong pace at the front, his leader Mikel Landa is dropped with 10km to go. Adam Yates attacks 1km further up. Soon, a select group emerges with the Brit, his Ineos Grenadiers companion Egan Bernal, Primoz Roglic, and the Movistar Team duo Enric Mas – Miguel Angel Lopez. Jack Haig (Bahrain Victorious) also gets in the mix.

After another round of accelerations, Mas attacks with 5km to go and only Roglic can follow him. The two men work together to gain time on their rivals while Caruso manages to resist them. The Italian climber wins 1’05’’ ahead of Roglic, more than ever the leader of La Vuelta 21, and 1’06’’ ahead of Mas, now trailing by 28’’ on GC. Haig, Lopez and Yates are the strongest behind them, losing some 40’’. Bernal loses a minute and Landa drops 4 minutes. – www.lavuelta.es