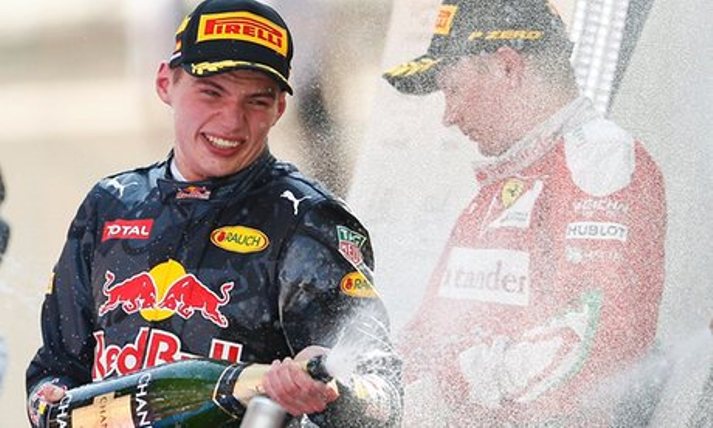 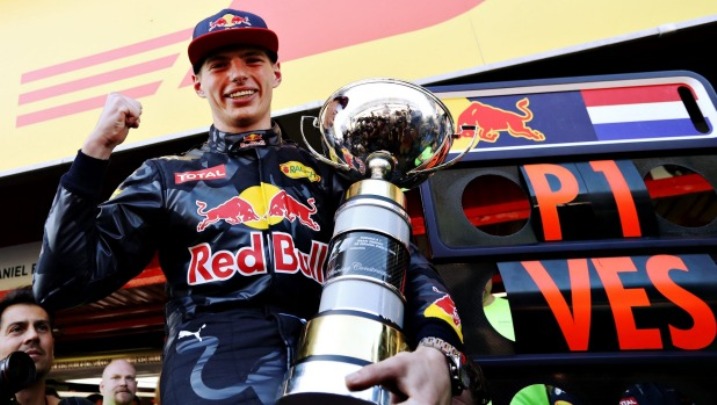 Record-breaking teenager Max Verstappen handled his triumphant arrival as a global sports star with the same cool aplomb he showed behind the wheel on Sunday.

Mobbed by microphones and cameras, he beamed with pleasure just as he had while steering his Red Bull car to a maiden victory -– and a place in sportshistory –- at the Spanish Grand Prix.

“Mmmm!” he said. “Yes — the champagne, it tastes very nice. But this is all a bit unbelievable for me. I was hoping to enjoy myself, but my target was to finish on the podium if I could. Not to win.”

At 18 years and 228 days, he is now not only the youngest man to race in Formula One, but also the youngest to score points, finish on the podium and win a race, taking all of those records from four-time champion Sebastian Vettel, who had set them when he, too, was a Red Bull driver.

On Sunday, Vettel finished third, separated from the remarkable Dutchman by his Ferrari team-mate Kimi Raikkonen, a 36-year-old veteran of 235 races -– to Verstappen’s 24 -– who had also, as he reminded him, raced in F1 against his father.

“Yeah,” said Raikkonen, whose future with the Italian team was threatened recently by the potential arrival there next year of Verstappen. “And that, for me, is pretty scary.”

Almost incredibly, Verstappen had only joined the Red Bull team a week earlier, in a shock promotion from the Toro Rosso outfit.

It was, for him, a new car, a new team and a new world of expectations and pressure. It also meant he was no longer free to leave Red Bull and join a rival team.

“I don’t have the words to explain it,” he said. “I was in good company on the podium because Kimi raced against my dad and that’s funny! He reminded me, too. It’s nice isn’t it?

“I was not nervous in the race, but I was focused a lot on making no mistakes and looking after the tyres. On my in-lap, I had a bit of cramp, but that’s just a part of it all.”

His was Red Bull’s first win since the 2014 Belgian Grand Prix and first without Vettel in the team. It was also the first by a Dutch driver in the history of Formula One. No wonder his father Jos was moved to tears.

“You know, from a very young age, my dad has always supported me a lot,” he said. “Oh, and my mum, of course. I wouldn’t be here without her.”

After the laughter, speculation about his future and evaluation of his potential began in the paddock.

“He has an astonishing level of maturity when he doesn’t have anything to draw on,” said British former driver Martin Brundle on Sky Sports. “He’s got here, to this position, even faster than I thought he would.”

Former champion Damon Hill said: “It’s not just a great motor-racing story. It is a staggering globalsports story. It is truly incredible.”

The previous youngest winner, Vettel, was more than 21 years and two months old when he won the 2008 Italian Grand Prix with Toro Rosso.

He has since gone on to win four world championships and joined Ferrari, leaving Red Bull and his former glories in his past.

On Sunday, he met his successor -– and the future -– in the shape of a kid declared “too young” when he arrived and only passed his road car driving test on his 18th birthday last September. – Agence France-Presse