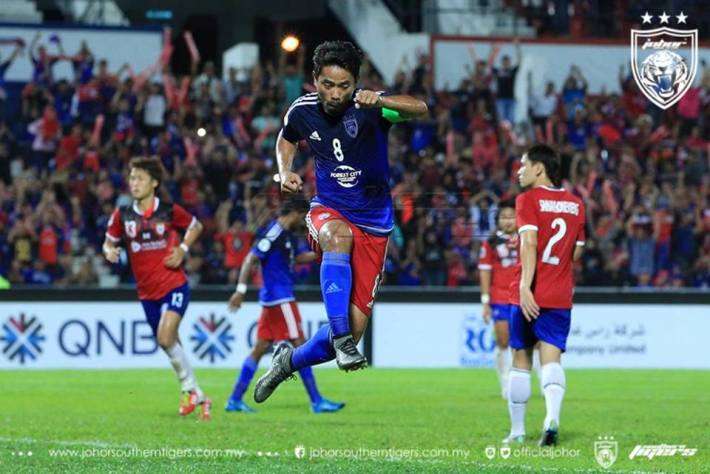 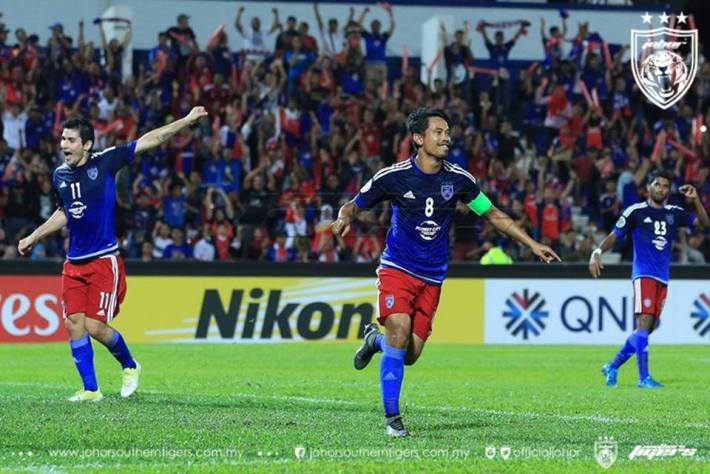 Two red cards and two penalties turned out to be the highlights in the Group H match in the AFC Cup competition as defending champions Johor Darul Takzim swept to a 3-0 win over Lao Toyota at the Larkin Stadium in Johor Bahru on Wednesday.

It was JDT’s third win in as many matches having beaten Ayeyawady United of Myanmar 8-1 at the same venue in their opening match. In the second match JDT edged JSW Bengaluru 1-0 on their second match away.

From the ensuing spot kick skipper Safiq Rahim, who came in as a second half substitute for Fazly Manan, sent Lao Toyota keeper Vathana Keodouangdeth the wrong way for JDT’s opening goal.

There was more penalty drama when JDT earned a second spot kick on 74 minutes and Safiq took his AFC Cup tally to six goals to continue his rich scoring form in the competition – making no mistake from the spot after S. Chanturu was felled inside the box by Phatthana Syvila.

There was more to come for the 17,000 fans at the Larkin Stadium – the home of the Southern Tigers – when JDT’s S. Kunanlan was sent off for an early shower for a second bookable offence.

International Amri Yahya finalised the score at 3-0 for JDT when he brilliantly outwitted Vatham in injury time and get his name into the score sheet,

Meanwhile in another Group H match played at the Youth Training Centre in Yangon, JSW Bengaluru pulled off a 1-0 win over Ayeyawady United to move into second place behind JDT with three points.

Skipper Sunil Chehhtri scored the winner for Bengaluru in the 34th minute.