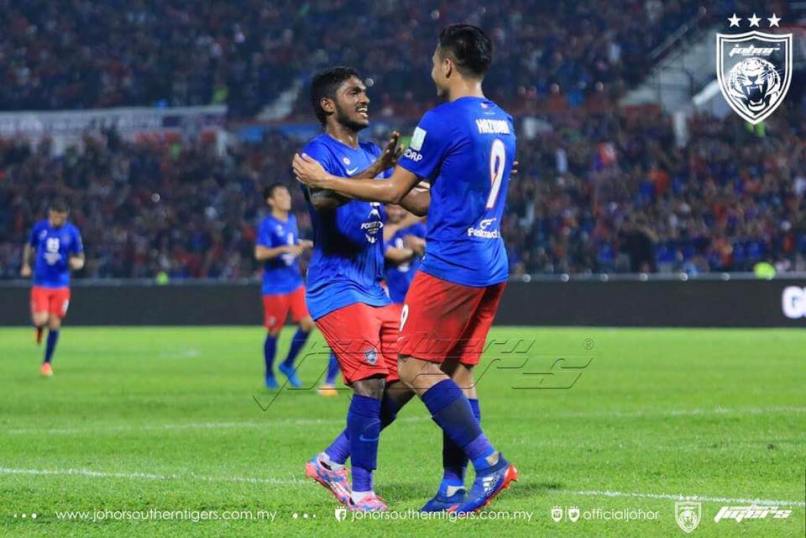 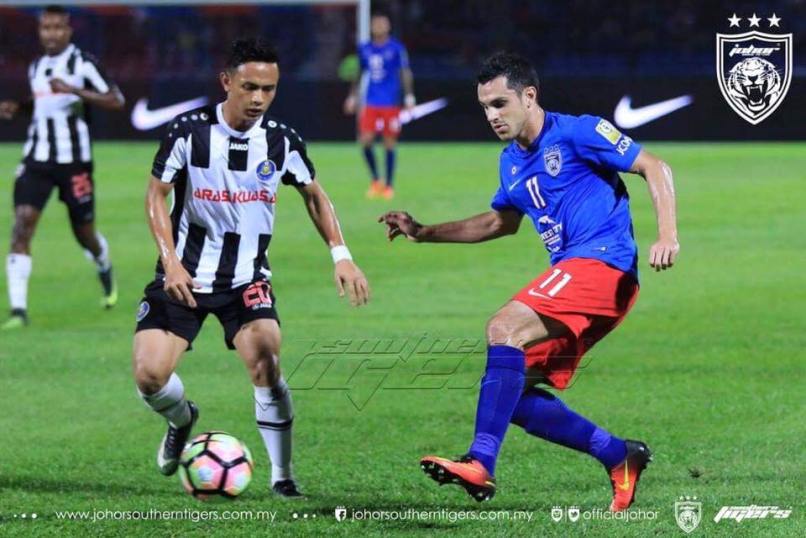 # Alves double not enough for Pahang

# Kedah could go top if they beat Malacca on Saturday

Johor Darul Takzim are putting the hiccups aside and the 3-2 come-from-behind win over leaders Pahang at the Larkin Stadium in Johor Bahru on Friday are signals that the defending champions are far from over.

The Southern Tigers roared to full points in a thriller which could see Kedah regain their top spot in the 12-team if they can beat newly promoted Malacca United at the Darulaman Stadium in Saturday.

Former Selangor striker Hazwan Bakri, who moved to JDT this season, is finally delivering and hit a brace at the Larkin Stadium.

He drew the Southern Tigers level on 30 minutes – tucking home a rebound off Pahang goalkeeper Wan Azraie Wan Teh who had earlier blocked Safiq Rahim’s spot kick for hands by a Pahang defender.

Labuan-born Hazwan was celebrating again in the 36th minute when he put JDT 2-1 up off Safiq’s pass.

Pahang had earlier gone 1-0 up after 14 minutes through Matheus Alves who drilled home a power packed low drive after being set-up by a teammate who capitalised on Junior Eldstal’s poor pass in midfield.

JDT were 3-1 in front in the 56th minute with Safiq putting the finishing touches to a S. Kunanlan setup.

However, the Elephants, who have gone great guns so far this season under coach Dollah Saleh, were not giving up and reduced the deficit with a second goal by Alves which came in the 67th minute.

JDT, however, held on for the 3-2 scoreline and bagged three vitals points which gave them a 14-point total and third place in the league after seven matches.