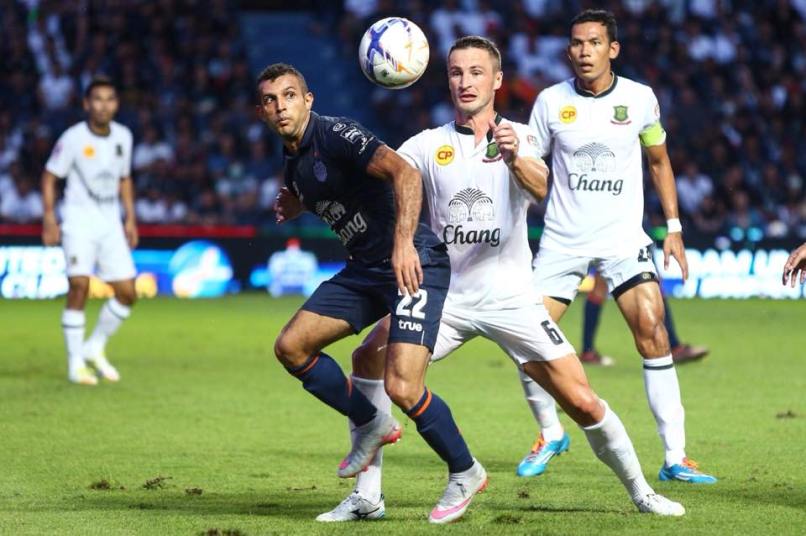 Defending champions Buriram United moved up to third in the Thai Premier League 2016 when they edged Army United 2-1 at the Thai-Army Sports Stadium.

Bruno Moreira gave Buriram the lead after just 15 minutes before Army United leveled up with Josimar’s penalty seven minutes into the second half.

But Buriram were determined to make up for lost ground in the TPL 2016 this year when Supachok Surachat slotted home the 81st minute winner.

The win pushed Buriram to third with 52 points from 28 matches played.

TPL leader Muangthong United still maintained their hold at the top of the table following their easy 4-1 home win over Pattaya United as second-placed Bangkok United dropped points after their 1-1 draw against Nakhon Ratchasima.