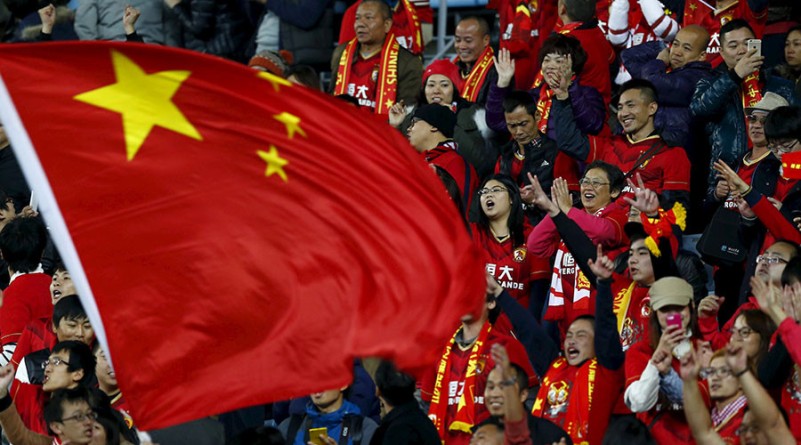 A top Chinese football official has urged FIFA to realise the “dream” of China’s fans by bringing the World Cup to the giant Asian nation in 2030 — or even sooner.

Zhang told AFP that “it’s not very easy” for China to hold the World Cup in 2026. But he said the final decision was up to world body FIFA.

“Every Chinese football fan has a dream — to host a World Cup in China,” Zhang said in an interview in Goa, where an Asian Football Confederation (AFC) extraordinary congress was aborted on Tuesday.

“According to their charter it’s not very easy for us to get 2026… I of course hope it can be here sooner, but FIFA has their charter and we follow their decisions,” added Zhang.

Russia will host the next World Cup in 2018, before Qatar in 2022, with China, the world’s most populous nation and second biggest economy, keen to follow soon after.

With President Xi Jinping eager to host and even win football’s biggest tournament, conjecture is centring on when rather than if the World Cup will go to China.

Hosting the World Cup looks far more realistic than winning the competition, as China’s sole appearance in 2002 ended without a single point or even a goal.

China’s national team are currently ranked 78th, sandwiched between St Kitts and Nevis and Guatemala, although they remain in the running to reach Russia 2018.

Zhang could be in line for a powerful voice in FIFA as he is standing for a seat on the body’s new council, which has replaced the scandal-prone executive committee.

The AFC aborted elections to the council on Tuesday in protest at FIFA’s decision to bar a Qatari candidate. A reorganised poll is expected early next year.

Chinese football has made huge strides in recent years owing to the rise of its domestic league, whose lavishly financed clubs are attracting top players and managers.

Zhang said the Chinese Super League now wanted to reach the level of the top divisions of Europe, which remain the world’s leading football competitions.

“We have attracted a lot of players to the Chinese Super League and companies have invested so much money,” said Zhang.

“It’s a good thing for us but we should be professional and try to be a better league and catch up with the higher levels of European leagues,” he added.

Zhang was also confident that China’s growing legion of foreign players would help the national team, rather than hinder the development of home-grown talent.

“China’s national team is a problem. Obviously we haven’t been very good over the past few years,” said Zhang.

“But the Super League is a very important base for the national team and you can notice we’re trying to build our national team better,” he added. – Agence France-Presse