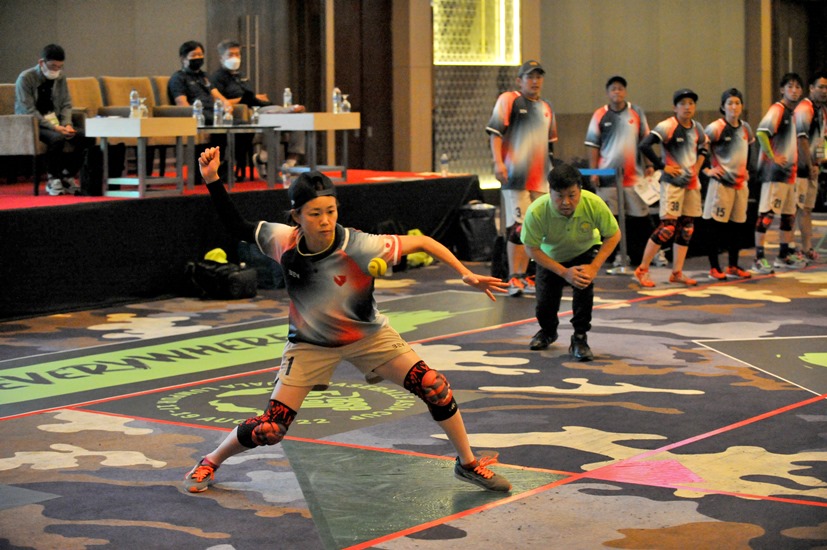 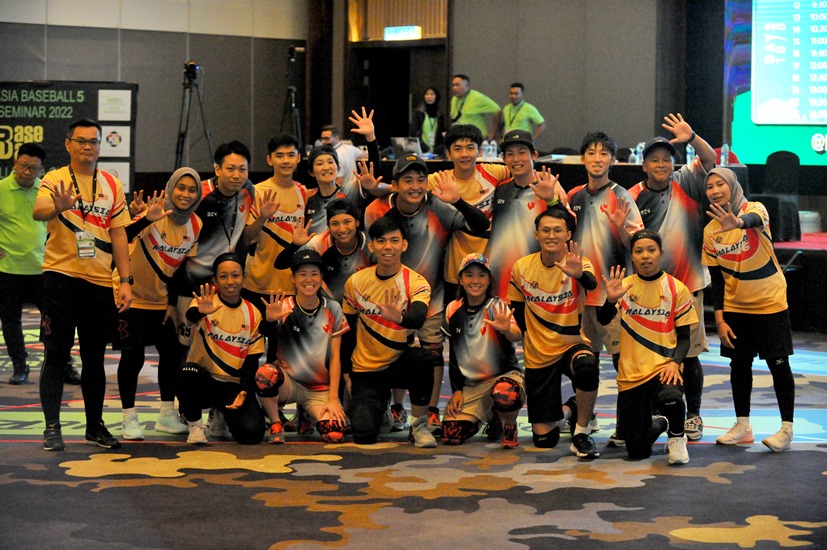 Chinese Taipei has emerged as the dominating force in Baseball5 in Asia with them emerging tops in the Super round of the Baseball5 Asia Cup (World Cup qualifier) today, after having downed the other top team in the competition –  Japan.

Japan who dominate in world rankings in baseball and softball as number one and two respectively in the world, looked set to extend their dominance to Baseball 5, looked set to emerge, but Chinese Taipei dashed their hopes today.

Japan who had convincing wins over Malaysia (15-0), Singapore (10-0) and Korea (15-0) in their earlier matches, saw Chinese Taipei send them reeling to their first defeat in their final Super Round match in a close fought battle – 1-3.

Thus, Japan had to settle for the second spot after the Super Round while Korea finished third to reach the semifinals tomorrow.

Japan look set to have another chance to redeem their defeat to Chinese Taipei if predictions to see them meet in the final materialises.

While the final berth for the semifinals was left to be battled out between Hong Kong, Malaysia and Singapore, the former, put themselves in the driver’s seat for the berth when they beat host Malaysia 10-8 in the tie-breaker after 8-8 at the end 5 innings, after an earlier loss to Chinese Taipei (0-22).

Malaysia looked set to beat Hong Kong going into the fifth inning with a 7-5 lead, but the former batting first, had three runs in the fifth, before Malaysia managed to force the game to go into a tie-breaker when they levelled 8-8.

But nerves took the better of Malaysia trying to score three runs after Hong Kong went ahead 10-8 and had to bow out.

Hong Kong confirmed their semifinals berth with a 6-0 win over Singapore in their final Super Round match.

Malaysia finished fifth in the tournament after beating Singapore 5-3 in their final Super round match, while the latter finished sixth.

Tomorrow’s final day of the competition will determine the top three qualifiers for World Cup in Mexico in November.

All indications are that Japan, Chinese Taipei and Korea will make the cut.

The Super Round matches were played as single 5-innings games to determine winners unlike in the preliminary rounds it was over a best of three games of each game had five innings.

And matches played between two countries in the preliminary round stood in the Super Round and the teams will not play again.

However tomorrow, the Bronze ad Gold medal matches tomorrow will revert back to the best of three games.

FINAL STANDING FOR SEMIFINALS AND PLACING AFTER SUPER ROUND

SEMI FINALS MATCH UP FOR TOMORROW