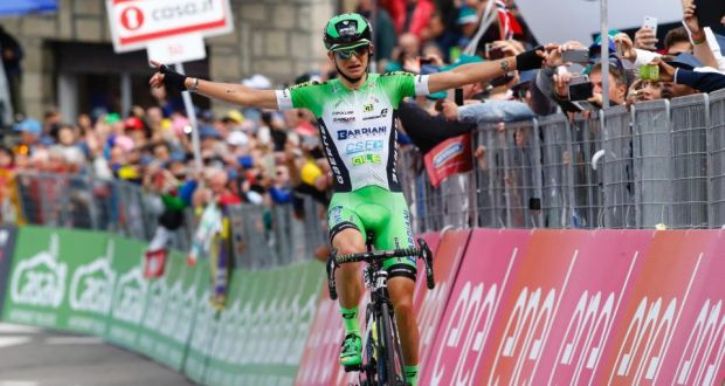 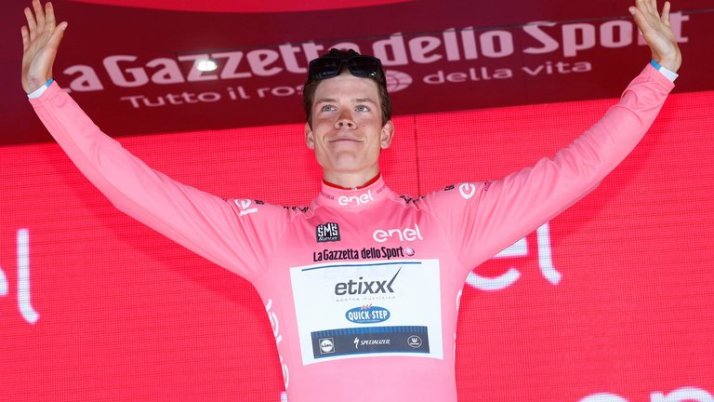 Italian Giulio Ciccone on Tuesday won the tenth stage of the Giro d’Italia, which was marked by the withdrawal of Sky team leader and race favourite Mikel Landa.

Luxembourg’s Bob Jungels took the leader’s pink jersey from teammate Gianluca Brambilla after the 219km stage between Campi Bisenzio and Sestola, becoming the first man from his country to hold the lead in this race since Charly Gaul in 1959.

Bardiani rookie Ciccone, 21, joined a breakaway early on in the day and pulled away on a descent, before comfortably holding on up the final climb to Sestola to take a stunning stage victory on his maiden Grand Tour.

Ciccone’s fellow escapee, Tinkoff’s Ivan Rovny, crossed 42 seconds behind in second, with another member of the break, Darwin Atapuma, in third.

The big move of the day in the leaders’ group came from Amador, but Brambilla sacrificed his own hopes of keeping the pink jersey by helping Etixx teammate Jungels stave off the attacks of the Movistar man.

“It is unusual that the leader of the race rides for someone else, but that just shows the spirit in the group,” Jungels said.

Spaniard Landa, who was eighth overall going into the day, pulled out complaining of sickness.

Sky have a recent history of losing their leader at the Giro after Bradley Wiggins pulled out sick in 2013, and Richie Porte pulled out in 2015 after a series of bad luck and a fall left him trailing badly in the overall standings.

Results from the 219km tenth stage from Camp Bisenzio to Sestola on Tuesday: