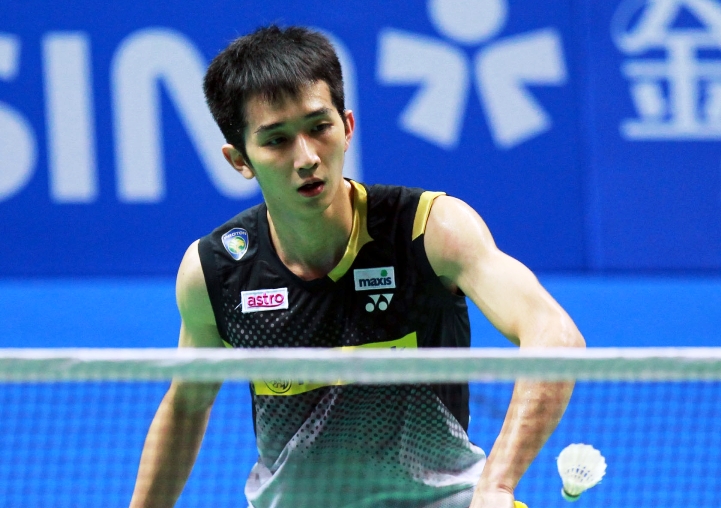 He may have quit the national outfit but Thomas Cup team captain Datuk Lee Chong Wei knew that Chong Wei Feng should be part of the team in this year’s Thomas Cup Finals in Kunshan.

When the Thomas Cup team was named Wei Feng was given the nod despite his poor run in international tournaments that saw him slipping in world rankings and failed to make the Rio Olympics in August.

But in Badminton Association of Malaysia technical director Morten Frost’s own words “experience and rising to the challenge” in a team event is Wei Feng’s hallmark and was duly named to the team.

And the Kedahan certainly is an asset to the team as he powered Malaysia to a 3-2 win over the strong South Koreans – winning the crucial third singles against Jeon Hyeok-jin 21-16, 21-16 in 48 minutes after both teams were tied at 2-2.

Malaysia won the first two singles and the Koreans took both the doubles. The win saw Malaysia finish at the top of the group with the Koreans in second spot. The top spot means Malaysia will be one of the four seeded teams in the draw for the quarter-finals and will avoid China, Denmark and Indonesia.

With the win Wei Feng once again proved that he is a “king” team player but the player remained modest with his achievements in Kunshan, especially against the Koreans, considered the toughest of the four teams in the group.

“The battle is not over yet. There are other tough hurdles and we have to be prepared for the quarter-final match. The good thing is that we won against Korea and this is exactly what we want for the country,” said Wei Feng from Kunshan.

“Happy our team won and let’s fight another day. This is my best performance in Kunshan so far.”

Team skipper Datuk Lee Chong Wei got things going for Malaysia with the first point after his 21-18, 21-15 win over Korean No 1 Son Wan-ho in 49 minutes. But Korea were quick to level the score at 1-1 after their crack doubles pair of Lee Yong-dae-Yoo Teon-seong smashed Malaysia’s scratch pair Goh V Shem-Koo Kien Keat 21-16, 21-11 in the first doubles in 40 minutes.

Then came another Malaysian hero Iskandar Zulkarnain Zainuddin to put Malaysia 2-1 ahead by winning the second singles against Korea’s rising star Lee Dong Keun. The national champion played a confident game to win 21-17, 21-15 in 48 minutes – his first win over Donmg Keun in three meetings.

“I am happy to win and help my country. This time I played with confidence and my game plan worked,” said Iskandar, the Malaysian Masters runners-up.

It was all square again (2-2) when Korea showed their might in the doubles once again with Kim Gi-jung-Kim Sa-rang taking the second doubles against another scratch combination of Tan Boon Heong-Tan Wee Kiong 21-14, 24-22.

It was the left for Wei Feng to deliver and he did not disappoint with his cool approach to take Malaysia to the top of the group.