Home International Clippers shrug off Griffin furore to down Pacers 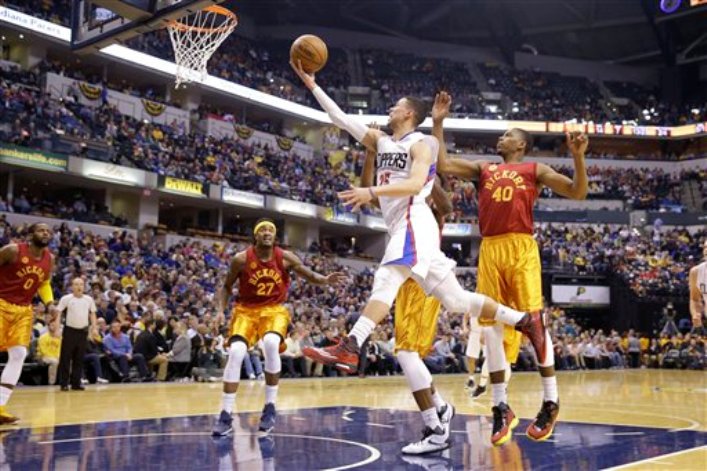 Guard Chris Paul scored 26 points including a crucial jumper with just 33.7 seconds left on the clock as the Clippers held on in a frantic finale.

The road victory saw the Clippers improve to 29-16 for the season while Indiana fell to 23-22 after the game at the Bankers Life Fieldhouse in Indianapolis, Indiana.

The Clippers had been plunged into controversy earlier Tuesday after confirming that Griffin had suffered a broken bone in his hand after throwing a punch at an unidentified person.

Clippers coach Doc Rivers paid tribute to the way his side had reacted to the controversy with victory over Indiana.

“I think all the stuff in the last 48 hours, you always say it’s the game that brings your team back,” Rivers said. “You could kind of feel that tonight. That was a good win for our team.”

The Los Angeles Times reported that Griffin had attacked a member of the Clippers equipment staff during an altercation in Toronto over the weekend.

The incident left Griffin needing surgery to repair a spiral fracture in a metacarpal in his right hand, meaning he faces four to six weeks out.

The 6ft 10in (2.08 meter) power forward now faces an internal investigation after the Clippers announced a sternly worded statement about the incident on Tuesday.

“This conduct has no place in our organization and this incident does not represent who we are as a team,” the Clipper said.

“We are conducting a full investigation with assistance from the NBA. At the conclusion of the investigation, appropriate action will be taken.”

Griffin, 26, has not played since suffering a torn quadriceps tendon in late December.

“A situation among friends escalated and I regret the way I handled myself towards someone I care about,” he wrote.

“I want to apologize to the Clippers organization, my teammates and the fans for creating a distraction.”

It is not the first time Griffin has found himself in hot water over a physical altercation.

In 2014 he was accused of slapping a man at a Las Vegas nightclub who had taken a picture of him with a cellphone.

He was accused of misdemeanor battery, but the charges were eventually dropped by Nevada prosecutors.

It was Durant’s second 40-point haul of the season after scoring 43 points against the Orlando Magic on Oct 30.

“I’m not really into how many points I score anymore,” said Durant, a four-time league scoring champion. “I try to play winning and consistent basketball. If I play a good brand of basketball, if I play the right way, that stuff will come.”

In Toronto, Kyle Lowry scored 29 points as the Raptors defeated the Washington Wizards 106-89 to record their ninth consecutive victory, equaling the franchise record for longest winning streak set in 2002.