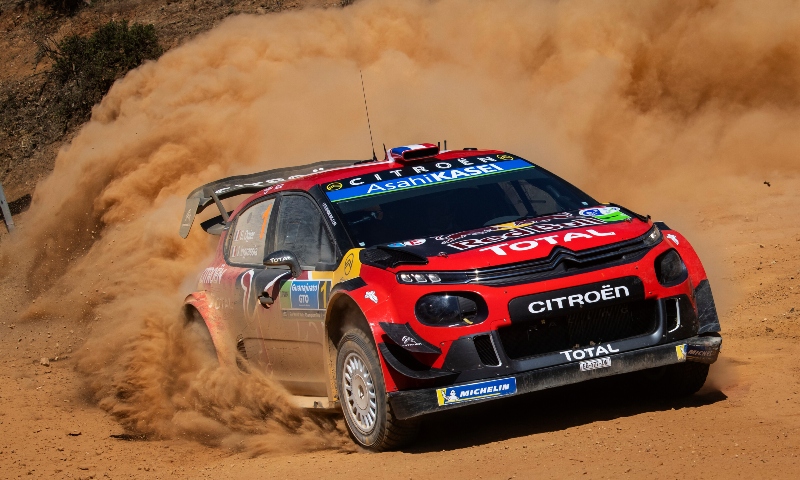 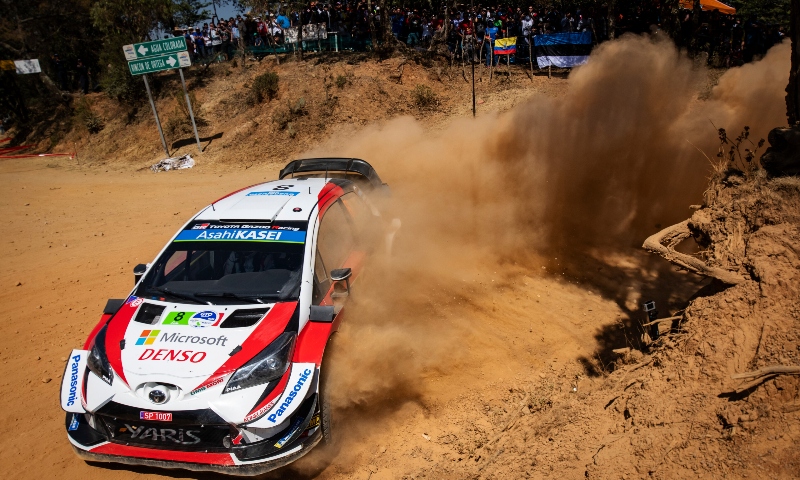 The world champion headed Elfyn Evans by 14.8sec after a tough day of dirt road action in the mountains near León sidelined closest rivals and Hyundai i20 team-mates Andreas Mikkelsen and Dani Sordo.

Two morning speed test wins earned Mikkelsen a slender 1.6sec advantage over Ogier at the midpoint. The Norwegian’s efforts proved in vain when he retired near the finish of the afternoon’s repeated El Chocolate test with broken suspension after hitting a stone.

His demise left Sordo less than two seconds adrift of Ogier’s Citroën C3. The Spaniard, driving his first rally of the season, was powerless to challenge Ogier when he stopped on a liaison section after the following special stage with a suspected electrical problem.

Temperatures which topped 31°C and altitudes of more than 2750 metres ensured a trying day for crews and hard-working engines and transmissions, but Ogier’s problems were restricted to a puncture.

“It’s been an almost perfect day but it wasn’t easy. Starting third on the road wasn’t ideal and the grip was very low in the first pass. We can benefit from the best start position tomorrow, but we’ll have to stay out of trouble as well,” he said.

Evans’ Ford Fiesta ran hot all day but he had the better of a battle with fellow Briton Kris Meeke, edging clear to end with a 6.3sec advantage.

Meeke was hampered by dust inside his Toyota Yaris but headed championship leader Ott Tänak by 16.0sec. The Estonian overhauled Esapekka Lappi in the final pair of tests at León’s motor racing circuit to claim fourth, a position he could barely have dreamed of.

As road opener, Tänak swept loose gravel from the surface, leaving more grip and a faster line for those starting behind. He lost time in virtually every test, but two stage wins and the high rate of attrition helped him climb the order.

Lappi was disappointed by his pace and lost time with a spin to drop behind Yaris team-mate Jari-Matti Latvala. It proved academic when Latvala retired from fourth before the circuit tests with alternator failure.

An unwell Thierry Neuville was sixth in the sole-surviving i20. He dropped nearly 45sec with an early puncture and second in the start order offered conditions only marginally better than Tänak.

Saturday’s leg is the longest of the event. Two identical loops of three tough gravel stages in the mountains north and east of León are followed by re-runs of today’s motor racing circuit and city street tests. The nine stages cover 138.37km.