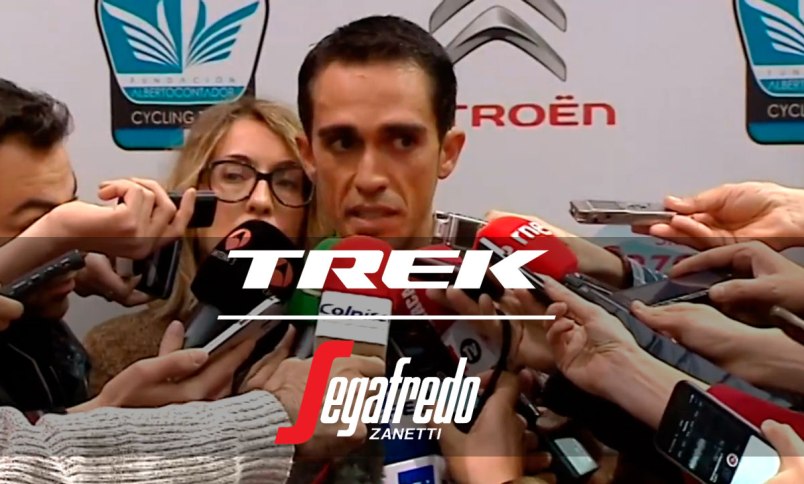 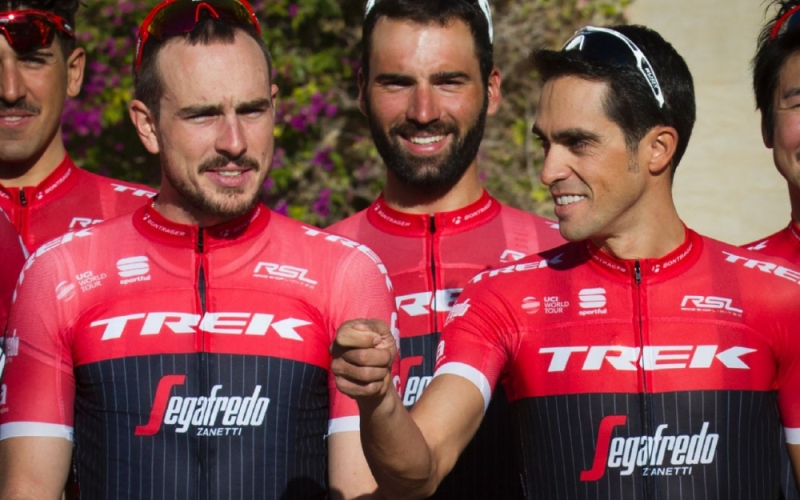 Veteran climber Alberto Contador says he and his new Trek-Segafredo team will arrive fresh and primed for the 2017 Tour de France as the American outfit launched their new campaign here on Friday.

Targeting top spot on the World Tour the team has made sweeping changes for 2017 bringing in the 34-year-old Spaniard and classics and sprint specialist John Degenkolb of Germany.

Both riders had bad luck last season as the German sprinter and several of his team were hit by a car whilst training in Spain and Contador was involved in a banal Tour de France pile up where another cyclist’s bike fell heavily on his shin, ending his race.

“I hope my luck has changed,” Contador said. “I’m hoping for a boring Tour, but I’m sure it’s going to be a thriller, a super tough one too.”

One of Spain’s biggest stars and considered the finest pure climber of his generation Contador told a packed press conference the Tour de France as usual his main target.

“I’m hoping for a quiet build up where I enjoy every race,” The two-time Tour de France winner said, also confirming his participation at the week long races Paris-Nice, Tour of Catalonia and the Tour of the Basque Country.

“Our strategy is to get to the Tour de France in prime condition. So I’m going to be very careful in the build up. I want to be totally fresh for it,” said Contador, who also had a third 2010 Tour de France victory stripped from him for a doping infringement.

Contador also said that depending on how he did in France against favourites Briton Chris Froome, Colombian Nairo Quintana and France’s Romain Bardet, he would also think about riding La Vuelta a Espana in September.

Having lacked top rate support in the mountains at his former team Tinkoff, Trek-Segafredo will back Contador with Dutch climb specialist Bauke Mollema, who will also ride the Giro d’Italia in May, and the Colombian climber Jarlinson Pantano, recruited especially for Contador.

“With Mollema and Pantano we will be super competitive in the major tours,” Contador claimed.

“I’ll have brief rest before the Tour and want to be at 100 per cent when it starts.”

The team feel even despite Contador’s ageing legs his riding nous, considered ruthless despite his friendly demeanour, may enable him to win in France.

“If Alberto gets there in good shape and in the right frame of mind, he is still capable of winning a Tour,” Trek-Segafredo team manager Luca Guercilena told AFP.

Knocked over near Valencia in January 2016 Degenkolb almost lost an index finger and the man who won both Paris-Roubaix and Milan-SanRemo in 2015 for Giant saw 2016 written off.

With the 2017 Tour de France starting in Germany Degenkolb is capable of winning stages in a sprint and will undoubtedly aim for that target.

He will also, if he can regain his form, provide a formidable rival for double world champion and current classics king Peter Sagan, who was at Tinkoff with Contador last season. – Agence France-Presse