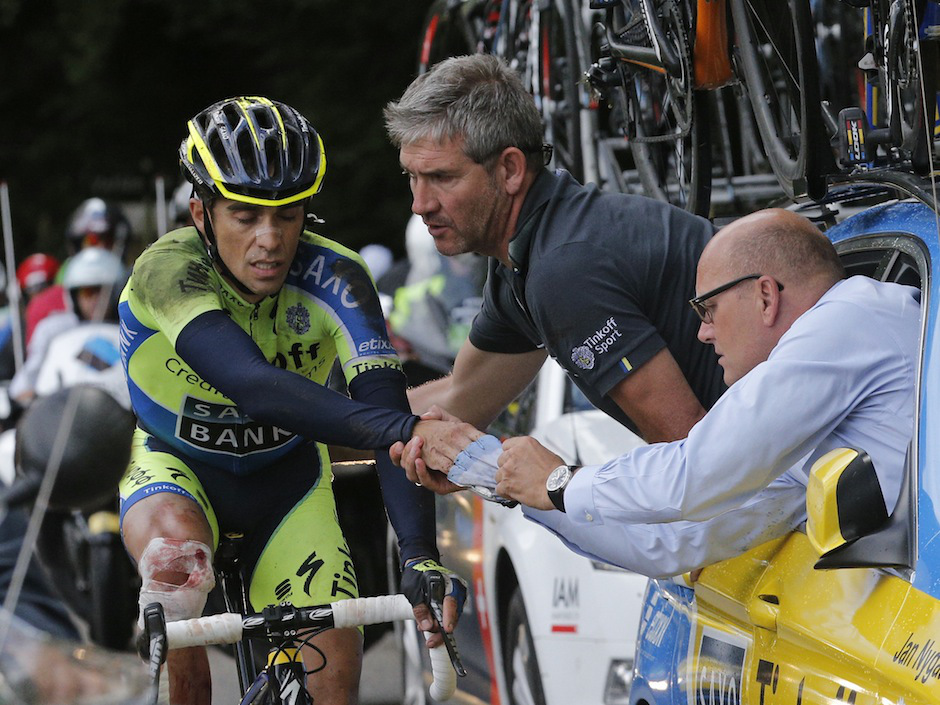 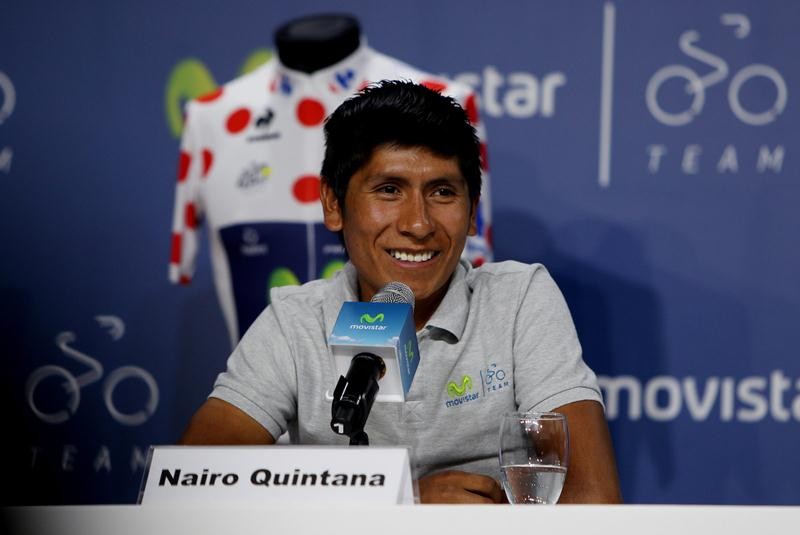 Two-time Tour of Spain champion Alberto Contador has publicly admitted for the first time that he can compete to win the race for a third time just a month after suffering a broken shinbone.

The Tinkoff-Saxo rider had originally ruled himself out of even taking part in his homeland after complications in the healing of the wound he suffered in crashing out of the Tour de France.

However, he has looked in fine shape during the first week of the race and sits in second place overall, just three seconds off leader Nairo Quintana, ahead of Tuesday’s 10th stage, a 36.7km individual time trial from Real Monasterio de Santa Maria de Veruela to Borja.

“I can now confirm that I am going to try and win the Vuelta. It is another thing whether I have the legs to do it or not,” he said at a press conference.

“So far I have been going day by day, but I have not lost time in the general classification and that gives me a chance. We need to see how my leg continues to react and, I repeat, keep going day by day.

“The time trial in Borja will be good for my physical condition. Today I went to see it and I have to say that it perhaps suits (Chris) Froome more than me because it is quite hard.”

Britain’s Froome currently lies in fifth, 28 seconds off the lead, after he was left trailing by Contador and Quintana on the climb to Aramon Valdelinares on Sunday.

However, he is expected to claw back some time on his rivals for the leader’s red jersey on Tuesday.

“Today we have been looking at the time trial and although I have improved a little in that speciality, I just hope to not lose too much time to those riders who are more specialists than I am,” said Movistar’s Quintana.

“I didn’t expect to be in red so early, we had thought about maybe in the last week when I will be most in shape.

“Yesterday in Valdelinares the real favourites showed their intentions to win the race.

“Contador is one of them and is strong despite it all. He is going much better than expected and I also though Purito (Rodriguez) looked very good. We need to be aware of him.”

The Colombian is looking to add the Vuelta to his Giro d’Italia victory earlier in the year but faces stiff competition from even within his own team as Alejandro Valverde remains well in the hunt just eight seconds back in third.

And the 34-year-old said he is on the verge of signing a new deal with the Spanish team despite appearing to be usurped by Quintana as the team leader.

“My contract renewal is very close. It will be for three years and I would like to finish my career with Movistar,” he said.

“We already know each other perfectly and they know how to handle my career.

“As regards losing the red jersey to Nairo there was no problem.

“We came into the race with that in mind and first of all I was leading and now it is him because he is in better condition right now. Despite everything we have two chances to win.”