Home International Day of learning for Hafiq Azmi at Aragon 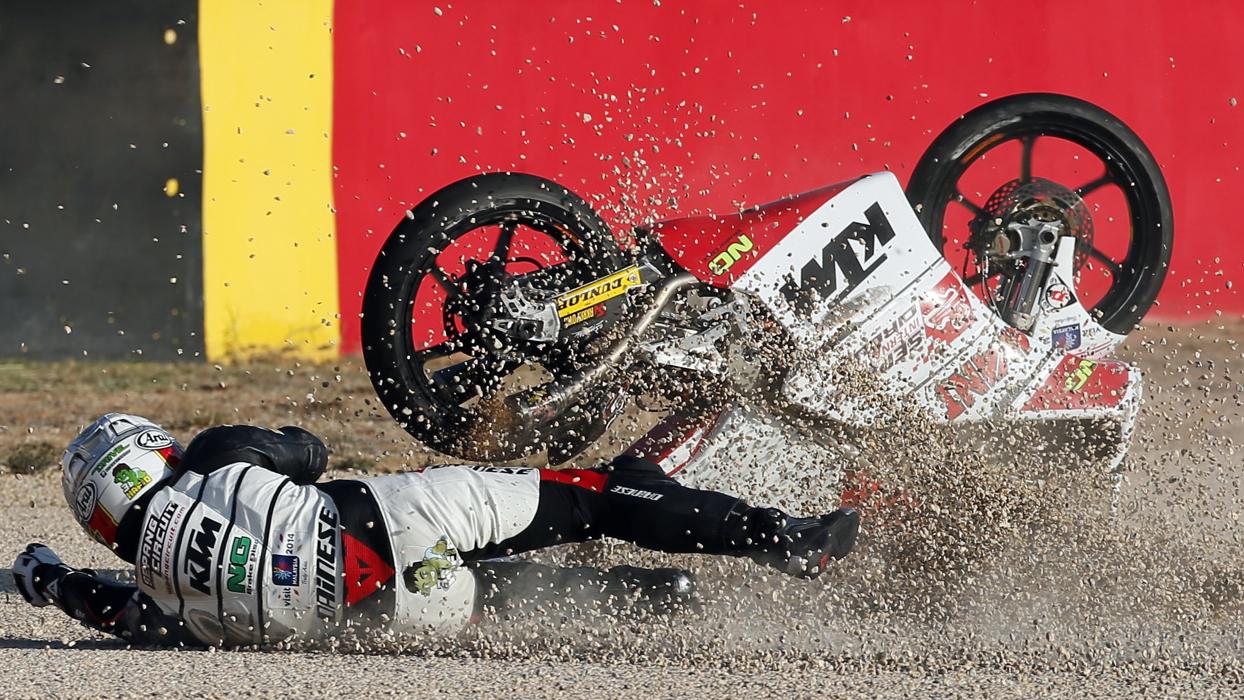 The MotorLand Aragon Circuit kicked off the fourteenth Moto3 World Championship Grand Prix weekend of the season on Friday. Hafiq Azmi completed his first day of the third Spanish race of the season with mixed feelings. Under bright sunshine, the Malaysian rider ended the day with the 24th best time on the combined timesheet, with a 2:00.449 lap.

The first free practice session finished prematurely for Hafiq Azmi, due to a small crash at Turn 5 with 15 minutes remaining. The SIC-Ajo Team rider suffered no injuries in the fall, but his bike could not be repaired in time to go back out onto a cold track. His best time of the morning was 2:03.071, which placed him in 30th position.

“This morning I had a small crash that was down to a mistake by me. In the first session I didn’t have a good feeling with the surface and this was the reason for my mistake. I was a little disappointed, but in the second session I pushed my hardest to set a good lap time. I had wasted a lot of time in the first session, so I tried to make the most of the afternoon. In the end I felt much better. I have to thank the team for the magnificent job that they have done with the bike. I don’t think that it is the bike that we have to improve so much, rather my riding, in order to be faster tomorrow”, Hafiq Azmi.

In the afternoon the result was more satisfying for the young rider. With the bike now set up well thanks to the excellent work of his team, Hafiq Azmi showed great pace and remained in the Top 15 for much of the session. Finally, with a track temperature of 32°C, he lowered his best time from the morning on his ninth lap thanks to a 2:00.449. That put him in 24th place overall.

Tomorrow morning will see the last free practice session of the weekend, then qualifying at 12:35pm local time. Hafiq Azmi will attempt to take a good grid position in order to fight for points in Sunday’s race.