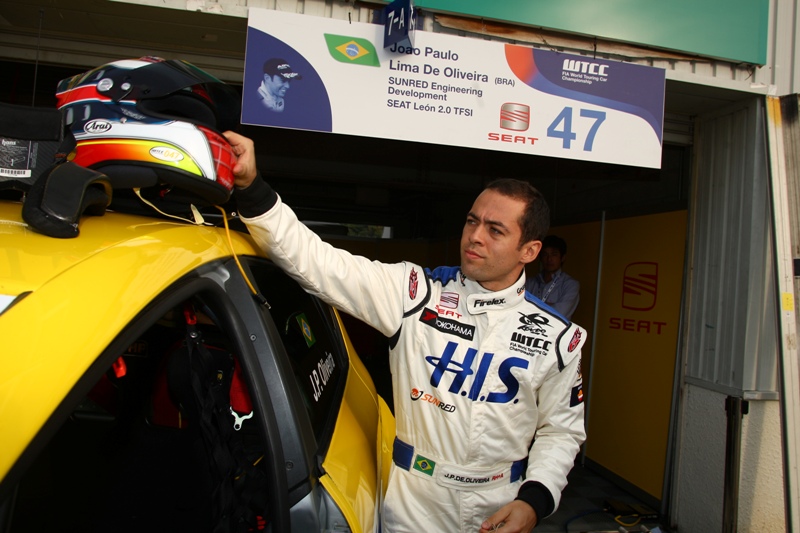 The Brazilian, who lists the Formula Nippon and All-Japan and German Formula 3 titles on an impressive CV, is continuing his partnership with Hong Kong-based KC Motorgroup.

De Oliveira’s participation marks a return to top-level international touring car racing following a one-off appearance in the FIA World Touring Car Championship in 2009 in Japan, where he has raced extensively since 2004, most recently in Super GT.

“It will be quite a challenge as I have never driven a TCR car before, but I hope to adapt quickly and be competitive throughout the weekend,” said de Oliveira, 38. “My goal is to be able to challenge the more experienced drivers and fight for a top 10 position in the races.”

Paul Ip, Team Founder, said: “We are delighted to have João Paulo de Oliveira join KC Motorgroup for the WTCR finale in Malaysia. He has been a huge asset to the team during his Nürburgring 24 Hours and Kyalami 9 Hours appearances this year, not only with his speed but with the in-depth feedback he provided. It will be his first race in the Honda Civic Type R TCR, but we’re confident that he will have no issue adapting and being competitive.”

De Oliveira is one of four wildcards entered for WTCR Race of Malaysia, which forms part of the inaugural Races of Malaysia festival of motorsport from 12-15 December along with the 8 Hours of Sepang, a round of the FIM Endurance World Championship for motorbikes. Malaysian MotoGP rider Hafizh Syahrin, up-and-coming racer Mitchell Cheah and experienced campaigner Douglas Khoo complete the list of wildcard drivers.

It will be the first time that the three races which make up an FIA – WTCR World Touring Car Cup presented by OSCARO event will take place on the same day. In an exciting change to the usual format, the races are scheduled for Sunday 15 December at 15h15, 18h15 and 20h10 local time with the third race held under the Sepang International Circuit’s newly installed floodlights.