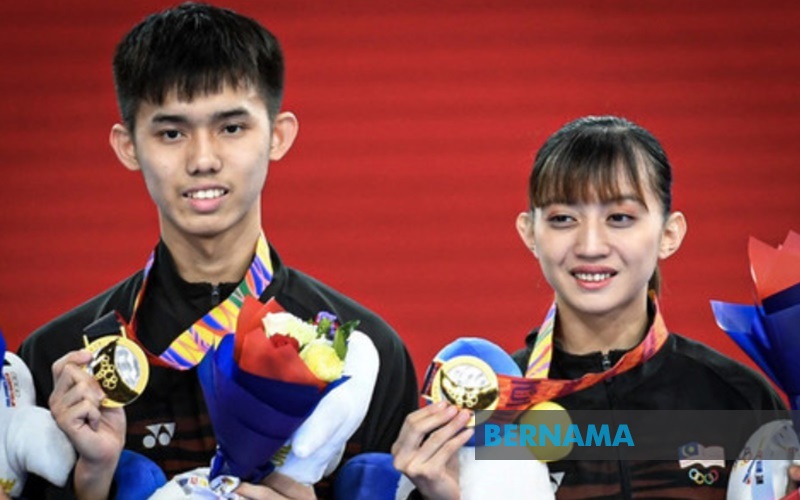 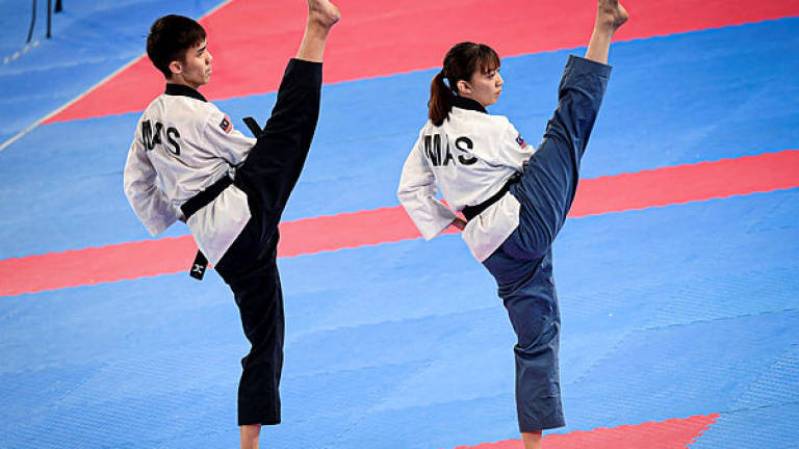 Six months was all they needed to work out their chemistry to win the mixed pair Poomsae in SEA Games taekwondo as Jason Loo Jun Wei and Nur Hidayah Karim struck gold at the Ninoy Aquino Stadium on Saturday.
The 18-year-old Jason was making his Sea Games debut while it was the second time for Nur Hidayah. It did not matter as the Malaysian pair did enough to impress the jury with their well-coordinated moves on the court for their 8,283 points.
A delighted Jason said: “This is my first Sea Games and I was nervous. However, Hidayah made things easy for me with lots of encouragement and guidance. We have paired only six months ago and to win gold in my debut is a dream.”
Thailand’s Pattarapong Sengmueang-Phenkanya Phaisankiattikun won the bronze. – BY RIZAL ABDULLAH