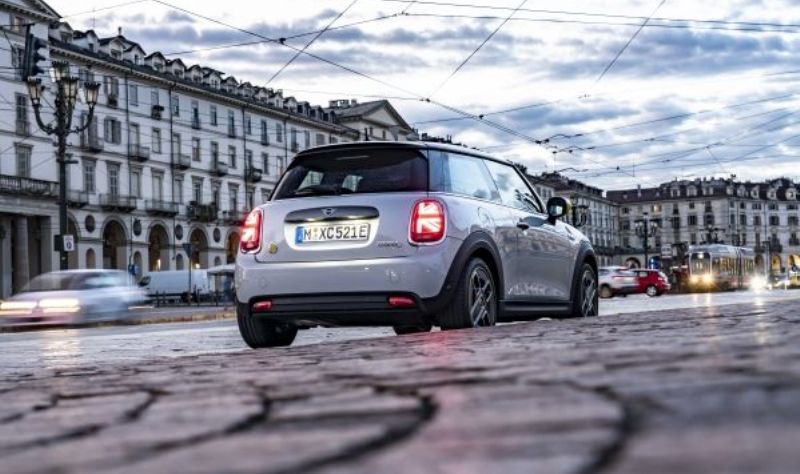 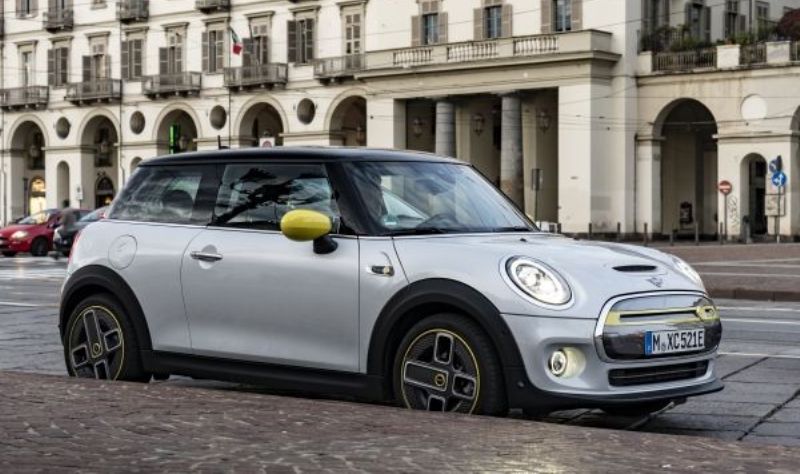 In the run-up to the market launch of the first all-electric production model in the 60-year history of the British brand, MINI is now presenting another video clip which illustrates the benefits of locally emissions-free mobility.

In the short film “The Getaway Car”, which can be seen on the BMW Group social media channels, the new MINI Cooper SE proves to be the ideal escape vehicle from everyday city traffic.

The clip is set in the northern Italian metropolis of Turin – as always with the typical MINI tongue-in-cheek style.  The driver of the new MINI Cooper SE escapes the nerve-racking traffic jams of rush hour traffic by making a detour through narrow side streets leading him directly to the roof of the Lingotto building in the district of the same name on the Via Nizza.

The historic industrial complex was once the largest production site of an Italian automobile manufacturer – including a test track on the roof, which was laid out as a circuit and is about one kilometre long.

Today the Lingotto building houses, among other things, a shopping centre and hotels. The test track on the roof, however, remained intact even after the conversion. It is here that the new MINI Cooper SE meets a red classic Mini Cooper making its rounds on the historic track, reminiscent of a legendary scene from the 1969 movie classic “The Italian Job”.

In the crime comedy, three classic Mini Coopers play the leading roles – alongside British actor Michael Caine – as escape vehicles after a spectacular gold theft. The highlight is a wild chase through Turin, which also leads to the roof of the Lingotto building.

In the 2003 Hollywood edition, “The Italian Job” was moved to Los Angeles. Three modern MINIs were used to transport the loot, and a breathtaking escape was, of course, once again in the script.

In 2019, the coup of the gold robbers becomes “The E-talian Job”. Locally emission-free and almost noiseless, the electrically powered MINI eludes the hassle of everyday traffic in order to discover the perfect place for a round of driving fun in the middle of the city of Turin.

Its 135 kW/184 hp electric motor is a real thriller with its spontaneous power delivery. The high-voltage battery located deep in the underbody shifts the vehicle’s centre of gravity down considerably. And the hallmark suspension set-up also contributes to the fact that electric mobility goes hand in hand with the typical MINI go-kart feeling for the first time – and not just on the roof of the famous Lingotto building.

The new MINI Cooper SE accelerates from zero to 60 km/h in 3.9 seconds and from a standstill to 100 km/h in 7.3 seconds. In addition to its agile handling characteristics, its unmistakable features include an extensive range of standard equipment, model-specific display and control elements as well as two-stage brake energy recuperation that can be configured using a toggle switch.

With a range of 235 to 270 kilometres, the new MINI Cooper SE is also ideally equipped not only for sustainable urban mobility, but also for escapes from everyday life that last a little longer.