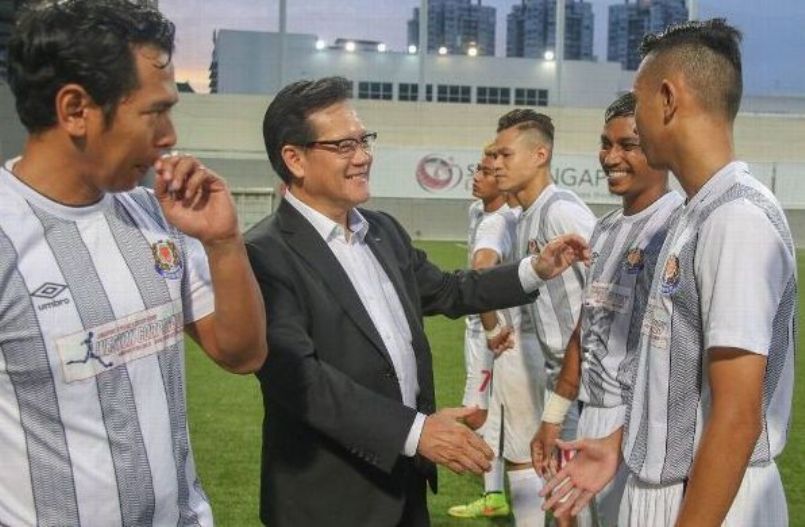 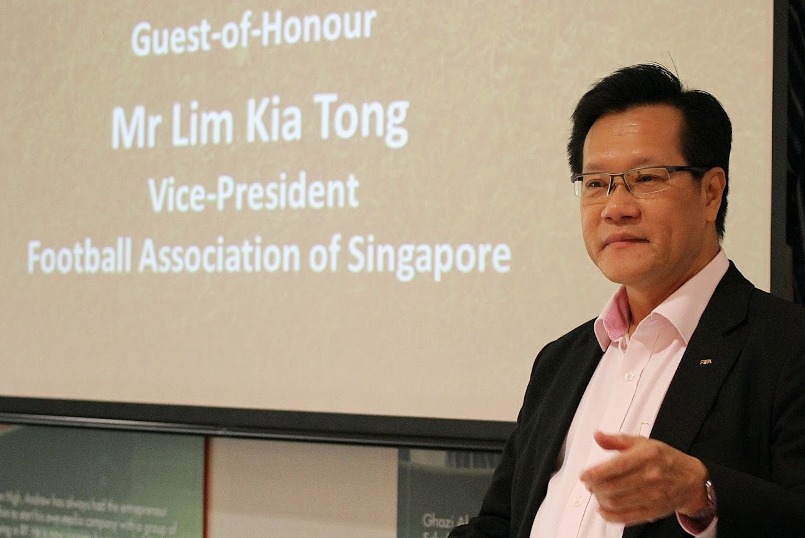 FINALLY, finally, with weeks to go before the first-ever democratic football elections in Singapore, the incumbents are getting desperate and doing extraordinary somersaults to win votes, right at the football fields, where it matters most.

For years, they had recklessly turned a blind eye to the grassroots but now they realise that with 46 affiliated clubs, majority from the lower echelons, the first step in building grassroots support base is to identify that sliver of the electorate that has the greatest propensity to be most supportive of their candidacy or cause.

Lawyer Lim Kia Tong is a good example. He’s purportedly leading the Football Association of Singapore (FAS) team for another term but knows the grassroots are against him. And in a desperate move, he has now suggested a drastic policy change to move away from “elitism football” and towards developing the game at the grassroots level.

The campaign talks have started to reach the heart of the matter although almost all the FAS council members hardly come to watch a single S-League match or to mingle with the grassroots development programme.

“Supposing I’m the team leader, I’ve already expressed my mindset that more attention should be focused towards grassroots, that must be the way football is run,” says Mr Lim, who appears wet behind the ears in garnering ground support and has little experience in the sport’s heartlander chemistry to succeed outgoing chief Zainudin Nordin, another very unpopular figure in Singapore football.

Finally, vote-based talk is coming to the fore and Mr Lim and company knows they have to take out the suit-and-tie image and put on the simple tracksuits in order to show that they can mix with the ground.

His diabolical new philosophy: “We popularise the game, get more people interested in the game, there will be renewed vibrancy and that means we are moving up to the apex and we have a better crop of players when we have a wider selection of players…I will ensure grassroots football enjoys greater weightage.

The truth of the matter is that the lower-tier National Football League (NFL) and IWL (Island Wide League) and other affiliated clubs are up in arms as they feel they’ve been taken for a “roller-coaster ride” by the FAS in recent years and they’re demanding the boot for the incumbents.

Change is definitely in the air for Singapore football. The FAS has called for an extraordinary general meeting (EOGM) on November 7, when its 46 members will vote, for the first time, on the new constitution, thrashing aside an age-old tradition of government-appointed personalities to run the FAS.

If any neutral observer puts his eyes and ears to the ground, the proof of disunity is in the pudding, as the saying goes, and a lot of Ahmads, Ah Kongs, Ramasamys or Michaels are flagrantly disgruntled that the present FAS incumbents have not listened to their cries for recognition.

“It’s rip-roaring time for a change and those council members, who ever hardly come for the regular meetings or watch the S-League matches, must go,” says NFL club Siglap FC team manager Alim Omar. “They have to give way for new faces, that’s the basic grind of football, where those not up to the mark, must step aside.” 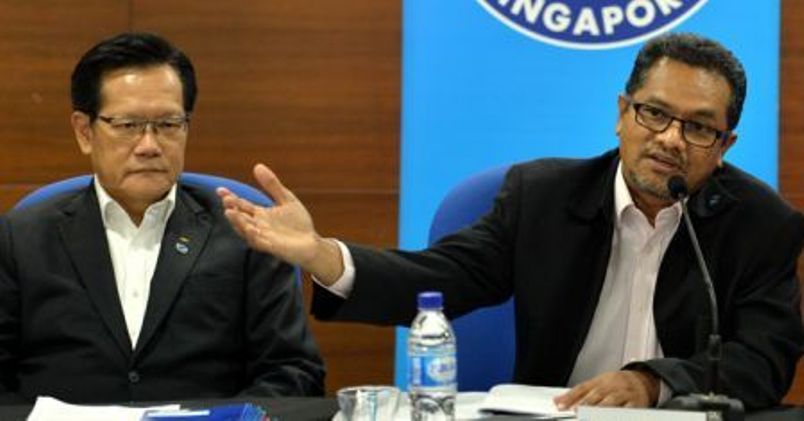 Shockingly, the FAS on Wednesday called a media roundtable discussion to say that account statements of $70,000 spent on NFL and IWL football were incorrect. The right figure should be possibly $250,000.

Mr Alfred Dodwell, legal adviser for IWL Gymkhana FC, says: “Surely, this is not appropriate. Should FAS not have given an explanatory note to all its members on this before a member has to read and gather it from the press. This is wholly disrespectful that a member has to wake up and read about its own association and accounting matters from the media reports in newspapers and not from its own FAS.”

Echoing the intense disrupting feel of the grassroots clubs, he adds: “FAS is taking to explain its expenses via the media, surely it should table it for discussion at the upcoming EOGM and not to release press statements in this manner, where members are not allowed to question and query matters as the financial explanation left much to be desired.

“It looks wholly incoherent and a morass of various men attempting to explain which left the general body more confused as a whole.”

In my opinion, with the rising high-priority undercurrents, it’s long overdue for refreshing sincere-minded candidates to take over the leadership at the Jalan Besar Stadium headquarters.

I lost count of the times I heard moans and groans that the FAS big-wigs are not in touch with the “bola” man on the ground, that it’s all about the money these days and that the game as we know it is lost forever, replaced by an imposter who only cares about commercial return.

If I need to draw one integral example it’s the 21-year-old S-League, which barely draws decent crowds although some say, rather blindly, the S-League is ranked among Asia’s top 10 professional leagues.

What a horrible predicament: The gap between the S-League and amateur clubs in the NFL have stretched marathon distances and rightly so, the lower-rung clubs are screaming that the FAS has seldom delivered on their aspirations, treating them almost like invalids and, now ironically, trying to woo them with last-gasp goodies to win their votes.

Mr Lim and his team must come to reality that the foundations of progress lie in a properly-sustained football pyramid to nurture an all-rounded football eco-system. This is clearly the jinx in their armour.

There appears to be a precarious inverted rojak-styled structure, for the moment. A new blueprint is urgently needed, with the famed Belgium technical director Michel Sablon now in the frame, like a serious blood transfusion to save Singapore football.

Please remember: It’s not about gimmicks or spin. This is not a game of football cards.

It’s really about humane attitudes and a commitment to effective grassroots organising that seeks to win the public’s hearts and minds.

In a democratic society, that’s what really counts.

Whoever comes in, they must invest money prudently, involving the grassroots community, bartering for sponsorship services with stakeholder businesses, providing every player with the best treatment off the pitch possible so that they give off their best on it, developing the next generation of elite footballers, investing time in print, broadcast and social media and most of all, doing it in a fair, ethical and honest way.

If he’s serious, Mr Lim and his incumbents must start forming a value-add football team by getting worthy refreshingly new brand names of football-minded personalities, who can genuinely fire overall morale. Not the same old faces, some of whom don’t know the eight-letter word: Football.

In a nutshell, we need a restoring, a revitalising, a revivifying. Those who can seriously and sincerely hold public confidence and bring the No 1 global sport out of the present rut.

Please throw in the towel. That’s the energising and exhilarating message coming from the grassroots to the incumbents with the clear line: If you don’t go and watch a S-League match or even mingle with the heartland clubs, then why ever hold office at the ruling football body?

As they say in gutter heartlander politics: Know the heart of the beast. The FAS incumbents better start fixing it. They have to win back the heart of the younger generation and the lower-rung clubs of the real football eco-system.

If they don’t start smelling the ground right and fast, they surely risk getting the big boot at the upcoming FAS elections. The act of winning the hearts and minds of the grassroots is truly the name of the “bola” game.