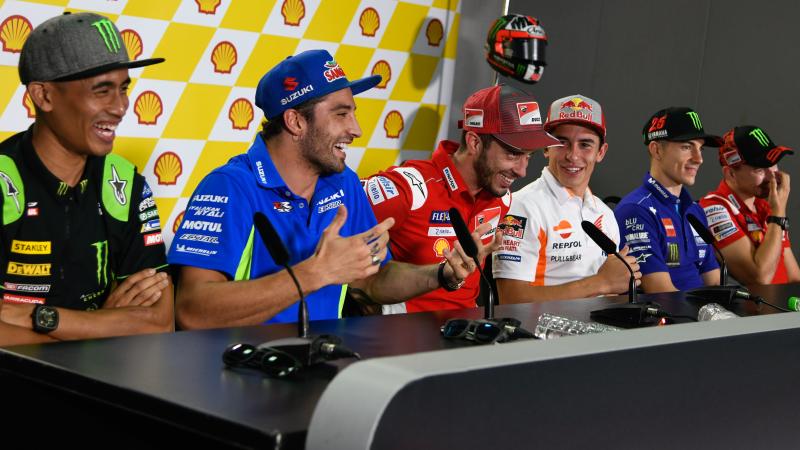 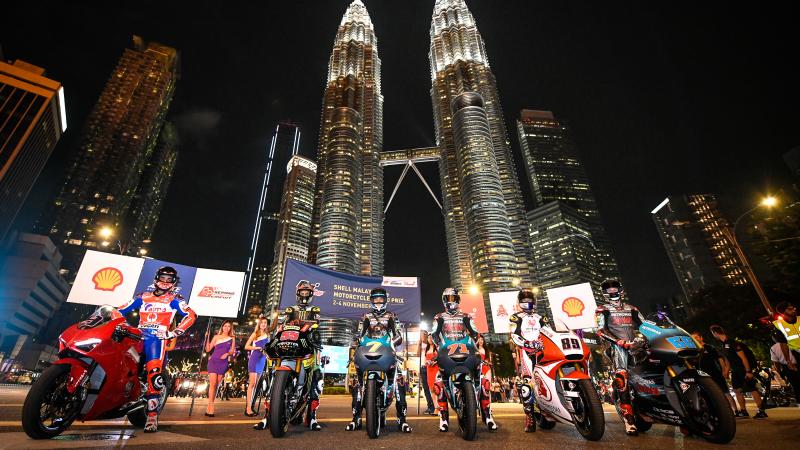 Three factories have five wins each in the last 15 races in Malaysia and Dovi, Marquez, Viñales spoke about their chances of winning in 2018.

In the last 15 races at the Sepang International Circuit, there has been nothing to choose between three MotoGP™ manufacturers in terms of the number of wins. Honda, Ducati and Yamaha have taken five victories each in the last 16 years and in the Press Conference, Marquez, Dovizioso and Viñales talked about their chances of claiming victory this time around.

2014 Malaysian GP winner Marquez began and after suffering his first DNF of the season last time out in Australia, the Honda rider is out to make amends this weekend on a track that he and Honda went very well at in preseason testing:

“We’ll try to continue in the same way, in Phillip Island we struggled a bit then in the race we were in good shape so we’ll try and keep our performance here,” said the number 93 rider. “The preseason was good here, race pace, but now it’s completely different; different bikes and different setups, so we forget that and concentrate on the weekend. We start from FP1, try to work hard, then we’ll see if we can fight for the podium, the top five or the victory.”

What we can’t forget is that Sepang has been Desmosedici territory in the last two years with Dovi taking maximum points in both 2016 and 2017, while teammate Lorenzo finished just behind him in P2 last season. But what does the number 04 expect from this weekend? Well, Sepang is where he secured his first MotoGP™ podium after a great battle with Nicky Hayden in 2008, but the Italian is interested to see how Ducati perform in a dry race after his two victories came in the wet conditions:

“I remember it well that weekend and race. I had a strong race with Nicky, it was my first year in MotoGP™ and until the last corner we were breaking very hard and I was able to arrive in front. It was nice, it was a good moment,” explained Dovi, talking about that 2008 race. “This track is good for me but in the past, if we look at the result we didn’t take a lot of good results in the dry. The last two years we won in the wet but it will be interesting to see what our speed would be in the dry.”

There’s no guarantee we’ll see a dry race this weekend, but that is exactly what we saw in Australia. Viñales and Yamaha have been buoyed after the Spaniard ended their victory drought in Phillip Island, so can they kick on and potentially challenge for their first back-to-back victories since Qatar-Argentina 2017?

“It’s been nice, we enjoyed it a lot with the team and it’s been a long time since we enjoyed a dinner like that,” said the Yamaha rider, who thinks he and his team can work even better now they are more relaxed: “I think now we can do even better because we’re more relaxed and let’s see if that can help us to improve, and help Yamaha.

“I want to try to be competitive and be in front and try and finish the season well in the standings. It’s important to not lose this momentum now.”

So it looks like all three riders and all three manufacturers are aiming to fight for the victory on Sunday but as always in Malaysia, the weather looks set to play its part. There will be floods of fans surrounding the Sepang International Circuit throughout the weekend, but who will they see take the victory come Sunday?

Let’s not forget, Ducati, Honda and Yamaha also have Suzuki to contend with this weekend. With that said, make sure you don’t miss any of the action in Sepang, with MotoGP™ FP1 getting underway on Friday at 10:55 local time (GMT +8).