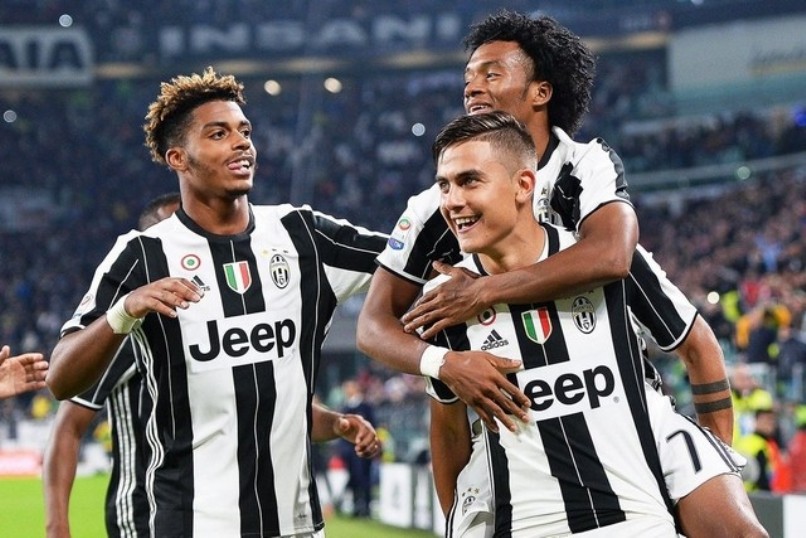 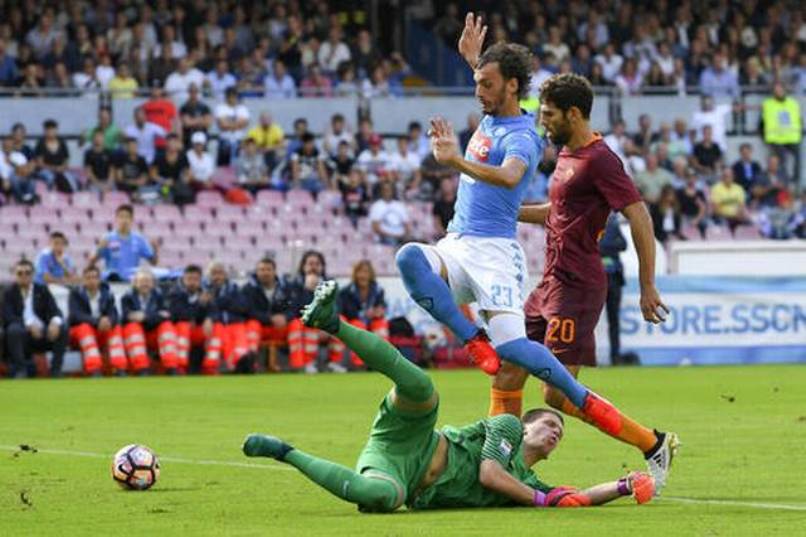 Paulo Dybala hit a brace as champions Juventus underscored their Serie A title credentials only eight games into the campaign with a battling 2-1 win over Udinese on Saturday.

Juventus had been given a huge incentive before their late kick-off with the league’s other ‘bianconeri’ side after Roma stunned Napoli 3-1 at the San Paolo.

And the Old Lady took the title race by the scruff of the neck to leave Roma in second at five points adrift and Napoli now in third at seven points behind.

Dybala, however, said title talk is premature and that this performance proved there’s still room for improvement.

“We’re only in October, there’s still a lot to play for,” he told Sky Sport.

“It’s good to have such a big cushion on the second placed team, but we’ve still to meet Napoli and Roma.”

He added: “I’m happy to have hit a brace, but we still have improvements to make. We gave them far too much time on the ball.”

Just over a year after suffering defeat to Udinese in their opening match of the 2015-2016 campaign, the northerners had reason to believe in another upset.

Massimiliano Allegri left striker Gonzalo Higuain, defender Leonardo Bonucci and midfielders Sami Khedira and Dani Alves on the bench as he looks ahead to Tuesday’s Champions League trip to Lyon.

Just after the half hour, Juve were stunned by Czech Under-21 star Jakub Jankto.

Jankto pounced on a misplaced pass from veteran France defender Patrice Evra and cut across the edge of the area to unleash a drive that beat Gianluigi Buffon.

Jankto’s celebrations were epic, but beating Juve’s legendary ‘keeper on only his fourth Serie A appearance is nothing to be sniffed at.

Yet his and Udinese’s joy was short-lived.

A free kick was awarded on the edge of the area and Dybala stepped up to curl his effort past a diving Orestis Karnezis and into the top right corner.

Juan Cuadrado’s exchange with Alex Sandro earned the hosts a penalty when the Brazilian wingback was fouled by Rodrigo De Paul, Dybala stepping up to send Karnezis the wrong way.

Juve dominated for the remainder, but were made to suffer a nervous finale.

Buffon came to the rescue to palm Cyril Thereau’s drive around the post for a corner, and then Evra narrowly avoided scoring an own goal when he slid in to take the ball from the feet of Duvan Zapata as he waited to pull the trigger.

Dybala was given a standing ovation when he was replaced with Stefano Sturaro with eight minutes to play, but Udinese dug in, Buffon producing a crucial one-handed save to tip Felipe’s header on to the upright from point-blank range in the closing minutes.

Dybala added: “We suffered, and that shouldn’t be happening here at home.”

Earlier, Edin Dzeko was celebrating hitting his first league brace on the road as Roma stunned in the ‘Derby del Sole’ to relaunch their own title hopes.

“It’s not easy to win at Napoli and to score three goals here, we did very well,” Dzeko told Sky Sport.

“Scoring two goals is great, it’s my first brace away from home.”

Bosnia international Dzeko faced huge criticism last season when he struggled to score eight goals in 31 appearances for the Giallorossi.

But with seven goals in as many games, the former Manchester City marksman is now provisionally top of the Serie A scoring charts, one ahead of AC Milan striker Carlos Bacca.

Although coach Luciano Spalletti was buoyed by his side’s “tactically strong” display against a side he described on Friday as “the best in Serie A”, he says Juventus will only be caught if they slip.

“To win in this manner against Napoli underlines the quality we have throughout the team,” said Spalletti.

“We’ll see if it’s enough to keep pace with Juventus, or whether they’ll keep on going as they’re doing. But we did what we had to do.” – Agence France-Presse