Home News Experience key for Nibali ahead of Giro bid 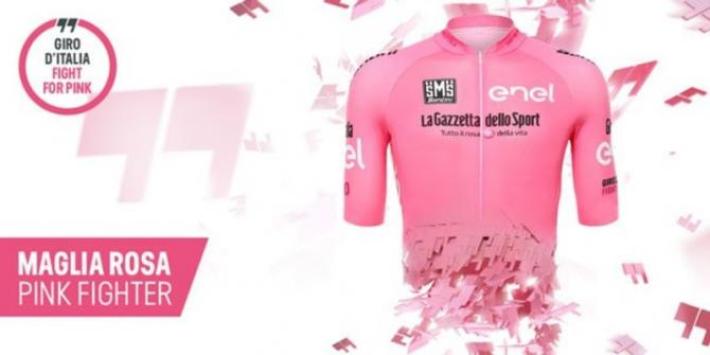 Former champion Vincenzo Nibali is counting on his past experience in cycling’s Grand Tours when he saddles up on Friday looking to secure a second Giro d’Italia crown.

“It’s never easy trying to win a race twice,” said Nibali, who claimed his maiden Giro title in 2013 after an epic, snow-hit finale in the Dolomites mountains.

“But the experience I have in the Grand Tours could be a big advantage for me.”

In keeping with recent tradition, the battle for the pink jersey begins on foreign soil — a 9.9km time trial in the Dutch town of Apeldoorn kicking off proceedings six years after the three-week Italian race started in Amsterdam.

But by the end of an epic 3,463km, it is Nibali — who followed up his 2013 Giro win with a maiden Tour de France victory a year later — who will hope to be celebrating in Turin on May 29.

If successful, it would go a long way to erasing the memory of being thrown off last year’s Tour of Spain after he was caught illegally hanging on to a team car at 70km/h as he chased back on to the peloton following a crash.

But before then, the Astana team leader first has to negotiate any number of potential pitfalls, including wind-ravaged opening stages and the scorching heat of southern Italy. All while trying to keep some powder dry for a series of excruciating climbing stages in the final week as the race heads steadily towards the May 29 finale in Turin.

A lowly 21st place at the recent Tour of Trentino, won by Sky rider Mikel Landa, suggests it could be someone else’s turn to succeed Spain’s defending but absent champion Alberto Contador.

But Nibali said: “I struggled a bit at Trentino, where I was recovering from my previous race, Liege-Bastogne-Liege. But I’ve prepared for the Giro d’Italia as best I could.”

On paper, Landa and fellow Spaniard Alejandro Valverde are Nibali’s biggest threats, although the Italian has not ruled out Tom Dumoulin, a strong time trialist who put his Grand Tour potential on display at last year’s Tour of Spain.

“Looking at the past two years when I didn’t compete, Mikel Landa has improved most from the younger riders,” said Nibali.

“He will be one of my principal rivals, although there could be surprises.”

With three individual time trials on stages one, nine and 15 — all coming before key mountain stages — Nibali believes he has already been given an advantage over his younger Spanish rival.

“We know Landa very well. Time trialling has always been a weakness for him, although he’s a great climber and he’ll be the man to beat in the mountains,” he added.

“He descends well, although he isn’t a real specialist. However, we can’t focus on him alone when there are riders like Valverde and Dumoulin in the race.”

Dumoulin, however, claimed his key objective this season is Olympic time-trial gold in Rio, the reason why he did not prepare fully for the Giro.

“I didn’t go to altitude for a pre-race training camp, which is necessary these days if you want to target the overall classification in a Grand Tour,” said the Team Giant-Alpecin rider.

After years of trying, in vain, to challenge for top honours at the Tour de France, 2009 Tour of Spain champion Valverde lines up for his maiden Giro campaign.

At 36 years old, the Movistar team veteran has the experience and he believes in his chances.

“When I came to the race presentation and saw what it looked like, I thought ‘not bad’. Then when my sporting director asked me if I wanted to compete, I jumped at the chance,” said Valverde.

“The timing is perfect for me and I’ve come here with only one objective: to win.”

Landa admits Nibali is “very strong”, but said: “It’s a great opportunity for me to lead Team Sky at the Giro d’Italia, after a spell riding with Vincenzo Nibali at Astana.

“He’s very strong, uphill as much as downhill. He’s got real power and he’ll be hard to beat.” – Agence France-Presse