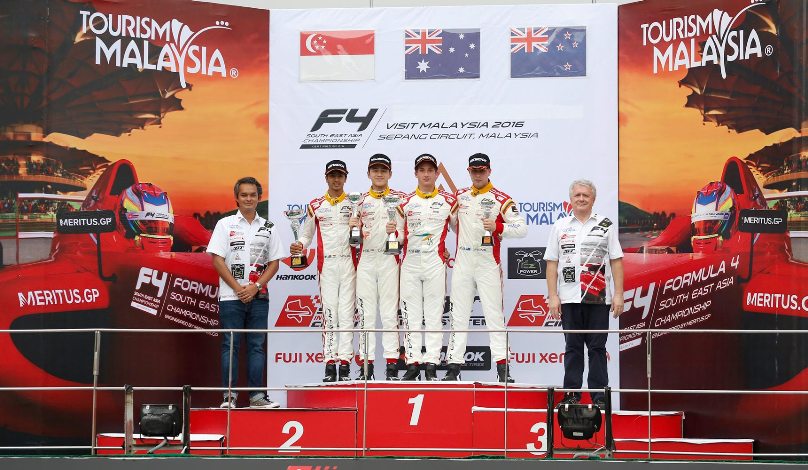 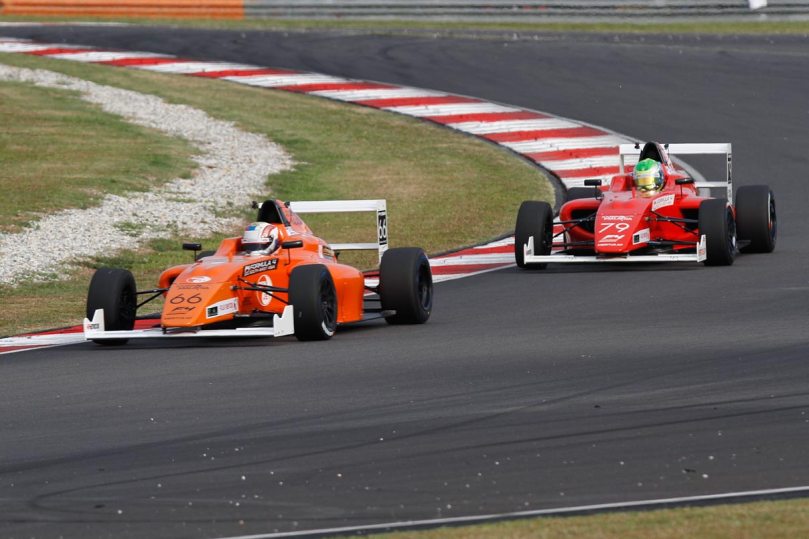 With the wait finally over, the brand new Formula 4 South East Asia (F4SEA) Championship – certified by FIA got underway at the Sepang International Circuit with qualifying and the first of six races taking place on Friday.

The 17-year old then went on the stamp his authority by taking the honours of claiming his first race win in the inaugural season of this brand new championship. Meanwhile, a strong result by Indian rookie driver Muhammad Nalwalla earned the youngster the first Rookie Champion trophy of the season after finishing fifth overall in Race 1.

Already quickest during the morning practice session, it was Jordan Love who again outclassed the rest of the field in the mid afternoon qualifying session. With an impressive time of 2m 11.638s en route to his first pole position start in the inaugural F4SEA championship season, the Aussie Ace was also the sole driver to clock a time under the 2m12s mark.

Lining up alongside the young Australian was Singapore’s Danial Frost (SIN, Car #66) who managed to post his best time of 2m 12.002s, nearly four tenths off Love’s time. Meanwhile, claiming a third position start for the first race was Malaysia’s Nazim Azman (MAS, Car #17) who posted a time of 2m 12.092s ahead of New Zealand’s Faine Kahia (NZL, Car #55) who lines up alongside the Malaysian on the second row of the grid in P4.

With Jordan lined up on the front row for the late afternoon race, the start however, belonged to Singaporean youngster Danial Frost whose lightening start saw him outgun the Aussie ace into the first sequence of corners. Having taken the lead from Jordan, the stage was set for an epic duel between the pair.

Taking full advantage of his speed in the first sector, the Singaporean rookie was able to keep Love in his rear mirror for several laps. However, a small but costly mistake on Lap 6 saw Danial leave too much room for Love, allowing the Aussie to mount a challenge for the race lead.

A thrilling duel in the final sequence of turns on Lap 6 by the pair saw Love capitalise on his momentum to reclaim the race lead from Danial with three laps to go in the race. The young Australian was better able to take advantage of his pace enabling him to pull out a gap at the front through to the chequered flag for his first race win of the season.

Meanwhile, behind to dueling duo at the front, there was another battle royale between Kiwi Faine Kahia and Presley Martono (INA, Car #32) in the first half of the race. However, an error by Martono on the final corner on Lap 6 allowed Faine Kahia to pull away, who eventually finished in a comfortable third place. Finishing just outside of the podium in P4 after recovering from a poor start was Malaysian Nazim Azman. In fifth place and claiming the Rookie champion was India’s Muhammad Nalwalla (IND, Car #46).

“I had a bad start to the race, which allowed Danial (Frost) to overtake me into the first sequence of corners. After that point, I did manage to close in on Danial and with four laps to go I managed to close the gap to him, enough for me to make a move on him towards the end of the lap. After taking the lead, I was able to put down some quick laps and opened up a gap. It was a really good battle and I really enjoyed it. I am really happy with this win but I also know that I need to work on my starts for the coming races.”

“I had a really good start and managed to get Jordan for the lead going into Turn 1. Even though he did fight back, I managed to hold on to the lead for a while. Unfortunately, I made a mistake on Turn 9 on lap 6 and Jordan was able to jump me and overtake me. After that point, he pulled out a gap and I was not able to close on him, so I decided to concentrate on my pace and keep my position. He was just too fast and has far more experience than me. I am happy with the pace and will push for the remaining races.”

“I am super stoked with this podium result, especially after experiencing some problems in qualifying. I am delighted that we managed to sort them out for the race. I did however have a bad start from P4 on the grid but managed to take P3 midway through. From that point, I was gaining on the leaders but the gap was simply too big and I did not have enough laps remaining! I learned a lot today and the car felt really good. Now I have to work on getting better starts.”

“I am happy with this result, which is definitely a good start to the season and a positive direction. I was a bit nervous going into my very first formula race, but I really learned a lot from day and had a good race overall. This is a good motivation for me and hope that I can build on this result for the coming races.”

“What a fantastic start to a brand new Formula 4 South East Asia season and a relief that the first race went off without a hitch! The drivers did brilliantly, especially those who have never raced an open-wheel formula-racing car! Congratulations to Jordan for a great win and for claiming the accolade of being the first ever F4SEA race winner!”

“It was the perfect first race for the F4SEA championship. It was thrilling to watch with battles for the lead and battles up and down the order. Congratulations to Jordan for claiming the first win and to Muhammad for becoming the first Rookie champion at the inaugural F4SEA championship race. This definitely sets us up for more great races to come!”

With the first of six races of the weekend already completed on Friday, the drivers will head into Saturday with three more races on the bill, with the final two races scheduled to take place on Sunday.