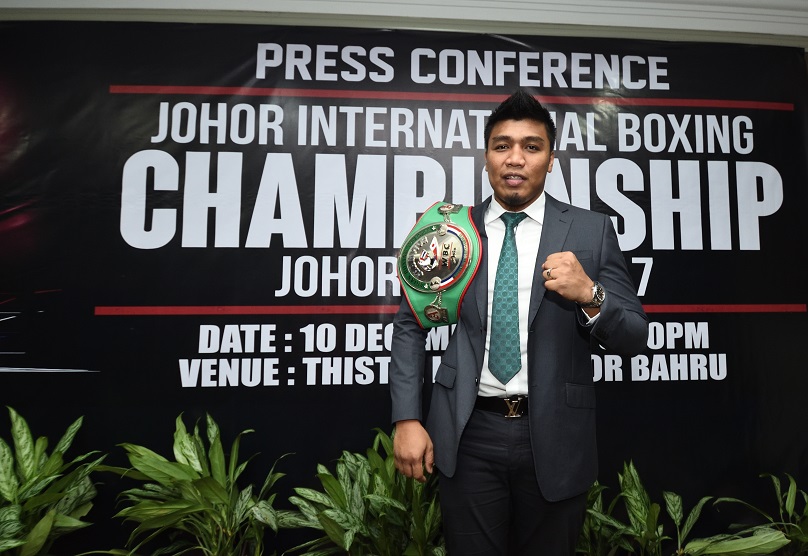 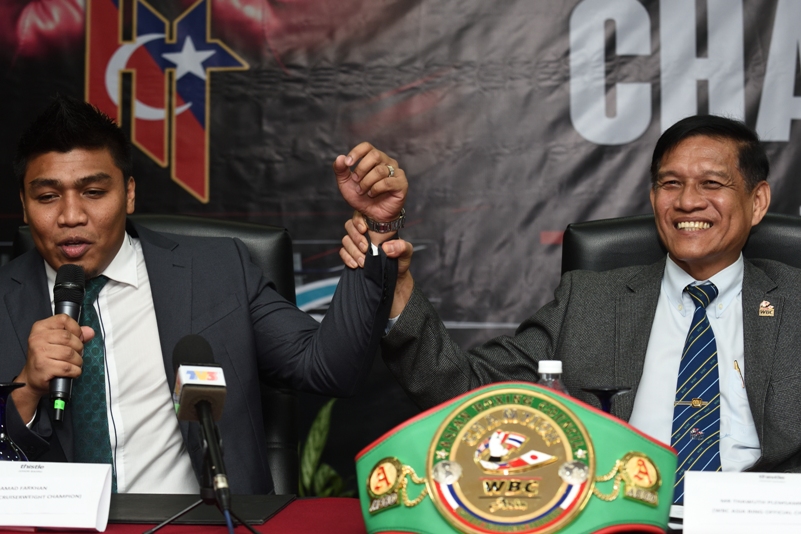 # Number of undercard bouts for ranking points also on the card

The 28-year-old Farkhan, who became a father recently, won his maiden WBC Silver Asia title in July in Singapore where he defeated Indonesia’s Elly Pangaribun on TKO for the cruiserweight title.

The “Big Fight” at Persada will be the highlight of the Johor International Boxing Championship 2017 –  a one-day boxing extravaganza which will also see undercard bouts between boxers from Singapore, Uzbekistan, United Arab Emirates, Indonesia, Thailand and the Philippines.

Farkhan, a former SEA Games gold medalist (Laos SEA Games 2009), has been hailed as world champion and will train in the United States of America soon – with his two-year training stint being sponsored by Brigadier General Tunku Ismail Sultan Ibrahim the Crown Prince of Johor.

Speaking at a press conference in Johor Bahru on Saturday, the Johorean, son a of former boxer, said he is confident of winning the title in the inaugural Johor International Boxing Championships.

“I can do it…win the title in front of my home fans for my beloved Johor and my country. My dream is to be a world champion and I am confident this can happen with proper training and guidance,” said Farkhan.

“Winning Asian titles is the right way to go for the big one…stepping stone to achieve my dream.

The Johor International Boxing Championships will also set the tone for Johor Bahru to be a major hub for international boxing.

The Johor meet is recognized and sanctioned by the World Boxing Council (WBC) and is organised by FH Promotions.

Fight promoter Alexander Syah, who broke the world record for promoting the most championship pro boxing bouts (four WBC Asia title fights) in a single night in Singapore last July, did not reveal the prize purse for the Johor international meet.

“There is a prize purse for the winners and losers but let it be a secret,” said Aleksander.

Tickets for the Johor International Boxing Championships are priced are priced at RM150 (VIP) and RM50 (Normal) are available at Glamour Muzika, Joo Chiat Complex in Singapore and Banafee Village in Johor Bahru from December 15.