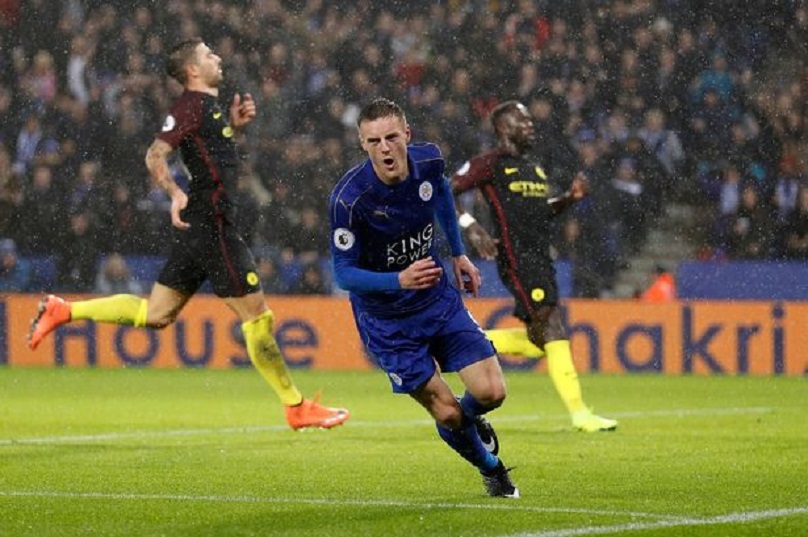 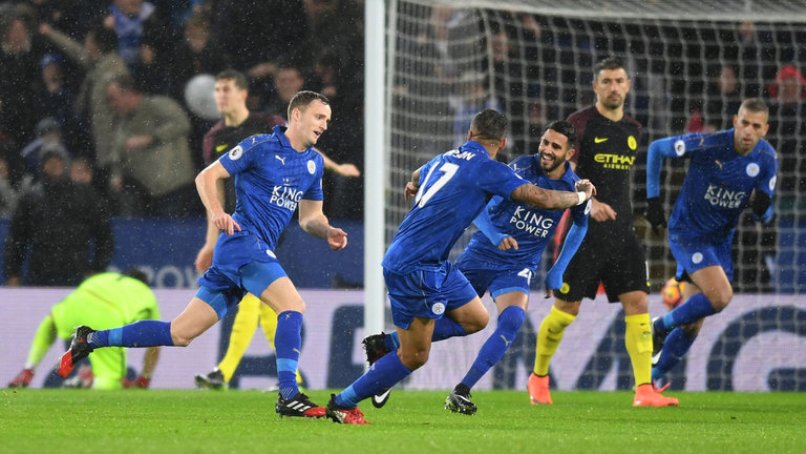 Manchester City boss Pep Guardiola shrugged off his team’s woeful defending in a 4-2 defeat at Leicester, insisting that tackling opposing players was not high on his list of priorities.

Leicester were 2-0 up after just five minutes and 3-0 ahead by the interval.

In a snapshot of City’s problems, Vardy completed his hat-trick with 12 minutes left after latching onto John Stones’ poor back-pass.

Guardiola, though, promised only minor tweaks despite statistics revealing his side failed to win a tackle in the opening 35 minutes.

“I am not a coach for the tackles. I don’t train for tackles. What I want is to try to play well and score goals. What are tackles?,” said the City boss.

“You have to win the duels, that is true. But normally when you play well you win tackles but after four minutes, at 2-0, the mind of the players is ‘what is going on? What happened?’

“It is another aspect of football but in the end we are not going to win or lose because of the tackles.”

City have won just four of their last 15 games in all competitions — having won Guardiola’s first 10 in charge.

Aleksandar Kolarov and Nolito netted in the final 10 minutes on Saturday to put a gloss on the scoreline for City.

However, they are now four points behind leaders Arsenal in the title race and will be seven points off the pace on Sunday if Chelsea beat West Brom.

Despite his problems, Guardiola said he will not betray his attacking style.

“I have to improve, but I want to play the football I feel because of course it is simple to say ‘concede fewer goals and score more’,” he added.

“The way we played in the season, except a few times, was quite good. I can’t say we didn’t play with the intention to create but after four minutes it was 2-0 and then we conceded the third.

“I try to control games, control so we concede few goals. Here I cannot do that and I have to analyse why.”

“So I have to control the little differences between other leagues but the idea is what I believe and I believe it will be good.”

Their domestic troubles have been in stark contrast to an impressive Champions League campaign which has seen them make the last 16.

“To get points is important for the table but this is just a little step because now we have to think about the next match against Bournemouth and then Stoke,” said coach Claudio Ranieri.

The Italian also hailed Vardy after the England striker’s first hat-trick for Leicester and first in any match since 2012 when he was playing for Fleetwood against Ebbsfleet in non-league football.

“Vardy played so well and it is important for him to get back,” said Ranieri.

“I said to all my players it is important what we do for the team and everybody made a fantastic performance. And of course Vardy, Riyad Mahrez and Islam Slimani did something different.

“I don’t know if Vardy can go on a run but I hope so — if he scores, we get the points.” – Agence France-Presse