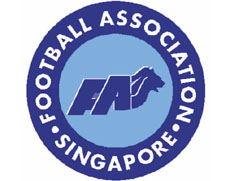 The FA of Singapore (FAS) held their 38th Annual Congress with its affiliates, stakeholders and partners as well as members of the media in attendance.

For the first time, the Congress was held virtually via a Live Webcast platform due to safe distancing measures stemming from the Covid-19 pandemic.

In his address, FAS President Mr Lim Kia Tong shared the key highlights in the past Financial Year, including the review of FAS’ organisational structure and the contributions of the current council for the past three years. He also gave an update on changes made to our professional and amateur leagues, our youth development plans moving forward, as well as Goal 2034.

One of the key topics announced at Congress was FAS’ commitment to continue ramping up club licensing for all amateur clubs. This would ensure stronger governance and organisational structures, stable financial management, as well as improving the clubs’ administration processes.

In the 2019 Annual Congress, the FAS had made a commitment to provide more incentive schemes to amateur clubs so that they will have greater abilities to run the club.

This year, in the areas of grassroots, youth and community participation, as well as in capacity building amongst the club officials and administrators, the FAS is working with FIFA on a subvention programme for all amateur clubs to a tune of about $500,000 over two years, commencing in 2021.

Clubs from amateur leagues such as the Singapore Football League, the Women’s Premier League, Women’s National League and the Island Wide Clubs, will be eligible for this programme, with incentives to be allocated for achieving various criteria points.

Further details on this will be shared once the scheme is finalised in the coming months.

Amos Boon, Head Coach of Singapore Cricket Club, said that this was a welcome initiative as it would push amateur clubs to strive harder in terms of achieving higher standards.

He said: “there is much potential in Singapore’s amateur football scene and this subvention scheme is a good way of drawing it out of each club. There is now greater financial incentive for every amateur side to perform well on the pitch while at the same time attain a higher level of professionalism in terms of the day to day operations. It is also heartening to see the inclusive nature of the scheme given that clubs from the women’s leagues are also eligible for these funds, as this would only encourage women’s football to develop further in Singapore.”

On top of that, over the span of the past three years, FAS has removed participation fees and introduced subsidies that include insurance coverage. This would allow for all amateur clubs to better manage their finances with the injection of funds.

On the Singapore Premier League (SPL) front, new Under-17 and Under-21 leagues were introduced to facilitate the post-secondary transition of players within these age ranges for a clear pathway towards playing professionally in the SPL. For the first time since its revamp, the SPL has also managed to secure broadcast deals with Singtel, StarHub and Mediacorp, together with online broadcasters 1Play and myCujoo to telecast all SPL games live.

Another major milestone covered was the privatisation of Home United FC in February this year, which has since been renamed Lion City Sailors under the new ownership of leading homegrown internet company Sea Limited.

FAS have made two new major appointments within the last year, Joseph Palatsides as the Technical Director and Tatsuma Yoshida as the National Team Coach. This resulted in a marked improvement in the performances of the National Team, leading to a move up the FIFA rankings from a position of 173rd back in 2017 to 157th in 2020.

Last year, the FAS started actively tracking and conducting selection trials for all age groups to ensure comprehensive talent spotting. This included holding an Under-14 open trials for the first time, which will eventually extend to trials for girls as well.

Plans were made to collaborate with schools and education institutions as part of a structured and long-term vision for youth development.

Our SPL clubs have also taken a vested interest in developing talented youths and one such initiative is the S$1 million scholarship programme introduced by Lion City Sailors. The four-year pilot Elite Development Programme will be the centrepiece initiative of the club’s revamped in-house youth development centre, the LCS Football Academy.

Since the announcement made last year by the FAS that the National Team aims to qualify for the 2034 World Cup, plans have been set in motion.

Proposals have been created and finetuned to increase the participation rates of children and those in the elite youth pool.

The importance of infrastructural support was also highlighted, and the FAS is currently in the midst of developing a road map and master plan in order to achieve the target in 14 years’ time.