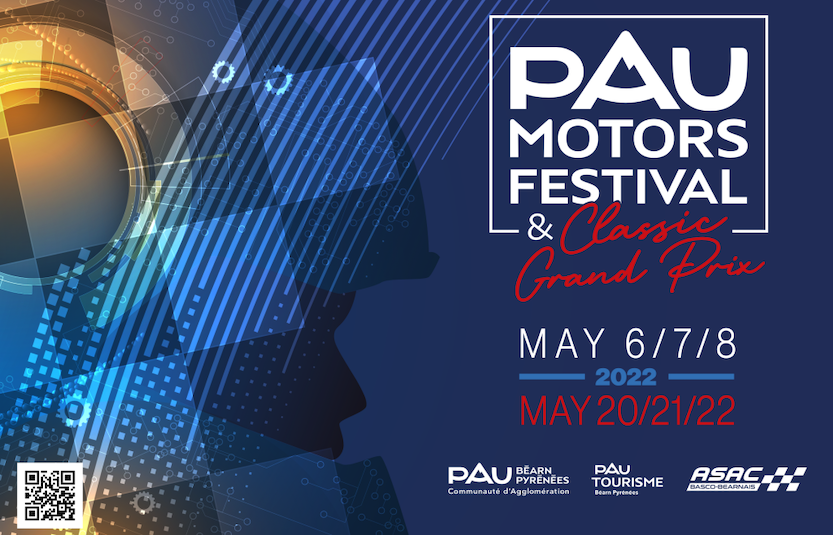 At the official presentation of the PAU MOTORS FESTIVAL 2022 this morning, François Ribeiro, Head of Discovery Sports Events, promoter of the FIA ETCR and WTCR, underlined the significance of FIA international touring car racing’s long-awaited comeback to Pau, which hosted the FIA World Touring Car Championship from 2007-2009, and motorsport’s role in promoting electric mobility.

The creation of a fully-electric touring car series, PURE ETCR, in 2021, as a pre-cursor to what is now the FIA ETCR eTouring Car World Cup, brought the most powerful touring cars ever built to the nearby Pau-Arnos E-Circuit last October.

The series, under its new name, will now take centre stage on the iconic Circuit de Pau-Ville, which winds its way through 2.796km of a city that has been one of the prime movers in sustainable transport in recent years.

“Ever since our last race on Pau’s famous street circuit in 2009, we have always considered how we could bring back FIA World Touring Car racing to this beautiful town and wonderful community,” said François Ribeiro, Head of Discovery Sports Events.

“The PURE ETCR Race FR at the permanent Circuit Pau-Arnos last autumn was the first step towards achieving this key objective and Discovery Sports Events is very proud and excited to be bringing not one but two FIA international series to the first PAU MOTORS FESTIVAL when we will help promote Pau to the world.

“All these factors underline the importance Discovery Sports Events, a major shareholder in Formula E, places on the environment. The PAU MOTORS FESTIVAL will allow us and our stakeholders to showcase just some of what we do to promote sustainable motorsport.”

Mr Bayrou said: “Motor racing, and the Grand Prix in particular, is part of the identity of the city of Pau. It’s something we’re famous for. But it’s also a part of our responsibility – and not just not just because of our unique location in the Pyrénées – to limit the amount of carbon we put into the atmosphere.

“By showcasing forms of low or zero-emission motorsport, like FIA ETCR, we can continue to evolve and develop our event here in a way that promotes the decarbonisation of mobility.

“We have the best air quality of any city in France, we introduced the first hydrogen-powered public transport system in the world three years ago and we continue to look for new ways of working to ensure we remain in the ‘Avant-garde’ of decarbonisation.”

Jean-Karl Vernay, the winner of Race FR at the Pau-Arnos E-Circuit last year driving a Hyundai Veloster N ETCR on Goodyear tyres, said: “I’m super-happy that the series is going to Pau. I love the region and Pau is a track I love so I’m definitely happy. I raced there in Formula 3, I won in Formula 4, Formula Renault and Porsche Cup also. Although it’s a home race it’s a seven-hour drive from Lyon where I am from but we don’t have so many local tracks there so definitely it’s cool to go to Pau.”

Organised by the Sports Association of the Automobile Club Basco Béarnais, The PAU MOTORS FESTIVAL is being led by the Pau Béarn Pyrénées Urban Community and its premium partners. They advocate that the decarbonisation of transport requires the combined contribution of all existing low-carbon technologies such as electrification, hydrogen and low-carbon liquid fuels.

FIA ETCR is in a unique position to emphasise this message. The world’s only 100 per cent electric multi-brand touring car competition features HTWO green-hydrogen-fuelled units to power the recharging process for all race cars, plus an all-weather Goodyear race tyre that means fewer examples than previously need to be manufactured, transported and disposed of.

Added to this are a strict ‘no-air freight’ policy and a cleverly-optimised calendar designed to eliminate unnecessary long-haul journeys and reduce carbon emissions by up to 90 per cent, plus a partnership with EARTHDAY.ORG to help the series monitor and reduce its own emissions and signature of the United Nations Sports for Climate Action Network.

Ticket details will be announced at a later date via https://grandprixdepau.fr/