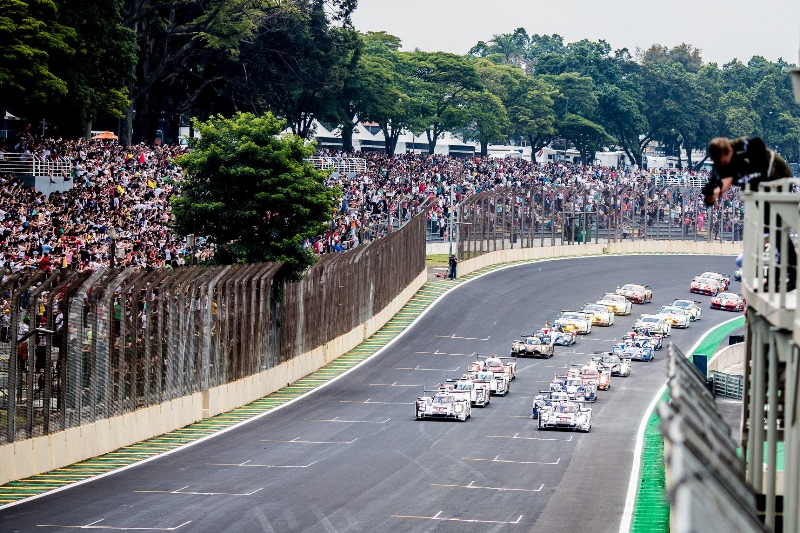 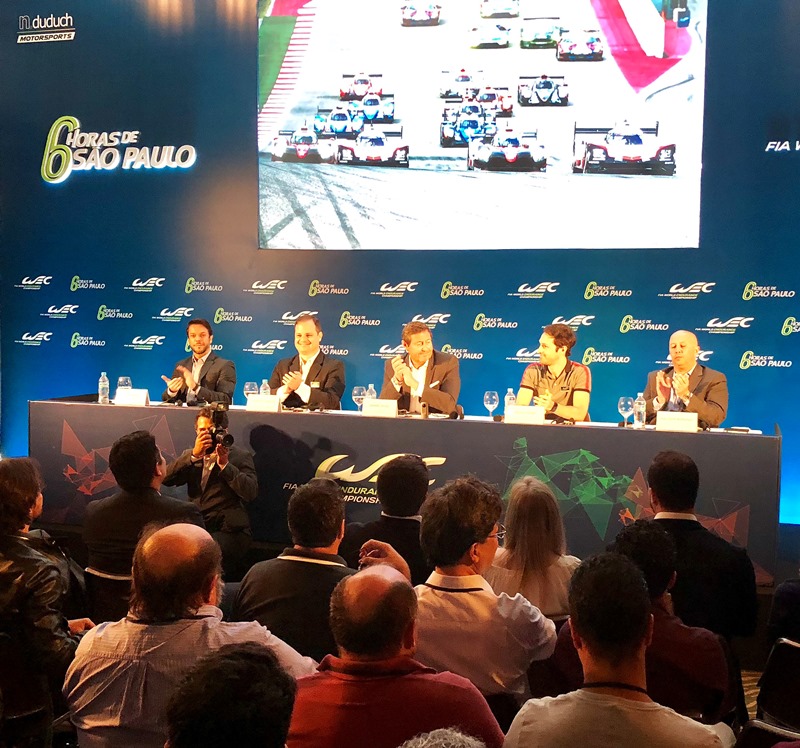 The FIA World Endurance Championship is delighted to announce it will make a welcome return to the spiritual home of Brazilian endurance racing, Autódromo José Carlos Pace (Interlagos) in São Paulo, from the 2019-2020 season.

Announced today (22 March 2018) at a packed and enthusiastically received press conference in the Brazilian city, the 6-hour race will form part of a calendar which is due to be revealed this summer. A date for the 6 Hours of São Paulo will be communicated in due course, and it will mark a return for the WEC to the popular South American venue for the first time since 2014.

The announcement regarding the multi-year deal to stage the 6 Hours of São Paulo was made by WEC CEO Gérard Neveu and the new local promotion agency, N Duduch Motorsports, led by CEO Nicholas Duduch.

It was also announced that 2017 LMP2 Champion Bruno Senna, present at the press conference, will become an ambassador for the event. His deep involvement, together with the WEC race participation of other South American champions such as José María López from Toyota Gazoo Racing and Augusto Farfus of BMW Team MTEK, will help to ensure a successful and well-attended race weekend.

Photo caption below:  Seated either side of Gerard Neveu of the WEC (centre) are Nicholas Duduch and Bruno Senna, also present are Mr Dadai, President of the CBA (Brazilian Motorsport Federation) and Joao Amaral representing the São Paulo Tourism department.

Jean Todt, President of the Federation Internationale de l’Automobile: “The return of the FIA World Endurance Championship to São Paulo is very good news for the many Brazilian motor sport fans and is fully supported by the FIA. The history and heritage of this great country, which is so passionate about all forms of motor sport, has always included the discipline of endurance racing. A return by the FIA WEC to Brazil enables us to continue to bring our sport to audiences around the world.

“I would like to send my best wishes to the CBA, the City of São Paulo, Nicholas Duduch and the local promoter agency, my good friend Bruno Senna, Gérard Neveu and the whole WEC organisation including all the competitors. We are all now very much looking forward to the start of what promises to be a very strong 2019-2020 season. I am sure you will join me in wanting to see a Brazilian driver winning the 24 Hours of Le Mans, and why not an FIA World Championship title in the same season as well?”

Pierre Fillon, President of the Automobile Club de l’Ouest: “The confirmation of the return of the WEC to São Paulo is very welcome news. Brazilian fans have always shown a genuine passion for the 24 Hours of Le Mans and for endurance racing in general. Who can forget the marvellous race which took place at our last visit to Brazil in 2014? We are very happy to go back to Interlagos from the 2019-2020 season to share our passion for motorsport with our Brazilian friends.”

Gérard Neveu, CEO of the World Endurance Championship: “This is very good news not only for the huge number of extremely passionate and loyal Brazilian fans of the WEC, but also for the championship’s competitors who love to race on the legendary Interlagos circuit.

“Our return to South America has been something we’ve been working towards for several years now, and our thanks must go to Nicholas Duduch and his organisation for their hard work to make it happen, with the support of the city of São Paulo. Having Bruno Senna as our WEC race ambassador in Sao Paulo is a real honour; he is undoubtedly one of the best drivers from the FIA WEC. Together with the whole FIA WEC paddock and our partners, we’re now looking forward to being back in Brazil in 2019-2020 and for a great event.”

Nicholas Duduch of N Duduch Motorsports: “We are honored to be part of this huge project. In partnership with the FIA WEC, we want to offer a complete experience for motor sport fans. The culture of endurance racing goes beyond the race itself, and our desire is to make the public get used to it, to understand it better and enjoy the best of what the FIA WEC has to offer.”