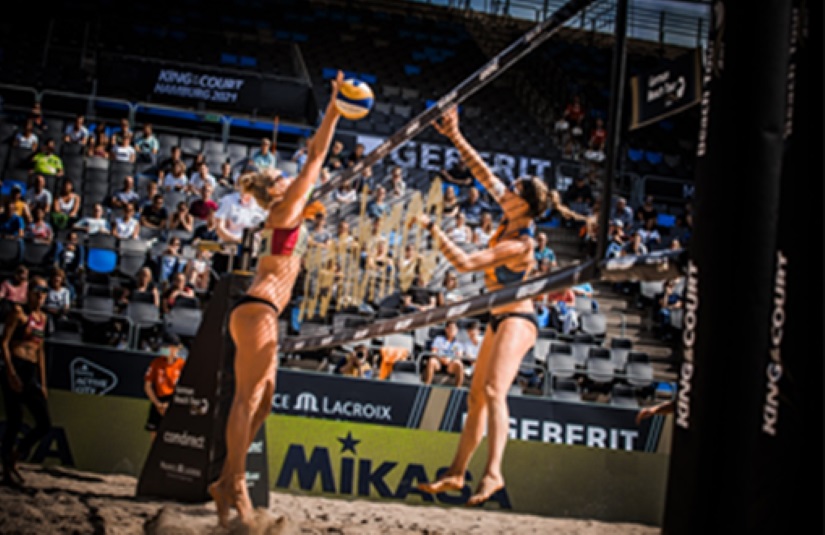 In total five teams per gender secured their spots for the semis. In the women’s tournament, Laura Ludwig and Anouk Vergé-Dépré teamed up for Hamburg and made the most of their first-time appearance.

For their ‘home’ audience they reached fifteen points before the time was up in the final round and the moved on to Sunday’s semifinals.

In the men’s, it seemed to go the way of Dutch King of the Court veterans Alexander Brouwer and Robert Meeuwsen, as they won the first two rounds by big margins. But in the third and final round Lion King Aleksandrs Samoilovs and Janis Smedins pulled some tricks from up their sleeves and ran away with the win and the semifinal spot.

Also, 2018 Kings of Utrecht Pablo Herrera and Adrian Gavira took on 2020 King Marco Krattiger who teamed up with Moritz Pristauz for the occasion as his partner Florian Breer is unfortunately out with an injury.

In the end Pristauz and Krattiger won and earned their spot in the semis on Sunday. In addition, French Quincy Aye and Arnaud Gauthier-Rat and Piotr Kantor came out on top and went straight through to Sunday.