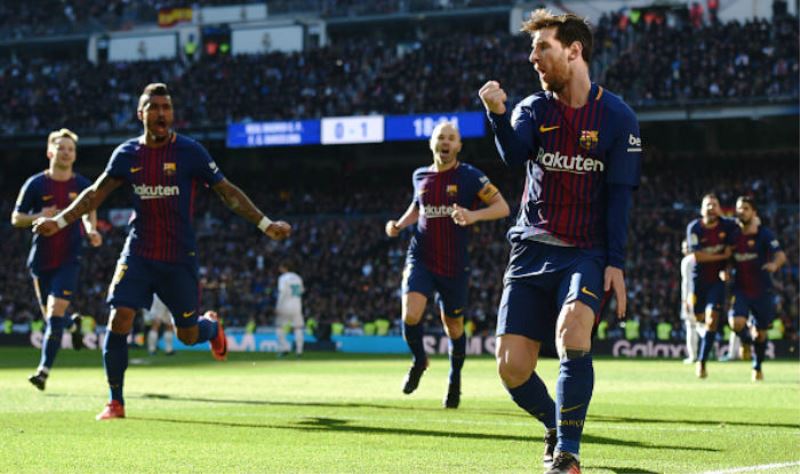 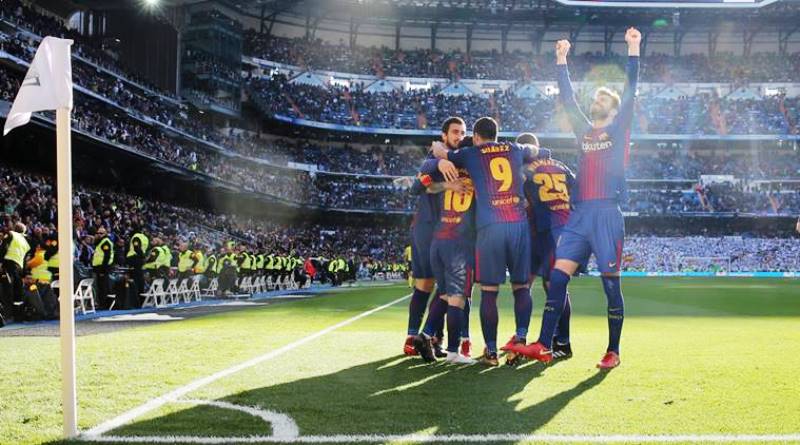 Barcelona further tightened their vice-like grip on the La Liga title by sweeping aside eternal rivals Real Madrid 3-0 on Saturday to leave the European champions 14 points adrift down in fourth place.

Luis Suarez, Lionel Messi and Aleix Vidal were on target for the visitors in the second half as Madrid paid for not taking their chances when on top before the break.

The day before Santa Claus comes to Spain, Barca already have what they most wanted for Christmas.

Not only did they leave Madrid trailing, but defeats for Atletico Madrid and Valencia this weekend mean they now lead La Liga by nine points.

Ernesto Valverde’s men are unbeaten in 25 games, stretching back to their previous visit to the Santiago Bernabeu when they were outclassed as Real wrapped up a 5-1 aggregate win in the Spanish Super Cup.

Back then, Real seemed all-conquering after a first La Liga and Champions League double for 59 years, whilst Barca were reeeling from the loss of Neymar to Paris Saint-Germain.

However, thanks to Valverde’s shrewd management, the Catalans have bounced back in incredible style, dropping only six points in their opening 17 league games while their rivals have floundered.

Real have paid a heavy price for not building from a position of strength as they cashed in rather than splashing out in the transfer market in the summer.

Alvaro Morata, James Rodriguez and Pepe all left, whilst Real failed to get their premier target as Kylian Mbappe chose to join Neymar at PSG.

Missing out on Mbappe could prove even more costly when Madrid face PSG in the last 16 of the Champions League.

However, Real don’t just need a refreshment up front to offer back up to the ageing duo of Cristiano Ronaldo and Karim Benzema, now both in their ninth season in Madrid.

The hosts faded physically in the second half as the toil of playing in six competitions this season has become increasingly apparent in recent months.

The key to Valverde’s rejuvenation of Barca has been an unusual one for the Catalans.

Unlike the sparkling football shown by Pep Guardiola or Luis Enrique’s treble winning sides in the past decade, Barca have built from the back.

Goalkeeper Marc-Andre ter Stegen has been in outstanding form, but Neymar’s departure has also allowed Valverde to play an extra midfielder to offer more protection to the back four.

“Tomorrow they are going to hammer me,” recognised Zidane after his decision to surprisingly start Mateo Kovacic instead of a host of other attacking options such as Gareth Bale, Isco or Marco Asensio backfired.

However, his heaviest defeat as a senior coach means his judgement is finally beginning to be questioned.

And that pressure will only intensify unless he can mastermind a way past free-spending PSG come the new year.

Ronaldo has hogged the headlines in the past month after picking up his fifth Ballon d’Or to move level with Messi in their personal battle to be declared the best player of their generation.

The Portuguese was rewarded for his remarkable goalscoring streak towards the end of last season’s Champions League with 10 goals from the quarter-finals on as Madrid were crowned champions of Spain and Europe.

However, in terms of consistent performances in 2017, Messi has been in a world of his own and rounded off the year with another goal and assist. – Agence France-Presse