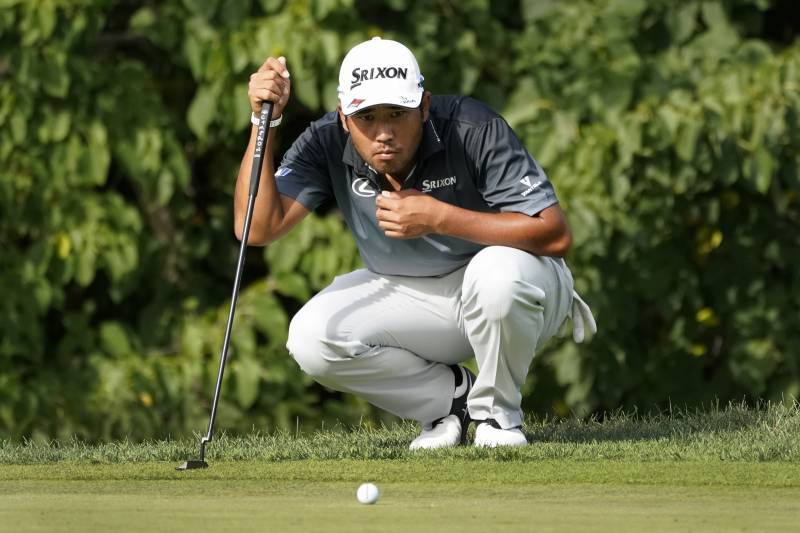 #Four nominated for PGA TOUR Rookie of the Year

The Player of the Year and Rookie of the Year awards are determined by a member vote, with PGA TOUR members who played in at least 10 official FedExCup events during the 2019-20 season eligible to vote. Award winners will be announced at a later date.

Player of the Year nominees (alphabetical)

Entered 14 events with victories (3) at the Travelers Championship, THE NORTHERN TRUST and TOUR Championship
FedExCup winner
Finished eighth in Scoring Average (69.323)
Recorded a total of seven top-10 finishes among 11 made cuts

Entered 21 events with victories (2) at the Workday Charity Open and the PGA Championship
Finished sixth in the FedExCup
Finished 15th in Scoring Average (69.856)
Recorded a total of seven top-10 finishes among 19 made cuts

Entered 15 events with victories (2) at the Memorial Tournament presented by Nationwide and the BMW Championship
Finished fourth in the FedExCup
Finished second in Scoring Average (69.127)
Recorded a total of eight top-10 finishes among 14 made cuts

Entered 14 events with victories (2) at the Waste Management Phoenix Open and RBC Heritage
Tied for 12th in the FedExCup
Finished first in Scoring Average (68.978)
Recorded a total of eight top-10 finishes among 12 made cuts

Entered 18 events with victories (3) at THE CJ CUP @ NINE BRIDGES, Sentry Tournament of Champions and World Golf Championships-FedEx St. Jude Invitational
Tied for second in the FedExCup
Finished third in Scoring Average (69.128)
Recorded a total of 10 top-10 finishes among 15 made cuts

Rookie of the Year nominees (alphabetical)

Entered 23 events with seven top-10s, including top-fives at the PGA Championship and THE NORTHERN TRUST
Finished fifth in the FedExCup
Recorded a total of 13 top-25s and 18 made cuts
2019 Korn Ferry Tour graduate

The Player Advisory Council and the Player Directors nominate annually a list of first-season PGA TOUR members for the PGA TOUR Rookie of the Year Award.

For the 2020-21 PGA TOUR Season, at their discretion, the Player Advisory Council and the Player Directors may determine that circumstances (i.e. the lack of nominees due to the absence of a 2020 Korn Ferry Tour graduating class) may not warrant the selection of a 2021 award recipient.

A player’s rookie season (“Rookie Year”) is defined as the season in which he becomes a PGA TOUR member (including Special Temporary Members) and plays in 10 or more events as a member or finishes in the Top 125 on the Official FedExCup Points List or qualifies as a Top 125 Non-member, whichever occurs first.

Further, for purposes of this definition, a new member (including Special Temporary Members) shall not be eligible to be a rookie if he has previously played in more than seven (7) Official PGA TOUR Money events as a professional in any prior season.