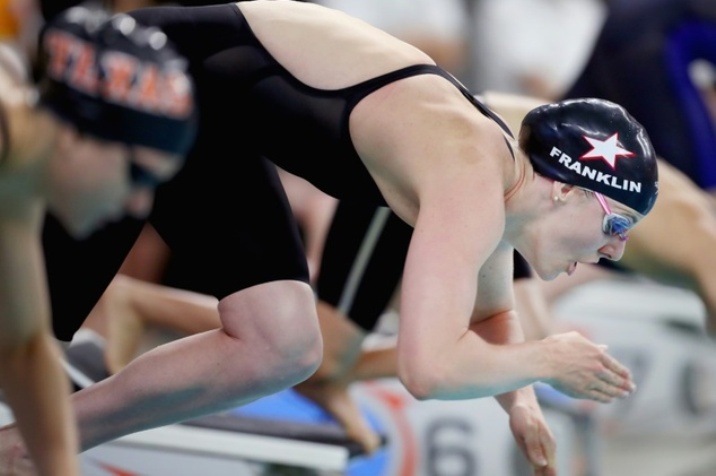 Missy Franklin booked her ticket to the Rio Games on Wednesday, silencing those skeptics who were starting to wonder if the golden girl of London would be left out in the cold four years on.

Franklin rallied to seize second place behind freestyle phenomenon Katie Ledecky in the 200m free at the US Olympic Swimming Trials, shrugging off the bitter disappointment of a seventh-placed finish in the 100m backstroke the day before.

“That’s probably the most proud race I’ve ever swam in my entire career, coming back from such a loss and telling myself that I still have it in me to do whatever I believe I can do,” Franklin said. “To not only get a relay spot but get an individual spot as well, so thrilled.

Franklin was a breakout star in London, an effervescent teen with a killer instinct that brought her gold in the 100m and 200m backstrokes and in two relays.

She shone again at the 2013 world championships, before seeing a slide set in.

Whether it was the nagging effects of the back injury that struck at the 2014 Pan Pacific Championships, or the new pressures brought by turning pro, Franklin found her native optimism tested.

That only intensified at the trials, the hot-house selection meet where only the top two finishers in each event secure individual Olympic berths.

After the dismal 100m back outcome, Franklin said she tried to think about the challenge differently.

“I realized that my job here, it’s not to make the Olympic team, it’s not to defend anything. It’s to swim well,” said Franklin, who holds dual US/Canadian citizenship.

“That’s always what my job has been, and that’s what I need to continue to do.

“It’s me trying to work through and deal with this kind of pressure that I’ve never really dealt with before.

“I think, as we just saw, I’m really starting to figure that out. – Agence France-Presse