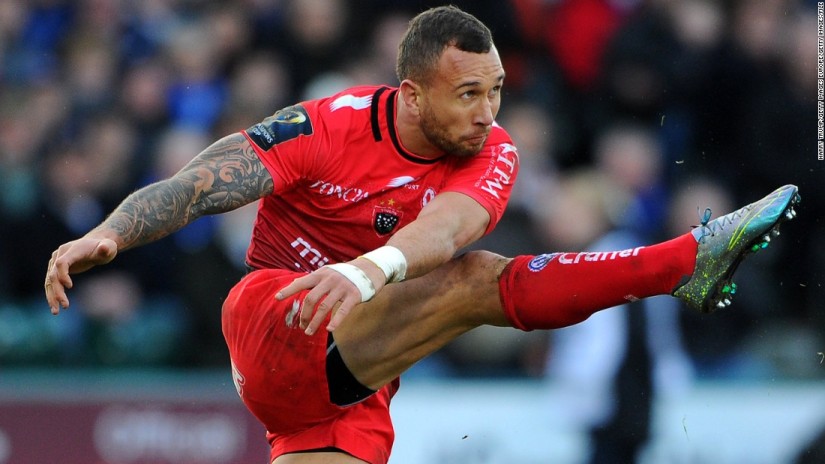 Fly-half Cooper is due to return to Australia ahead of next year’s Super Rugby season following a brief stint with French powerhouse Toulon, where he linked with Giteau and Mitchell for the 2015/16 Top 14 season.

Fellow French-based scrum-half Genia is also included as he returns from a knee injury that has kept him out of action since January. He edges out Nick Frisby with winger Luke Morahan and prop Toby Smith also cut from the squad.

Giteau said the Wallabies could give the world champion All Blacks a run for their money this season.

“But I think the players we’ve got here, the coaching staff and with as hard as the players are working, we’ve definitely got the team to put up a great fight.”

Israel Folau is likely to play at fullback despite being deployed in the centres for the NSW Waratahs this season, Cheika said.

“I think no matter where he plays he’ll be an influence on the game but I like him back there (at fullback)…and what he can do in the wider channels and I’d suggest more than likely that’s where he’s going to play,” said Cheika.

“I think also we’ve seen (incumbent No. 13) Tevita Kuridrani improve his season towards the end.”

Three debutants from the recent England Test series are also in the running to add to their Test tally with Samu Kerevi, Adam Coleman and Dane Haylett-Petty all included.

Lock Kane Douglas is in the squad for the first time this year after returning from a knee reconstruction, while his second row partner Rob Simmons has also made his way back from a shoulder injury which cut short his Super Rugby campaign.

Kurtley Beale, Rory Arnold and Joe Tomane were not considered for selection because of injury.

The Wallabies open their Rugby Championship and Bledisloe Cup campaigns against New Zealand in Sydney on August 20.