Sports247
Home News Futsal in the Philippines will be reboot – Dominguez 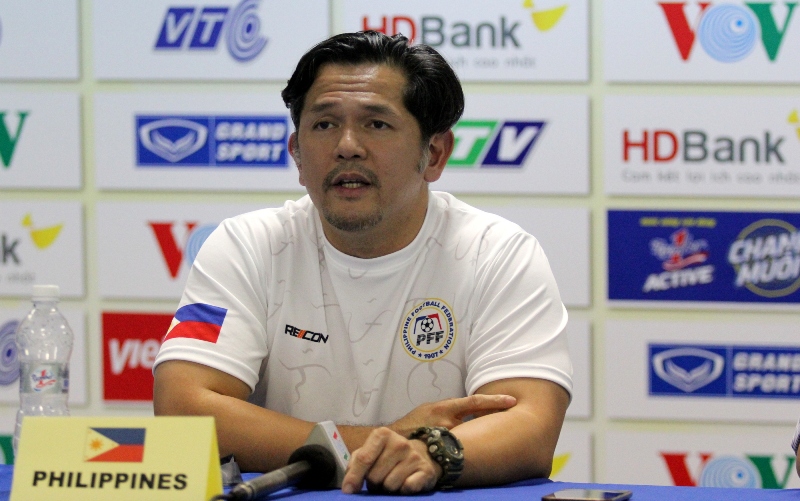 The string of high scores were certainly not good for the image of Futsal in ASEAN but if there’s anything which is certain, it is that steps are already being taken to ensure that there will not be a repeat in 2018.

Christian Dominguez, the head coach of the Philippines whose team let in a whopping 75 goals without scoring even once, said that the Philippines are seriously looking at a reboot of the indoor games in the country.

“Previously, we had some problems which I would rather not go into,” said Dominguez (main pix).

“But after this tournament, we are seriously looking at a reboot or a revamp of the Futsal game in the Philippines. Before, we had opted for naturalised players but I believe that we have realised this is not correct.

“We need to look at the games from a more developmental which is long term rather than short. Furthermore, the team that we have brought here is a really young team, so they are short of experience.

“This team will be the core squad for the SEA Games in 2019 which the Philippines will host. So I would like to say it here that you will not see such high scores again at the next AFF Futsal edition in 2018 – that I can assure you.”

Being placed in a tough group which included Vietnam, Myanmar and Indonesia certainly did not help matters where the loss to Brunei in their last group game was the final straw.

For Brunei and while they do have a Futsal League in the country, still it did not prevent them from conceding a total of 40 goals against the big boys underlined the work that they still have to put in.

Head coach Mohd Yunos Mohd Yusof said that just like the Philippines, the indoor games in Brunei will be going back to the drawing boards.

“We will also be looking at development in the long terms where even though we have a Futsal League, we seriously need to look at the younger age groups like Under-12 and so on,” added Mohd Yunos.

To a question if the AFF Futsal League should introduce a qualifying system like the AFF Suzuki Cup, Mohd Yunos pointed out that costs will be a factor.

“Having qualification matches will involve more costs. I believe that a better system would be to have Two Divisions. The big teams in the upper group while the lesser teams in the lower tier,” he added.

“That will make the AFF Futsal more interesting. I don’t think that the fans enjoy watching high scoring games. They would rather watch competitive matches between teams of similar standard.”