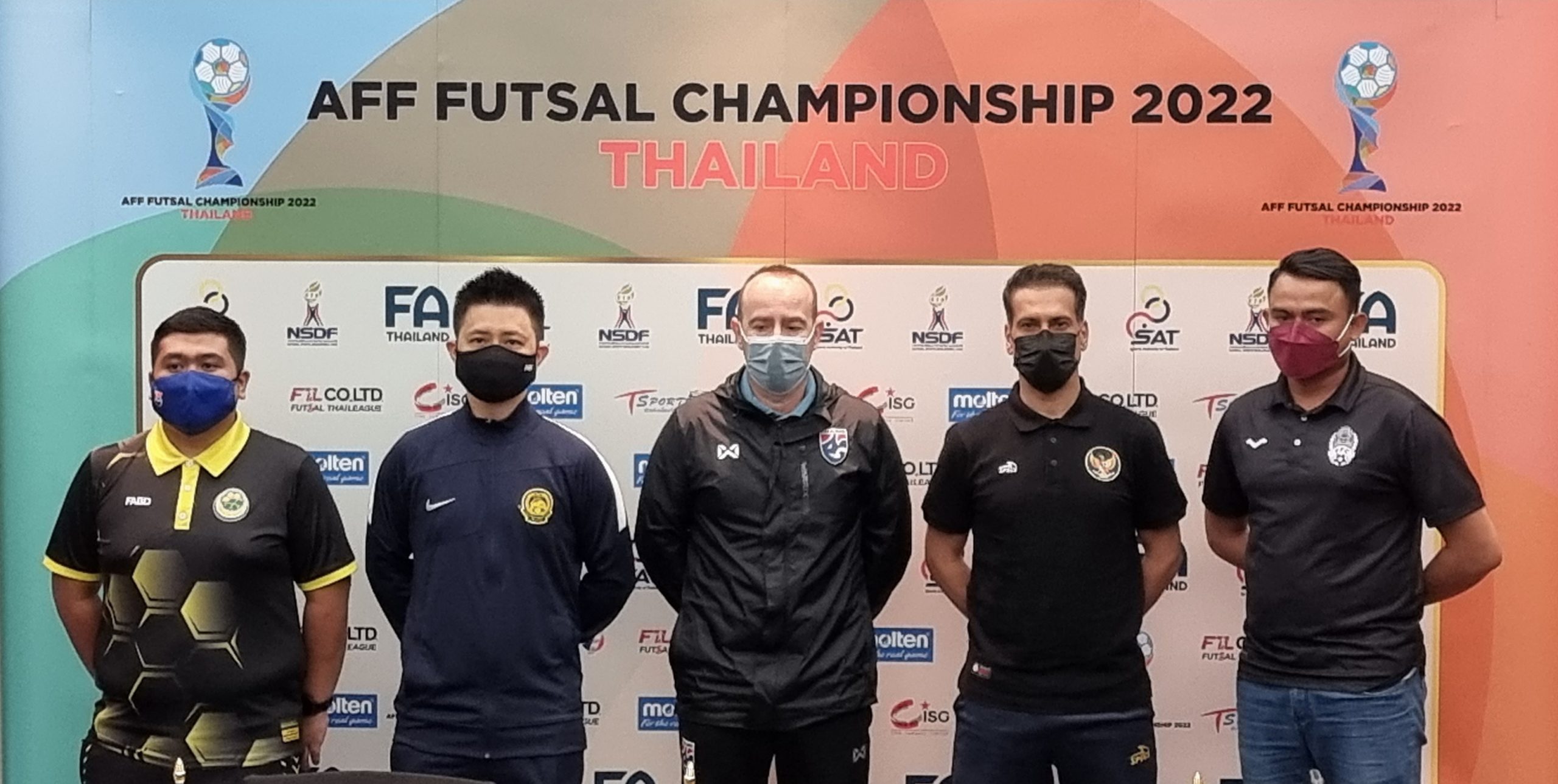 With 15 ASEAN crowns under their belt, Thailand will still be the team to beat when the AFF Futsal Championship 2022 gets underway tomorrow at the Indoor Stadium Huamark.

Thailand, who had just picked up the NSDF Futsal Invitation Championship following their win over Iran in the final recently, are in a confident mood when they take on Brunei DS in the second game of the group tomorrow evening.

“We will still be using the same players from the ones that played at the NSDF. Maybe possibly just one newcomer,” said Thailand head coach Carlos Cesar.

“There’s not much difference in the teams playing here where everyone has been making improvements. So we shall see.”

Added Brunei DS head coach Abdul Azim Zakaria: “we just started the Futsal League and we got some new players to combine with the older lads. We hope to do better than how we had done previously.”

“I just took over the team three days ago even though the team has been training for about a month. Thailand is the strongest team here but we want to do well for the fans. The only thing is that we did not have any friendly matches to test the team before coming here.” – Indonesian head coach Muhammad Hashemzadeh

“We will be looking for a positive outcome for sure. We want to be competitive and this tournament will be a great opportunity for the young players to get high-quality exposure. We will have to treat every single game as a final match.” – Malaysian head coach Chiew Chun Yong

“This is the first time I am taking over as the head coach. It is a great opportunity not only for me but also for the players to get quality matches against the big teams in the region. I hope that this exposure will help in the development of Futsal in Cambodia.” – Cambodian head coach Chet Chanrachna