Home International Game on for Mercedes as Vettel finds mojo 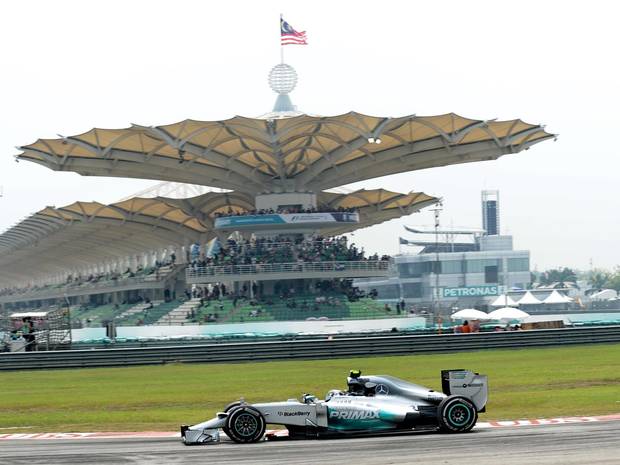 After their ill-advised goading of Formula One rivals Ferrari, the message for Mercedes before this weekend’s Chinese Grand Prix is clear: be careful what you wish for.

What began as banter, with Nico Rosberg inviting Sebastian Vettel to a Mercedes debrief in Malaysia, ended with red faces as Vettel roared to his first win for Ferrari.

Whether Ferrari can land another sucker-punch in Shanghai in far cooler conditions remains to be seen, but Vettel looks a man transformed after proving the Mercedes can be beaten.

The four-time world champion bristled at Rosberg’s claim, after an untroubled Mercedes one-two at the season-opener in Australia, that he wanted Ferrari to push Mercedes harder, and made his fellow German pay for his cockiness.

Lewis Hamilton, the current champion, and Rosberg had been all but untouchable, but Vettel has breathed new life into Formula One after rediscovering his mojo to top the podium for the first time since his last win for Red Bull in 2013.

Vettel also left Bernie Ecclestone with egg on his face after the sport‘s chief executive criticised him for being too low-key as world champion, and he will be determined to build on his momentum in Shanghai, where he last won in 2009.

As Vettel screamed “Fantastico, fantastico!” in Italian after his 40th race victory, Hamilton short-circuited in Malaysia, Ecclestone’s golden boy barking at his team for giving him the wrong tyres and for chattering to him through the corners.

On the podium, a champagne-soaked Rosberg shouted “Game on, Ferrari!” while Hamilton prowled in the background wearing a thunderous expression — pure theatre, and the perfect tonic to the gloom and doom after the no-contest in Australia.

Having won 16 of 19 races last year, there was considerable fear that the Silver Arrows would power away again this season, until Vettel’s heroics ended Ferrari’s 34-race drought to permit cautious optimism after a prolonged period of navel-gazing.

The emotion Vettel displayed as he triumphantly waved the Ferrari flag was a welcome sight — somewhat ironically, given that his crushing dominance with Red Bull drew boos from race-goers in 2013.

Team-mate Kimi Raikkonen will also look to build on his fourth place after fighting back from an early puncture to prove that both Ferraris can be a handful.

However, Mercedes team boss Toto Wolff insisted there was no cause for alarm, despite the unexpected challenge from Ferrari.

“It was a wake-up call,” he said. “Our opposition has raised its game but we have the weapons at our disposal. There is no panic.”

Hamilton, who has won three times in China, including last year, added: “Malaysia was a tough weekend. Shanghai suits my driving style so the target is to get back to the front.”

Away from the heavyweight podium battle, Max Verstappen will again be the focus of attention after the baby-faced 17-year-old became Formula One’s youngest points-scorer with his seventh-place finish for Toro Rosso in Sepang.

Meanwhile, once-mighty McLaren need to find some reliability after ex-world champions Jenson Button and Fernando Alonso — in his first race since rejoining the team from Ferrari — both retired in Malaysia, leaving them without a point this season. – Agence France-Presse