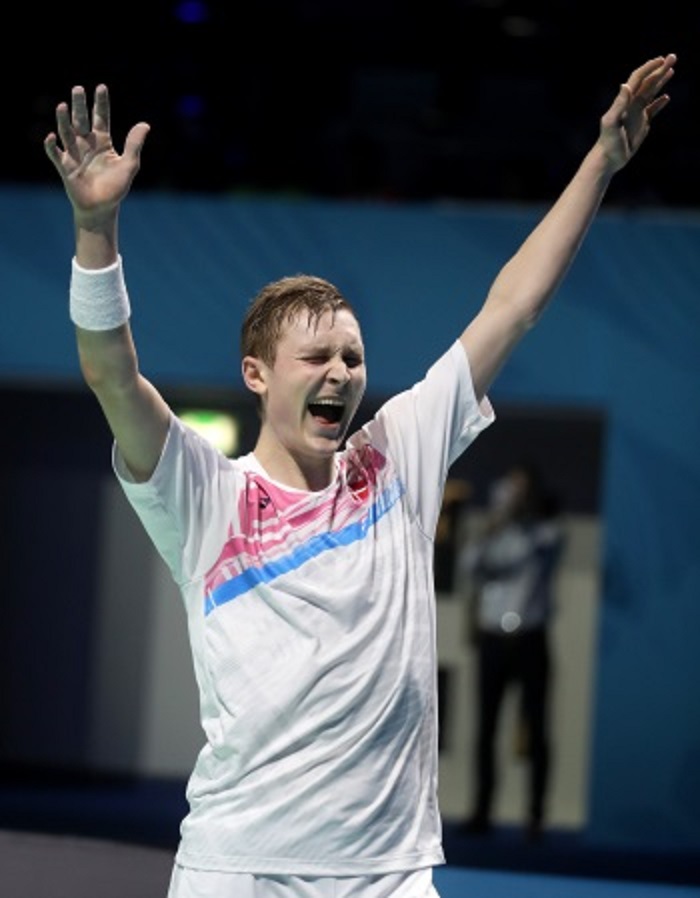 Datuk Lee Chong Wei’s hopes of winning his fifth title in the BWF Superseries Finals ended in heartbreak for the Malaysian when he lost to defending champion and world number one Viktor Axelsen of Denmark in the final in Dubai on Sunday.

The 35-year-old Malaysian, ranked number two, toiled for 84 minutes at the Hamdan Sports Complex in Dubai before the much younger Axelsen won the three-game thriller 19-21, 21-19, 21-15 to retain his title. The Dane was playing in his third successive final in the Superseries Finals.

‘Sorry coach I could not win the title. I gave my best in the final,” Chong Wei told his coach Datuk Tey Seu Bok after the match.

The 12-year age difference between Chong Wei and Axelsen gave the Dane the edge of the Malaysian. Axelsen, however, did have it easy and admitted that he was “nervous” facing Chong Wei.

“You could see Chong Wei played very well. He played a patient game but luck was also not with him. It is not easy to play this type of game…he gave his best,” said Seu Bok when contacted in Dubai after the match.

It was also a sad ending for India’s P.V. Sindhu in the women’s singles final. The 22-year-old Rio Olympics silver medallist, who also finished runners-up in this year’s World Championships in Glasgow in August could not ride on her win in the first game and went down to Japan’s Akane Yamaguchi in three games in the final.

The Japanese prevailed 15-21, 21-12, 21-19 in a marathon 94-minute final and it was sweet revenge for Yamaguchi who had lost 9-21, 13-21 to Sindhu in a group match. Yamaguchi’s win means Japan won the title for the second successive year. Nozomi Okuhara won the title last year.