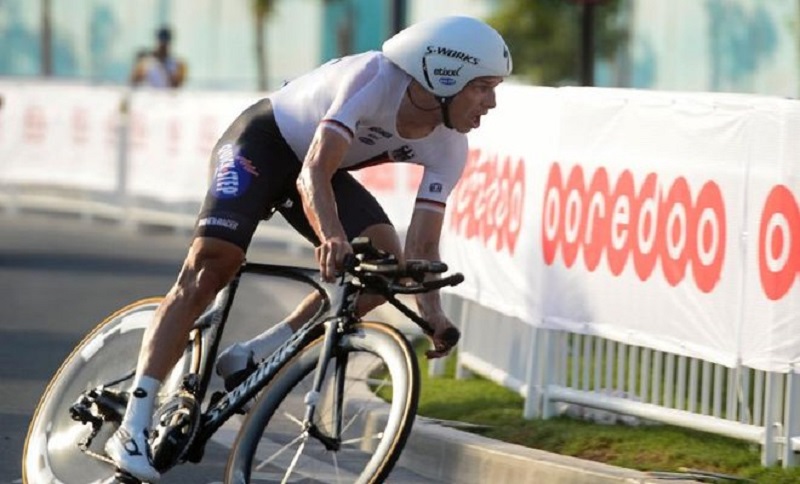 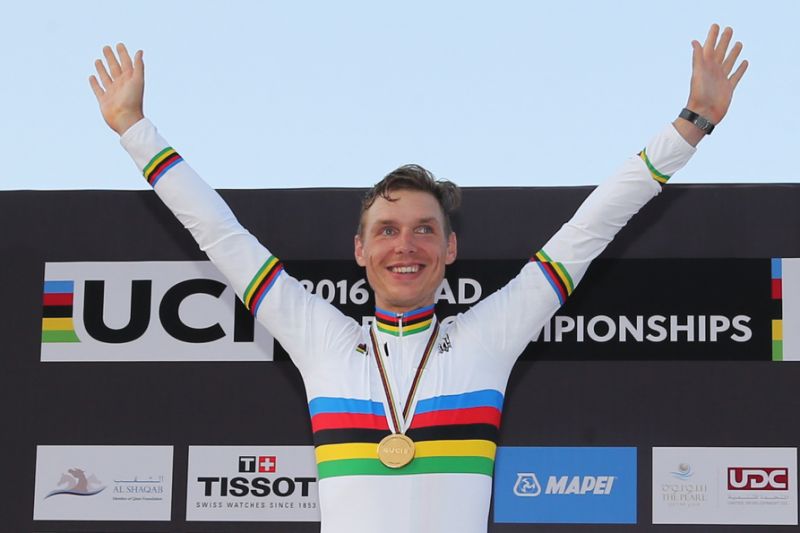 Martin obliterated the field of 66 riders, winning the 40km race by 45 seconds from last year’s champion Vasil Kiryienka of Belarus, with Spain’s Jonathan Castroviejo a further 25sec back in third.

Martin previously won the title in 2011, 2012 and 2013, and joins Fabian Cancellara as the only four-time winners of the event.

“Everybody knows that I haven’t had a good year.

“But this makes everything OK — the course was made for me.”

One of the pre-race favourites, Tom Dumoulin, the Olympic silver-medallist, finished way back in 11th place, more than two minutes off the pace.

The race was surprisingly led for a long time by Ireland’s Ryan Mullen, who eventually finished fifth.

It is the second time this week Martin has taken gold, having also triumphed in the team time-trial in his last race for his Etixx-Quick Step outfit.

Martin told reporters that his first victory in Copenhagen was the most special to him, but he would try and beat the record he shares with Cancellara.

He added that before this season his form was such that he had begun to doubt whether he was still a “really big time-trialler”.

The race began in temperatures of 37 degrees Celsius (99 degrees Fahrenheit) as the flat course took riders from just north of Doha to the finish on a man-made island on the fringes of Qatar’s capital.

Martin said he had prepared thoroughly for the conditions — he said earlier in the week he had trained on rollers in a heated room — and averaged almost 54 kilometres per hour throughout the ride.

He was ahead of his rivals by the second checkpoint and his victory was never in doubt after that, yet the 31-year-old admitted he was surprised by the margin of victory.

Second-placed Kiryienka said he was very satisfied with his performance and placing, despite losing his world title, and had the “deepest respect” for Martin’s victory.

“The surprise was last year when Tony Martin did not stand on the podium.”

Martin finished seventh last year, more than a minute behind the Belarussian.

Castroviejo admitted he struggled with the heat in Qatar and called the course “very difficult”. – Agence France-Presse