Home News GIRLS’ U15: Easy for Philippines; lucky for Cambodia 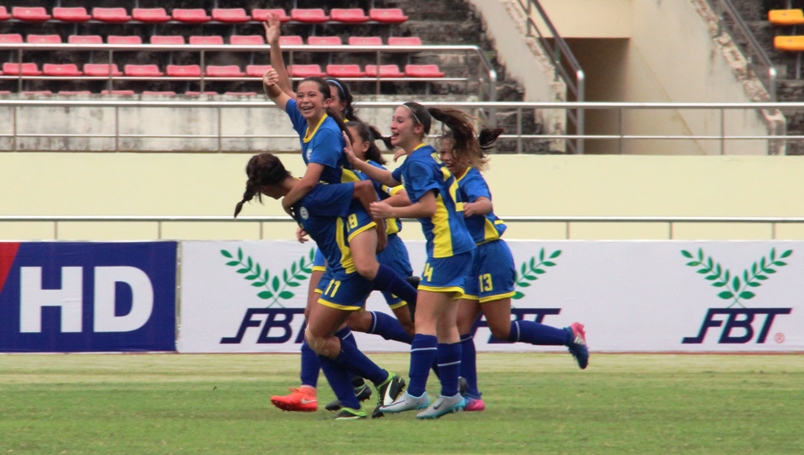 Philippines made it all too easy in their opening game of Group B of the AFF Under-15 Girls’ Championship when they beat Indonesia 2-0 while Cambodia were lucky to beat Singapore 2-1 in the second game of the day.

The well-organised Philippines had several skilful individuals like captain Zalamea Calayan and also Alexander Yap to thank for their dominance as they walked off the afternoon with the full points.

After pushing Indonesia to their own half, the Philippines began to attack from all side and Zalamea gave the early indication of what’s to come in the 12th minute when she fired in a stinger from 20metres out that rocked the Indonesian crossbar.

And just nine minutes later, the Philippines went ahead where off a cross from Yap from the left, the unmarked Cera Mendoza slammed the ball in for the lead.

In the 32nd minute, the Philippines doubled their lead with Chloe Williams providing the freekick and Yap with the slightest of header to put the ball into goal.

The Philippines could have added several more goals into the second half but for the excellent work of Indonesian keeper Rabiah Khodijah, who made several timely saves to keep Indonesia in contention.

And they were not without their chances too where striker Sheva Furyzcha despite her small disposition played as if there was no tomorrow as she kept pushing the Philippines backline.

The closest Indonesia came to finding the goal was in the 71st minute off a freekick from captain Safira Kartini that came off the woodwork.

In the meantime, Singapore suffered a heart-wrenching 2-1 loss to Cambodia in a match where really they should have picked up the point. 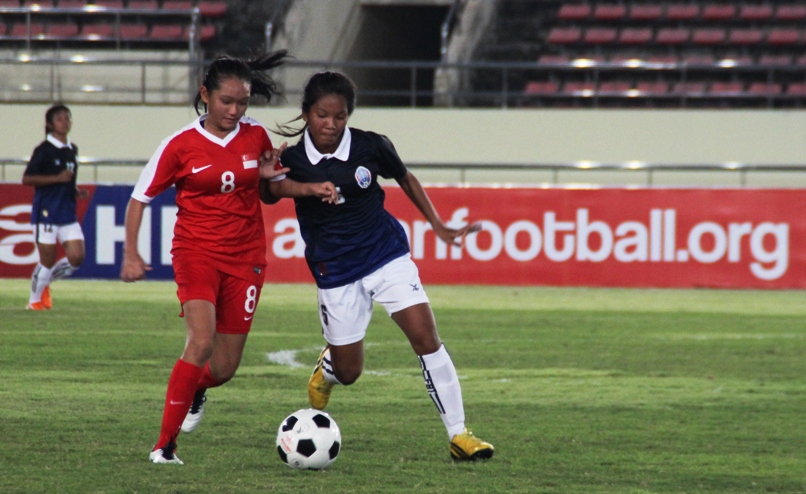 In an evenly-matched affair, both teams were not giving any quarters although it was Cambodia who seized the early initiative.

As early as the sixth minute, Lim Sochea could have put Cambodia ahead following a poor clearance from Singapore keeper Azura Azlan. But her attempt from a tight angle missed the target completely.

Singapore were not pushing hard enough in the first 40 minutes and this allowed Cambodia more possession.

And while Sochea missed again in the 26th minute, there was no stopping Cambodia from grabbing the lead at the half hour mark when Pech U Chun caught the rebound following an earlier attempt from Norn Minea.

Singapore came alive into the second half as they pressed Cambodia hard from the onset.

And soon Cambodia were to find that playing it defensive was not a good plan with a slender one-goal lead when Singapore midfielder Putri Nur Syaliza Sazali’s turning shot in the 71st minute caught keeper Poeum Kunthea off guard.

With the score at 1-1, it cajoled the Cambodian girls into action and that seems to put Singapore out of sorts.

And in their desperation to keep the score intact and pick up the one point from the tie, a defensive mishap allowed Cambodian substitute Kory Muoykanha to stab the ball home for the winner.