Home News GIRLS’ U15: Excitement ahead as girls see action in Vientiane 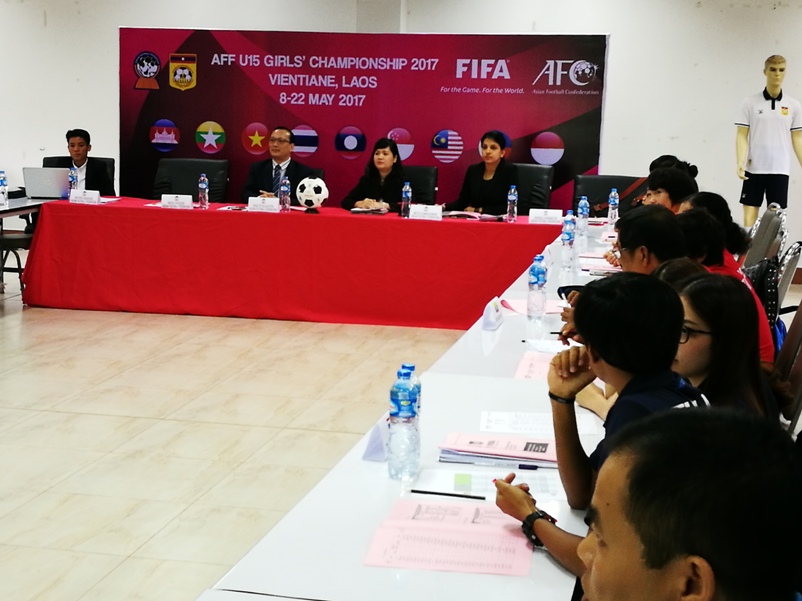 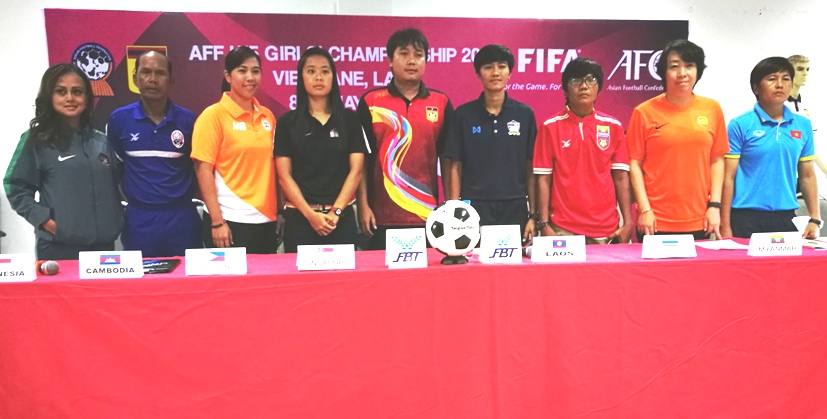 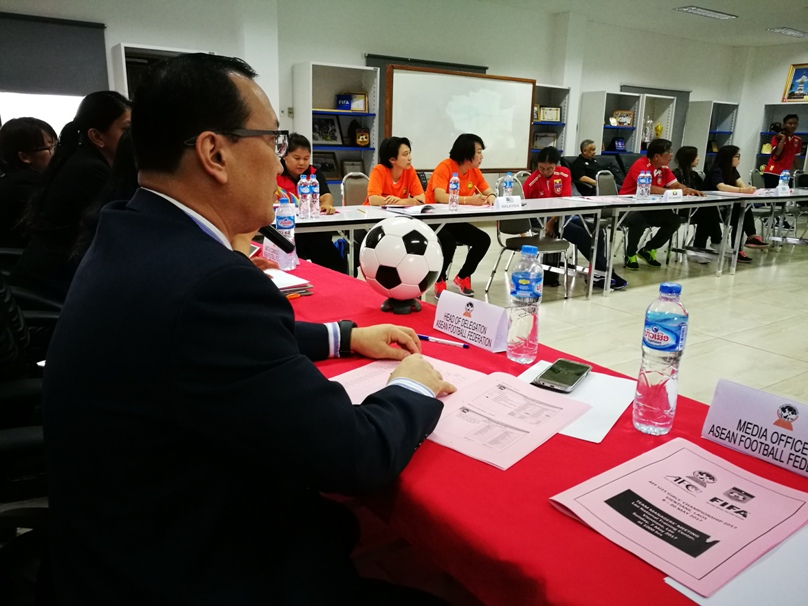 The women’s game in the ASEAN region will take another step forward this week with the city of Vientiane in Laos playing hosts to the inaugural AFF Under-15 Girls’ Championship.

And while the players might be heading into the unknown as afterall it is the first year that the competition is being held, there is no denying that there was an air of excitement among the team managers’ and coaches who took part in the pre-event press conference this morning.

The consensus was that the tournament is a welcomed event to the AFF calendar as each countries look to further develope the women’s game and bring it up a notch higher.

“We are 100% ready,” said Laos head coach Vongmisay Soubouakham. “We have been preparing for the last two months and playing at home should give us the confidence of making at least the semi-finals.”

Added Singapore team manager Beatrice Tan: “we are very excited for this event. It is a great opportunity for the players to gauge their level and learn from the opponents.”

“This is a new competition so we have to look at game by game. We cannot be too over-confident although I believe that we are quite capable of finishing among the top three,” said Thailand head coach Sukanya Riingam.

“We have been hard at work over the past month, so naturally we are very excited to take part in this competition which is important for the young girls,” said Marielle Benitez, the head coach of Philippines.”

“We are in a hard group and although we have trained hard for the past two months, it will be a challenge at this age-group. But we will be aiming for a place in the semi-finals,” said Nu Nu Khine Win, the head coach of Myanmar.

“We had trials two months ago and we have selected these players to represent Cambodia. We trained for the past month although intensive training was just the last two weeks,” added Cambodian head coach Meas Sam Oeurn.

“This is a very important youth tournament for girls as there are not many in the region. For us and while we may want a good result, we also want our girls to enjoy the game,” said Zhang Hong, the head coach of Malaysia.

“We are taking this tournament seriously and it is for this reason that the support staff is the same as any other youth team. The girls have undergone training for the past two months and I believe they are well prepared,” said Indonesian team manager Esti Puji.

“The tournament presents a valuable chance for the young players to learn and grow. It is a great tournament for exposure and we really have to thanked the AFF for organsing this event,” said Nguyen Thi Mai Lan, the head coach of Vietnam. 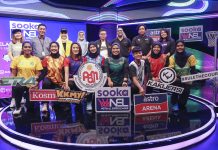