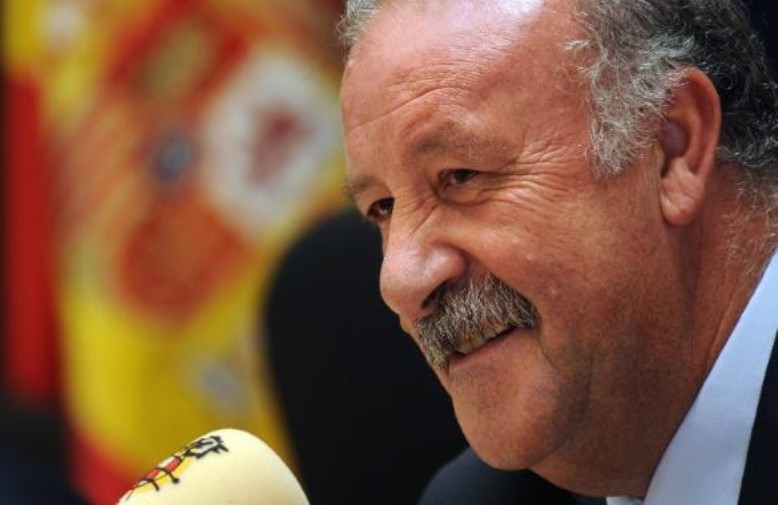 Spain boss Vicente del Bosque tends to be the calmest and most loyal of coaches when faced with a crisis, but even his patience has worn thin after the European champions laboured to a 1-0 win over Macedonia on Tuesday.

An uninspiring three points moved Del Bosque’s men ever closer to sealing their place at the European Championships in France next year, where they will aim to win the tournament for a record third consecutive occasion.

Yet, far from champions, Spain barely even look like contenders as the hangover from their disastrous showing as holders at the 2014 World Cup threatens to roll over into another major international tournament.

“We honestly have to recognise that we didn’t play well, ” said Del Bosque after a comical own goal from Macedonian goalkeeper Tome Pacovski handed his side victory.

“We have won by chance and the explanation isn’t easy.

“After the goal, we were static, slow, on our heels and lacking penetration.”

However, the performance in Skopje wasn’t a one-off. After the positive vibes of La Roja getting back to somewhere near their best in Friday’s 2-0 win over Slovakia, it was another step in the wrong direction as Spain’s struggle to score goals against the lesser lights of international football continued.

In five games in 2015, Spain have managed just six goals, including Pacovski’s gift and another one from the penalty spot.

The lack of goals has seen the focus turned once more on Chelsea striker Diego Costa’s suitability to Spain’s ‘tiki-taka’ short-passing playing style.

Since turning his back on Brazil to play for his adopted country in 2013, Costa has scored just once in nine games with his solitary effort coming against minnows Luxembourg last October.

The 26-year-old will also miss the chance to get his international career going when Luxembourg visit Logrono next month as he is suspended after seeing his third yellow card of the campaign against Macedonia.

“When I start to score, Spain will score more goals,” said a defiant Costa.

Yet, many question whether Del Bosque will show the same loyalty to him as he has to the heroes of the three consecutive major tournament wins between 2008 and 2012.

Critics of the former Real Madrid boss believe he has been too slow to make changes since the calamitous showing in Brazil 15 months ago.

Indeed, 10 of the 11 that started against Slovakia on Friday also played in the 5-1 mauling suffered at the hands of the Netherlands in Salvador.

With just two points from their two remaining qualifiers at home to Luxembourg and away to Ukraine needed to mathematically seal their place in the finals, there is little fear that Spain won’t be in France next year.

And Del Bosque will still have a pool of talent only rivalled by world champions Germany at his disposal come the finals.

Yet, given an underwhelming qualifying campaign has also been interspersed with friendly defeats to France, Germany and the Netherlands, there has been little evidence to suggest that Spain will reign once more come Paris on July 10. – Agence France-Presse